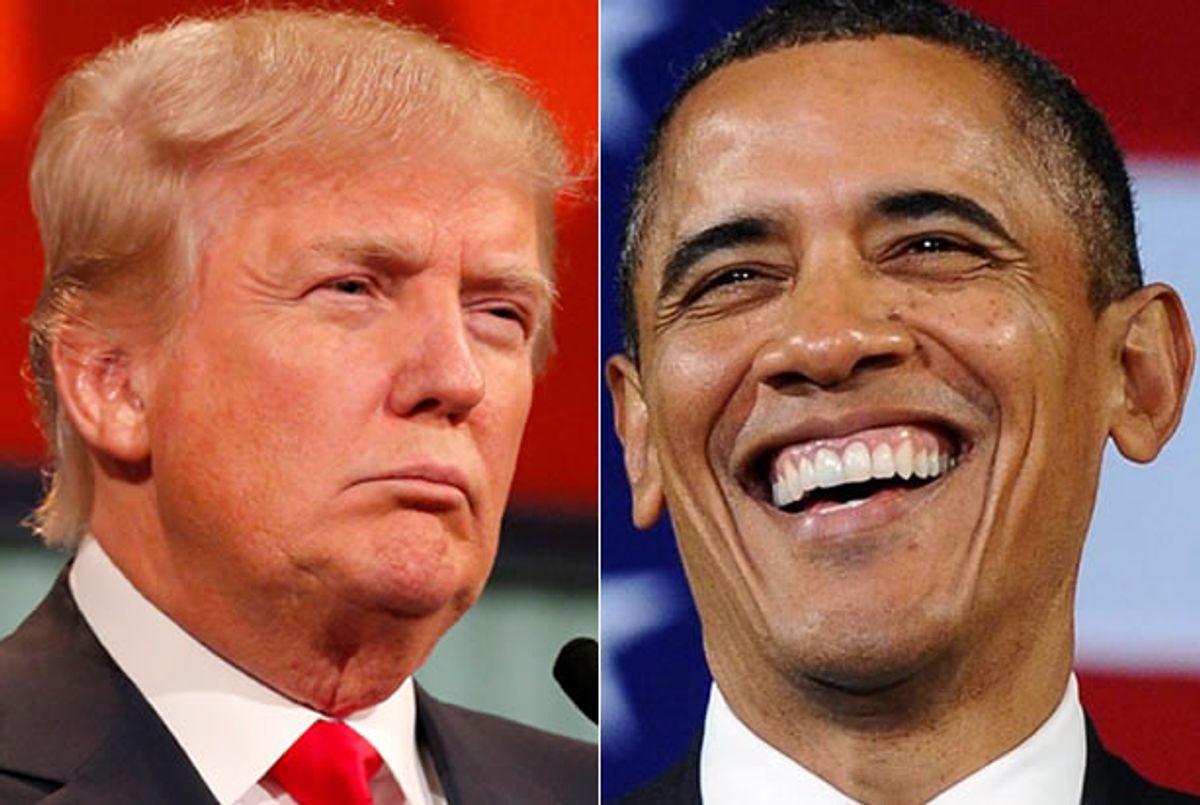 President Donald Trump falsely claimed he "saved" Obamacare's protections for pre-existing conditions despite actively working for years to gut them.

"I was the person who saved Pre-Existing Conditions in your Healthcare, you have it now, while at the same time winning the fight to rid you of the expensive, unfair and very unpopular Individual  Mandate," Trump falsely claimed after trying but failing to dismantle Obamacare and its protections with congressional Republicans.

"If Republicans win in court and take back the House of Represenatives [sic], your healthcare, that I have now brought to the best place in many years, will become the best ever, by far. I will always protect your Pre-Existing Conditions, the Dems will not!" he falsely claimed, referring to a court case in which his administration supports ending Obamacare and its protections for pre-existing conditions.

And Trump's lie could not be any further from the truth.

"People with pre-existing medical problems have health insurance protections because of President Barack Obama's health care law, which Trump is trying to dismantle," The Associated Press stated in its fact-check of Trump's brazen falsehood.

Not only did Trump unsuccessfully push for a repeal of the law, which would have stripped the protections, he also proposed short-term alternatives, which dif not have to cover preexisting conditions, the AP noted.

Trump also seeks to dismantle the protections as part of the court battle that he alluded to in his tweet. His administration sided with states trying to invalidate Obamacare in the case, which would strip protections from people with pre-existing conditions.

Trump's claim that Republicans would act to preserve the protections also falls flat, since the administration has not provided any details in regards to such a plan.

In fact, Democrats asked the Supreme Court to take up the case on an expedited basis while Republicans filed briefs asking the court to hold off on hearing it until after the 2020 elections. About 20 million people are projected to lose their health insurance if Republicans win the case.

"The lawfulness of the act is undoubtedly a matter of the utmost national importance, but the current petitions do not justify immediate, emergency review by the court," a brief filed by Republicans said.

Vox's Katelyn Burns noted the irony of Republicans trying to delay a case they themselves brought to avoid political fallout in the elections.

"If the Supreme Court were to uphold the ACA, Democrats would be able to campaign as the party that defended Obamacare. If it were to be overturned, then Democrats would cast the GOP as the party that dumped 20 million people off their health insurance in an election year," Burns wrote. "It is in Republicans's best interests to avoid that lose-lose scenario, and therefore they have asked the court not to take up the case in the first place."

"An obscene, Orwellian lie, and Dems need to actually make a stink about it rather than just count on fact checkers to do it for them," he wrote. "Otherwise, every other Republican will parrot the lie and the acquiescent media will report that views on who saved pre-ex protections differ."