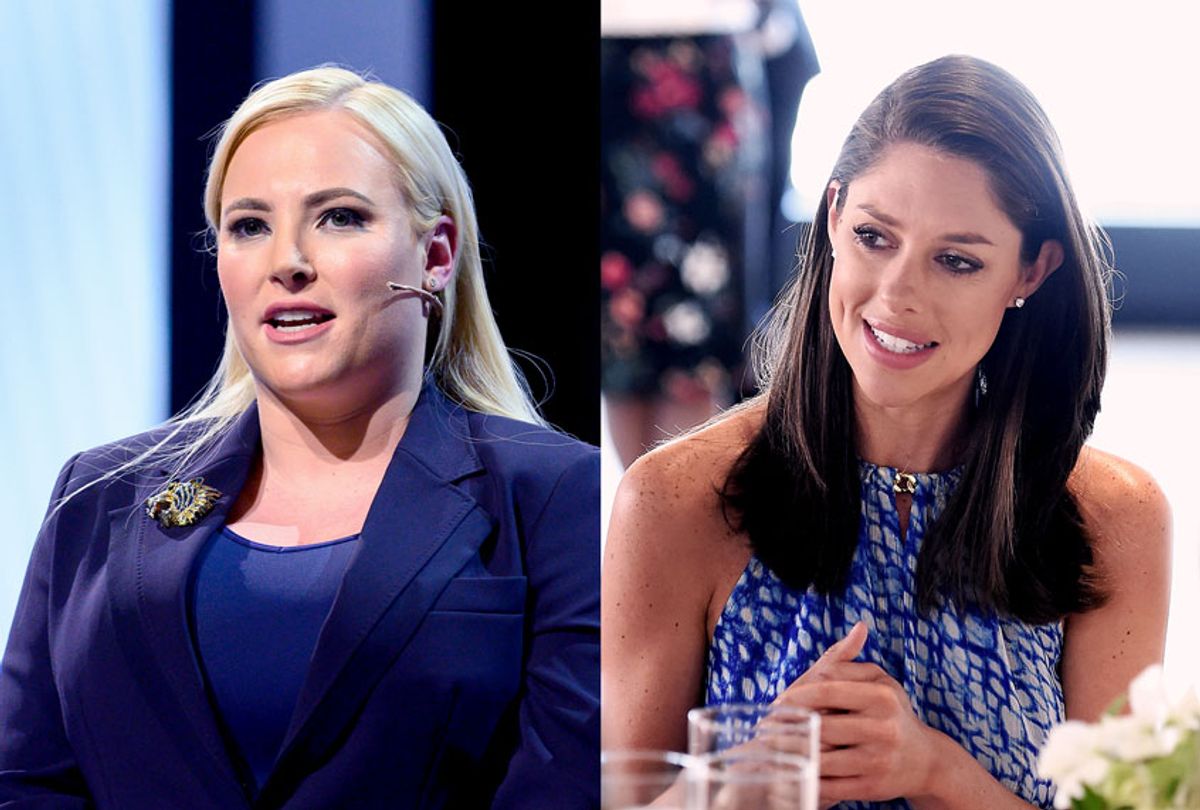 Monday on ABC's "The View," co-host Abby Huntsman made a major announcement: she is leaving the show, and this Friday, January 17 will be her last day. The conservative pundit will be working on the 2020 campaign of her father, former Utah Gov. Jon Huntsman — who is running for that position again. But Brian Stelter and Oliver Darcy of CNN Business are reporting that according to their sources, Abby Huntsman likely has another reason for leaving "The View": a "toxic work environment" and a "soured relationship" with co-host Meghan McCain.

Stelter and Darcy report that "half a dozen" sources who spoke to CNN Business said that there has been tension between McCain and Huntsman, who joined "The View" in 2018. It's no secret that McCain (a Never Trump conservative and daughter of the late Arizona Republican Sen. John McCain) has had a testy relationship with co-host Joy Behar, but while Behar is an outspoken liberal, Huntsman shares many of McCain's right-wing views.

According to Stelter and Darcy, Huntsman and McCain "were allies behind the scenes until recently," but their relationship "soured" over a "recent dispute" involving "child-centric chats" on the show. McCain, who suffered a miscarriage, "confronted Huntsman for bringing up her kids on the show," Stelter and Darcy report.

"Abby was sick of being berated by Meghan for perceived slights," a source told CNN Business. "She ultimately decided she didn't need this job, and it wasn't worth it."

Another source told CNN Business, "Meghan has been miserable there for quite some time, and not because of Abby. She wishes her nothing but the best."

McCain expressed no animosity toward Huntsman on Monday's broadcast, telling her co-host, "I think leading a gubernatorial campaign is a really good reason to leave the show. We all love you so much."