The New Jersey senator, who is black, became the latest Democratic candidate to exit the 2020 race Monday 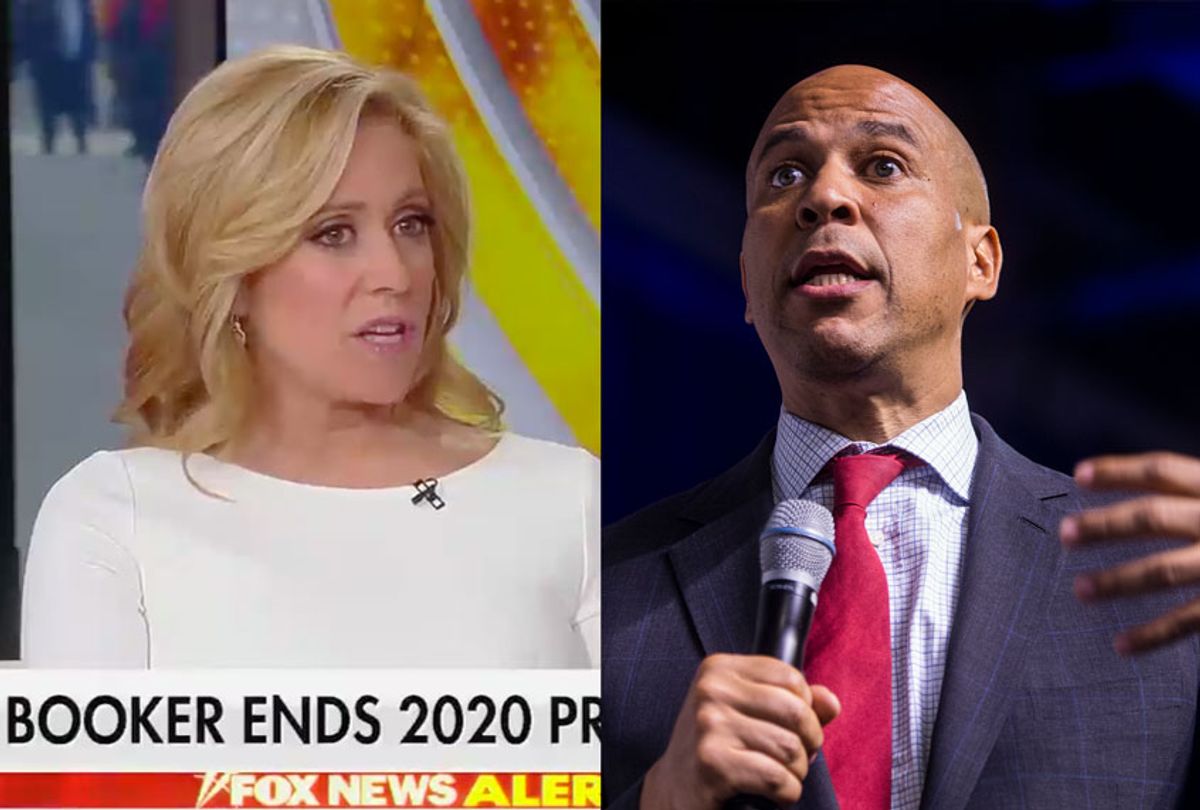 On Monday, Sen. Cory Booker became the latest Democrat to leave the 2020 presidential race. And Fox News' Melissa Francis used Booker's departure to take a cheap shot at the New Jersey senator, claiming he left the race because "he's lazy."

Addressing co-hosts Harris Faulkner, Jeanine Zaino and other co-hosts of Fox News' "Outnumbered," Francis claimed, "We've had Democrats on the couch who've worked with him who say that he's lazy."

Zaino, however, didn't buy Francis' explanation but did assert that Booker lacked a strong message as a presidential candidate.

"I would not suggest that Cory Booker is lazy," Zaino stressed, "but I do think the campaign, from the beginning — he could not find his footing."

Fox News contributor Lawrence Jones had similar thoughts, saying, "Well, he really did not have a message to begin with. He talked about a lot of progressive ideas, but he kind of was under the radar, most of the debates. He did not have a breakout."

You can watch the video below, via Media Matters: