If you want a preview of what four more years of Trump could bring, visit Hungary 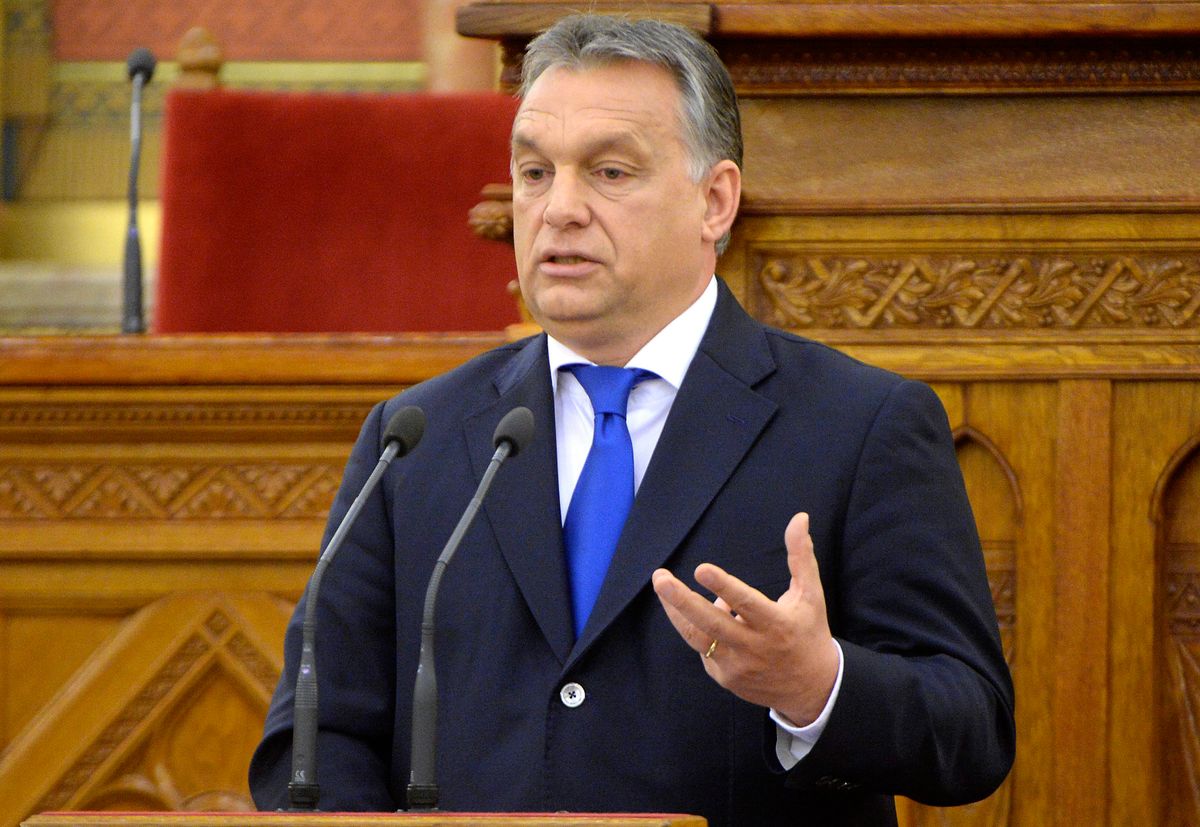 Hungarian Prime Minister Viktor Orban addresses a ceremony held to mark the 5th anniversary of the proclamation of the new constitution in the Parliament building in Budapest, Hungary, Monday, April 25, 2016. (Tamas Kovacs/MTI via AP) (AP)
--

Now that we've entered an election year, there is a lot of speculation about what America could look like if Donald Trump gets another term, by hook or by crook. As Trump uses a crisis he created in the Middle East to distract us from impeachment, increases his chances of reelection, and boosts the fortunes of his buddies in the Military-Industrial Complex, it's important to understand how other demagogic leaders consolidate their power.

In August of 1989, my best friend Jerry Schneiderman and I spent the better part of a week sitting in outdoor cafes on the Buda side of the Danube River, eating extraordinary (and cheap!) food, staying in a grand old hotel, and generally exploring Budapest.

Two months earlier, there had been massive pro-democracy demonstrations involving hundreds of thousands of people, demanding that the Soviet Union let Hungary go. The summer we were there, over a quarter-million showed up in Heroes' Square for the reinterment of the body of Imre Nagy, a hero of the ill-fated 1956 rebellion against the USSR. The final speaker was 26-year-old Viktor Orbán, a rising politician who would soon be a member of Parliament. To an explosion of enthusiastic cheers, Orbán defied the Soviets (the only speaker to overtly do so) and openly called for "the swift withdrawal of Russian troops."

For 20 years, Hungary was a functioning democracy; today, it's a corrupt oligarchy.

In nine short years since he was elected in 2010, Prime Minister Viktor Orbán, now fabulously wealthy by Hungarian standards and an oligarch himself, succeeded in transforming his nation's government from a functioning European democracy into an autocratic and oligarchic regime of single-party rule.

Orbán took over the Fidesz Party, once a conventional "conservative" political party, with the theme of restoring "Christian" purity and making "Hungary great again." His rallies regularly draw tens of thousands.

He campaigned on building a wall across the entirety of Hungary's southern border, a promise he has largely kept.

He altered the nation's Constitution to do what we'd call gerrymandering and voter suppression, ensuring that his party, Fidesz, would win more than two-thirds of the votes in pretty much every federal election well into the future.

He's now packed the courts so thoroughly that legal challenges against him and his party go nowhere.

His party has rewritten grade school textbooks to say that refugees entering the country are a threat because "it can be problematic for different cultures to coexist." Using this logic, he has locked up refugee children in cages.

When the Hungarian Helsinki Committee said "the indefinite detention of many vulnerable migrants, including families with small children, is cruel and inhuman," Orbán said the influx of Syrian refugees seeking asylum "poses a security risk and endangers the continent's Christian culture and identity." He added, "Immigration brings increased crime, especially crimes against women, and lets in the virus of terrorism."

Five years and one week before American Nazis rallied in Charlottesville and murdered Heather Heyer, a group of some 700 right-wing "patriots" held a torchlight parade that ended in front of the homes of Hungary's largest minority group, chanting "We will set your homes on fire!" Orbán's police watched without intervening. In 2013, Zsolt Bayer, one of the founders of Orbán's party, had called the Roma "animals… unfit to live among people." Orbán refused to condemn him or the anti-Roma violence.

Orbán has handed government contracts to his favored few, elevating an entire new class of pro-Orbán businesspeople who are in the process of cementing control of the nation's economy, as those who opposed him have lost their businesses, been forced to sell their companies, and often fled the country.

Virtually the entire nation's press is now in the hands of oligarchs and corporations loyal to him, with talk radio and television across the country singing his praises daily. Billboards and social media proclaim his patriotism. His media allies are now reaching out to purchase media across the rest of Europe to spread his right-wing message.

Last year he began dismantling the Hungarian Science Academy, replacing or simply firing scientists who acknowledge climate change, which he has called "left-wing trickery made up by Barack Obama."

The world, in particular the EU, has watched this nine-year political nightmare with increasing alarm, and even the EU's 2015 and 2018 attempts to essentially impeach Orbán have backfired, increasing his two reelection margins as his handmaids in the media proclaim him a victim of a European "deep state" and meddling foreigners, particularly George Soros (who, ironically, once paid for a young Orbán to studyin Britain).

While he blasts Soros and his own country's Jewish leaders with anti-Semitic tropes, he was feted by Israeli Prime Minister Netanyahu, who called him "a true friend of Israel." Orbán replied, "A Hungarian patriot and a Jewish Israeli patriot will always find something in common."

In May, the same month Rudy Giuliani said he had a former Ukrainian prosecutor willing to testify that Joe Biden was corrupt, Donald Trump invited Orbán to the White House for a state visit; Orbán has been one of Trump's two primary sources of information about how Ukraine opposed or tried to sabotage the U.S. president.

In a rally three months before his White House meeting, Orbán said that countries that accept refugees are producing "mixed-race nations."

Orbán is now back in Hungary, ruthlessly using his own nation's diplomatic and criminal justice systems to aid foreign criminal oligarchs, having hired his own local versions of Bill Barr and Mike Pompeo.

Before you say, "It can't happen here," you may want to make a trip to Budapest.