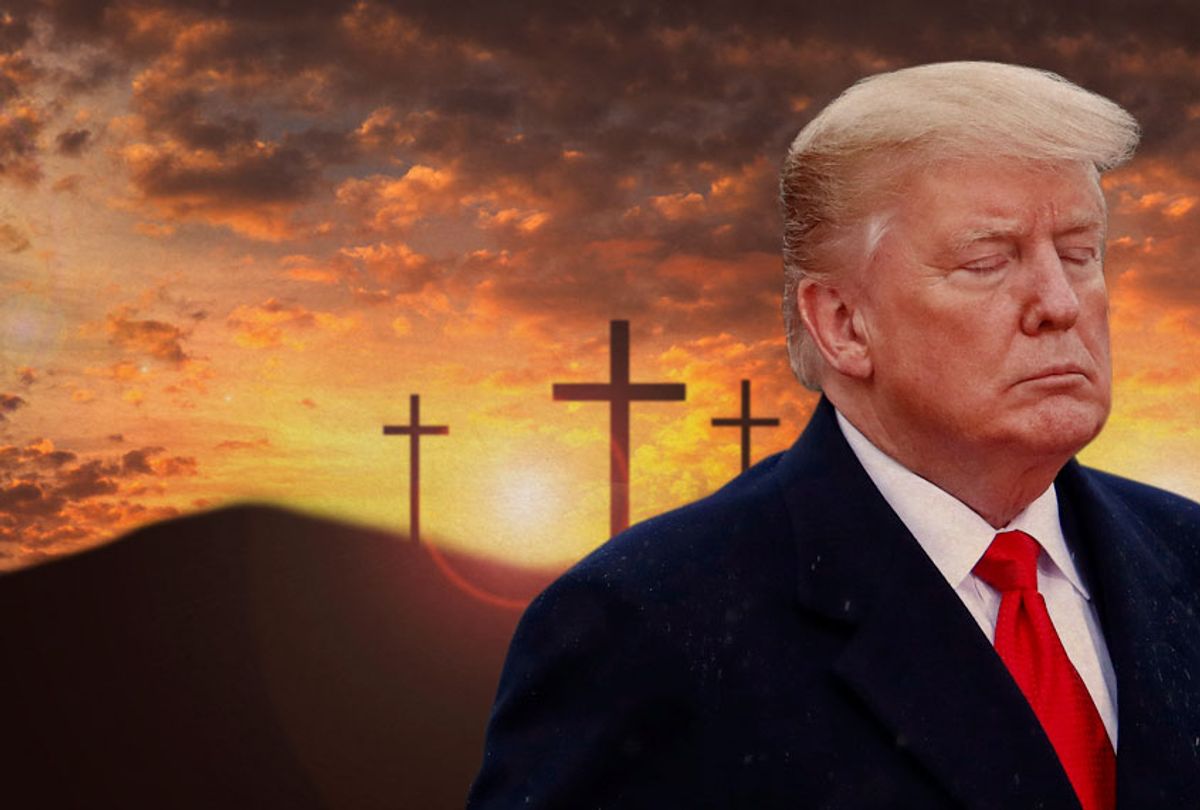 The head of a Jewish Democratic group condemned President Trump's recently announced policies on religion as "a concerted attempt to chip away at the critically important separation of church and state."

"The 'religious freedom' regulations announced by the White House regarding prayer in school and at nine federal agencies represent a concerted attempt to chip away at the critically important separation of church and state," Jewish Democratic Council of America executive director Halie Soifer told Salon by email. "It's also a transparent attempt by the President to pander to his Evangelical base. President Trump is using the pretext of 'religious freedom' to fulfill his broader political agenda as opposed to prioritizing the actual freedom of Americans, as protected by the First Amendment."

On Thursday the Trump administration announced a number of measures that further the agenda of Christian conservatives. Nine federal agencies — including the Department of Justice, the Education Department and the Department of Health and Human Services — will remove restrictions on religious social service providers that use federal tax money requiring them to inform beneficiaries of secular organizations that could provide the same services. The Education Department will compel states to inform the federal government if there are complaints regarding students' rights to pray, even though this requirement does not apply to other discrimination accusations. The department will also submit a guidance letter to the states requiring local districts to certify that they have no rules or regulations conflicting with students' right to pray. In addition, according to BuzzFeed, the Department of Education will issue a draft regulation requiring all public colleges and universities that receive federal funding to provide the same rights, privileges and money to religious students groups that secular student groups have.

"We're trying across the board to invite religious institutions and people of faith back into the public square and say, 'Look, your views are just as valid as anybody else's,' " White House Director of the Domestic Policy Council Joe Grogan told NPR. " 'And, by the way, they're protected by the First Amendment to the Constitution.' "

During a press call on Thursday, Grogan also said that "President Trump is committed to making sure that people of faith, particularly children, are not subjected to illegal punishment or pressure for exercising their constitutionally protected rights. The guidance will remind school districts of the rights of students, parents and teachers and will empower students and others to confidently know and exercise their rights."

On Thursday the White House hosted a number of children from Christian, Jewish and Muslim backgrounds who claimed to have suffered discrimination while practicing their religion for National Religious Freedom Day.

According to the American Civil Liberties Union, students are protected in their expression of religious conviction in a number of ways.

The ACLU further explained that schools may also be required to allow students to wear certain types of religious clothing and to excuse absences for religious holidays. That said, schools are banned from incorporating prayer or other religious activities in class or school events, cannot encourage prayer or other religious activities, and may not teach religious doctrine such as creationism or "display religious symbols and iconography in school unless they have a secular, academic reason for doing so and unless the display avoids signaling support for religion generally or any particular faith."