Scientists have found a "super-Earth" right next door

The nearest star to ours, Proxima Centauri, is believed to harbor another rocky planet kinda like Earth 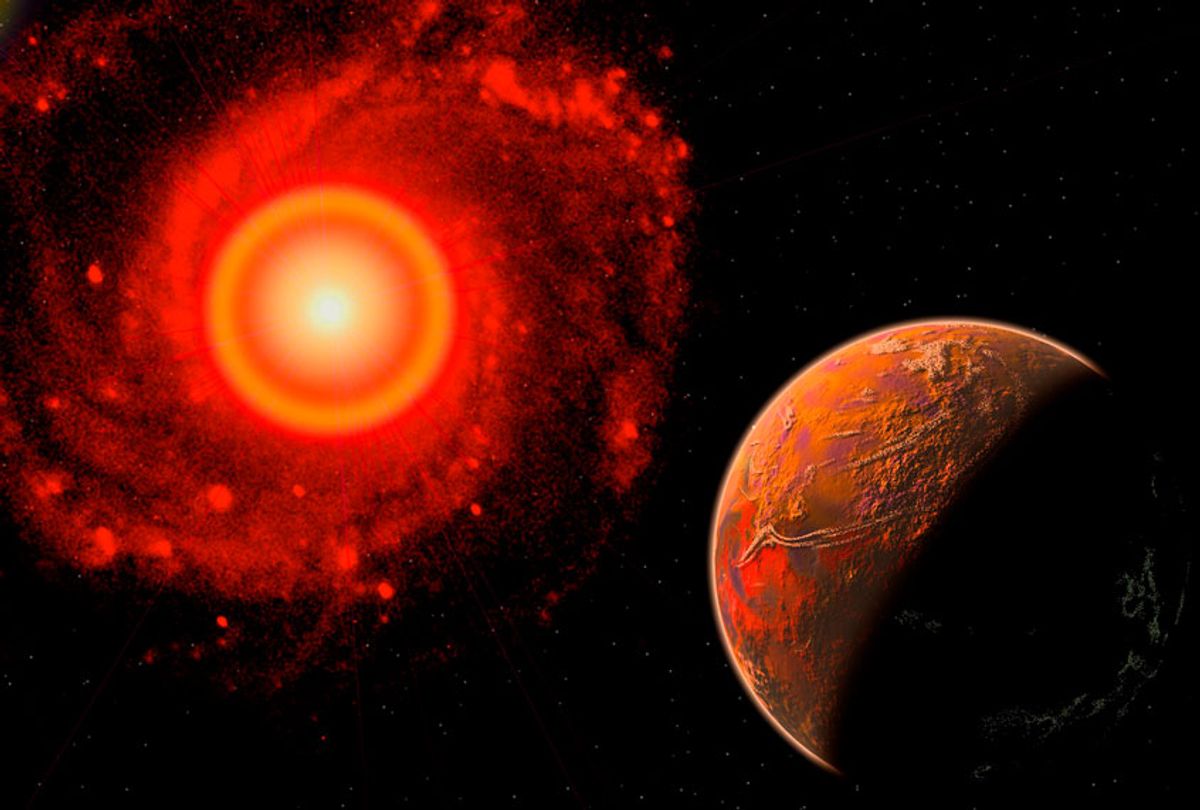 Thirty years ago, no one knew if there were planets outside of our solar system. As astronomers figure out increasingly clever ways to observe even the tiniest (meaning Earth-size) planets in neighboring star systems, we now know that our galaxy is lousy with planets. Yet how many of them are like Earth — and how common Earth-like worlds may be — is still up for debate.

Yet the just-announced discovery of a rocky planet orbiting the nearest solar system to ours, the star Proxima Centauri, came as a surprise to many. Moreover, the finding suggests that Earth-like worlds could be far more common than we imagined.

According to new research published on Jan. 15 in the journal Science Advances, a new exoplanet orbiting our closest stellar neighbor, Proxima c, is a viable candidate for being a "super-Earth" — the designation for rocky worlds slightly larger than Earth, yet without the huge gas envelope that encases gas giants like Saturn and Neptune. Those massive gas giants are believed to have rocky cores around the mass and shape of Earth, once you lift away the hydrogen and helium.

Proxima Centauri is a red dwarf star located 4.2 light years away from Earth. Though that is extremely close in astronomy terms, note that there are 5.88 trillion miles in one light-year, meaning it would take thousands of human years to travel such a distance. For comparison, Pluto, the most distant dwarf planet visited by a human spacecraft, orbits the sun at about 3.67 billion miles, or 5.5 light hours; the New Horizons probe that flew by Pluto took 9 years to travel there and is considered among the fastest-moving man-made objects ever to exist.

In any case, Proxima Centauri is the closest sun-like star we have to our solar system, meaning that once humans start sending out interstellar probes it is certain to be one of the first stars visited.

In the paper, researchers from Italy and Greece propose that the closest super-Earth is not Proxima b, another planet orbiting Proxima Centauri which researchers discovered in 2016, but instead Proxima c. Researchers say that the existence of Proxima c is "highly significant for planet formation models."

"This planet would be the one with the longest period and a minimum mass in the super-Earth regime presently detected with the [radial velocity] technique around a low-mass star," the paper states. "It would also be the first at a distance from the parent star much larger than the expected original location of the snowline in the protoplanetary disk, which was within 0.15 AU."

The "radial velocity technique" is a discovery method used by researchers to identify new worlds by tracking how their parent stars "wobble" in response to gravitational tugs from those planets. Beyond the "snowline" of the solar system means that any water on the planet would likely be frozen. The researchers estimate that Proxima c orbits its host star, Proxima Centauri, every 5.2 Earth years.

"The formation of a super-Earth well beyond the snowline challenges formation models, according to which the snowline is a sweet spot for the accretion of super-Earths, due to the accumulation of icy solids at that location," Mario Damasso, study author and postdoctoral researcher at Italy's National Institute for Astrophysics, told CNN. "Or it suggests that the protoplanetary disk was much warmer than usually thought. In general, there's nothing preventing the existence of Proxima c there where we spot it, but the formation and evolutionary history is a subject worthy of deeper investigation."

The international team of researchers analyzed 17 years of data from the High Accuracy Radial Velocity Planet Searcher (HARPS) and the Ultraviolet and Visual Echelle Spectrograph (UVES) which are both part of the European Southern Observatory telescopes in Chile. They noticed that Proxima Centauri experienced an unknown wobble that could be the result of the gravitational pull of another planet, which came as a bit of a surprise.

"Even the closest planetary system to us may retain interesting surprises," Fabio Del Sordo, an author of the study and postdoctoral researcher in the department of physics at the University of Crete, told CNN. "Proxima Centauri hosts a planetary system that is much more complex than we knew, and we do not know how many unknown features are waiting to be discovered."

As mentioned above, Proxima c isn't the only exoplanet in Proxima Centauri's solar system. In 2016, researchers discovered Proxima b, which is believed to have a similar mass to Earth, and an orbital period of 11 days. While it is also within Proxima Centauri's habitable zone, it is tidally locked, which means only one side of the planet faces its sun. Tidally locked planets are less likely to be hospitable to life, as one side of these worlds would be very hot and the other extremely cold. However, some theorists believe that there may be a "ring" of habitability at the boundary between the hot and cold side, where the sky would appear to be in perpetual twilight, and within which life could theoretically thrive.

As Salon has previously reported, astronomers have catalogued 1,822 potential stars where Earth-like planets could exist. It seems like the chances are high that Earth's twin exists somewhere, although it is questionable whether humans would ever be able to visit.