Lara Trump appears to mock Biden’s stutter at campaign event: “Let’s get the words out, Joe”

"The problem is that's their front-runner, guys, OK?" 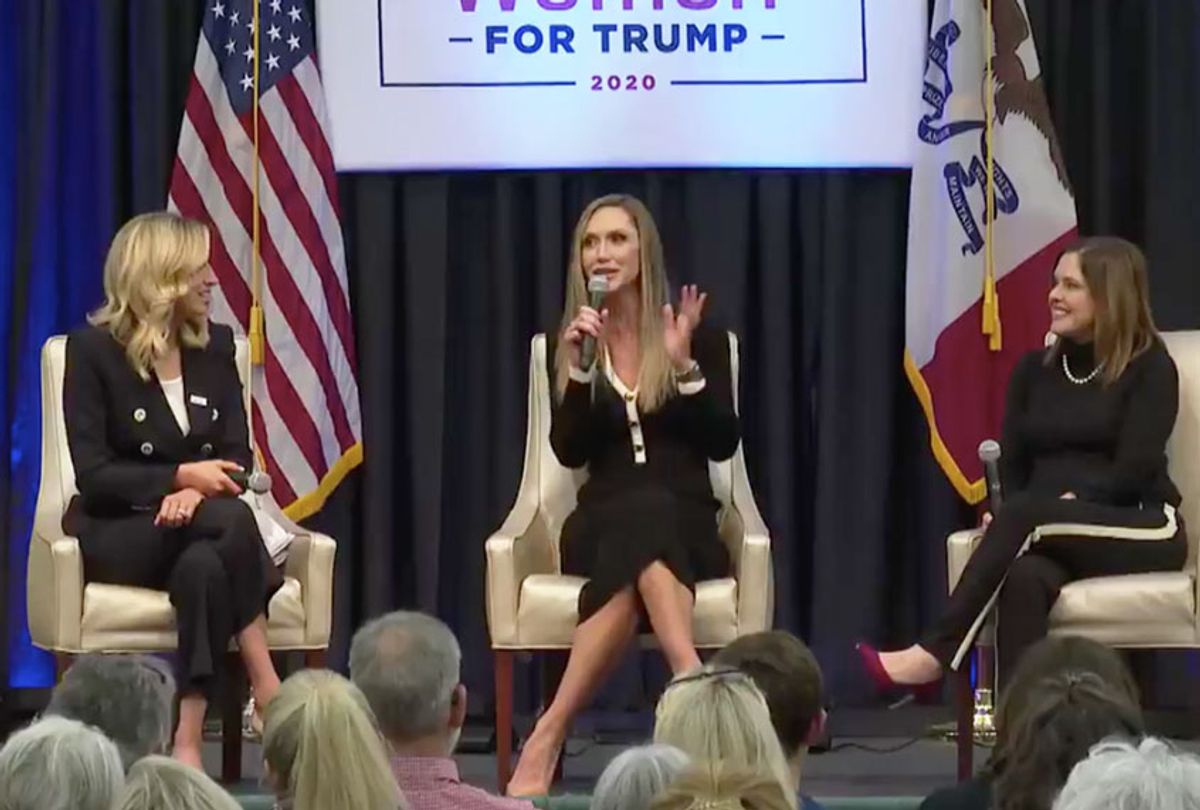 "I feel kind of sad for Joe Biden," Lara Trump, who is the wife of Eric Trump, said. "I'm supposed to want him to fail at every turn, but every time he comes on stage or they turn to him, I'm like: 'Joe, can you get it out? Let's get the words out, Joe.' You kinda feel bad for him. The problem is that's their front-runner, guys, OK?"

Biden has spoken about his struggles overcoming his childhood stutter in the past, opened up about them in a recent interview with The Atlantic. Author John Hendrickson pointed out to Biden that he still seems to struggle with his "r's."

"Well, I may. I-I-I-I-I haven't thought I have," Biden told Hendrickson. "But I-I-I-I don't doubt there's probably ways people could pick up that there's something. But I don't consciously think of it anymore."

"I'm everybody's target; they have to take me down. And so, what I found is—not anymore—I've found that it's difficult to deal with some of the criticism, based on the nature of the person directing the criticism," he added.

Not long after the piece was published, former White House press secretary Sarah Huckabee Sanders mocked Biden's imitation of a child struggling with a speech impediment at a recent debate.

"I've worked my whole life to overcome a stutter," he responded. "And it's my great honor to mentor kids who have experienced the same. It's called empathy. Look it up."

"I actually didn't know that about you and that is commendable," she wrote. "I apologize and should have made my point respectfully."

Biden said at the debate that he frequently gives his personal phone number to people who speak to him about their struggles at campaign events.

"The little kid who said, 'I-I-I-I can't talk. Wh-wh-what do I do?'" he said. "I have scores of these young women and men who I keep in contact with."

Biden told The Atlantic that the childhood stutter was the "best thing that ever happened" to him.

"Stuttering gave me an insight I don't think I ever would have had into other people's pain," he said.