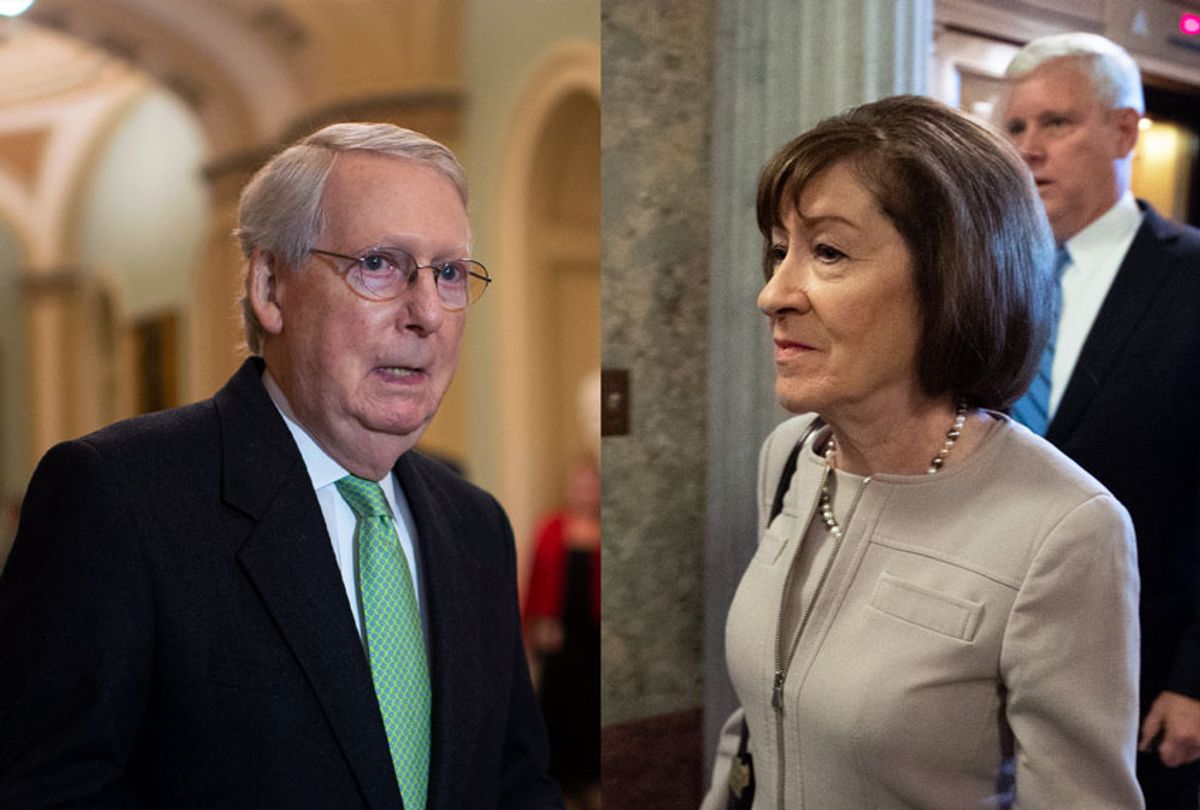 Sen. Susan Collins, R-Maine, has replaced Senate Majority Leader Mitch McConnell, R-Ky., as the most unpopular incumbent U.S. senator, according to the results of a new poll.

The Morning Consult survey found that Collins' dilemma is symptomatic of a broader problem facing the five Republican senators seeking re-election in 2020 in vulnerable states. Though the base of the Republican Party in those states is pro-President Donald Trump, many other voters oppose him, forcing senators to either support Trump and risk alienating swing voters or oppose him and risk defeat in a primary challenge.

Collins has received particular criticism recently for seeming to dismiss new evidence in Trump's impeachment scandal, even though she previously called to see more evidence. The evidence in question pertained to Lev Parnas, a former associate of Trump's lawyer Rudy Giuliani, and his attempts to get Ukraine to open an investigation into former Vice President Joe Biden. A federal judge only allowed the evidence to be released earlier this month.

"I wonder why the House did not put that into the record and it's only now being revealed," Collins asked reporters.

After a journalist pointed out that the evidence had only been made available last week, Collins responded: "Doesn't that suggest that the House did an incomplete job then?"

Two weeks earlier, Collins told Maine Public Radio that she might support Democratic calls for witnesses at Trump's trial after seeing all of the pertinent evidence.

"I think it's premature to decide who should be called until we see the evidence that is presented and get the answers to the questions that we senators can submit through the Chief Justice to both sides," Collins told MPR.

But when former President Bill Clinton was impeached, Collins argued that "I need witnesses and further evidence to guide me to the right destination — to get to the truth."

Collins later issued a statement denouncing the alleged "mischaracterization and misunderstanding about my position on the process the Senate should follow for the impeachment trial."

"I have not made a decision on any particular witnesses," she said. "When we reach the appropriate point in the trial, I would like to hear from both sides about which witnesses — if any — they would like to call."