Global poll: A majority believes that capitalism does more harm than good 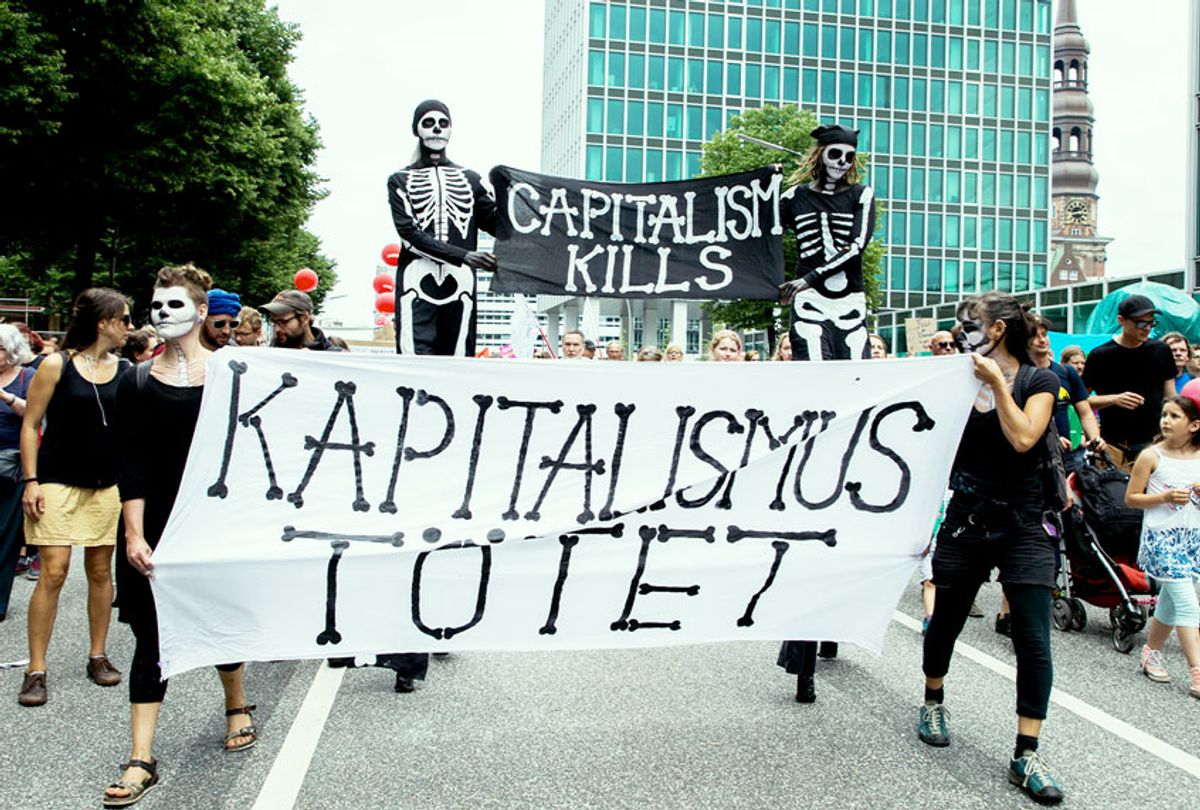 People holding a banner reading 'capitalism kills' attend a protest march against the G20 Summit with the topic 'Solidarity without borders instead of G20' in Hamburg, Germany on July 8, 2017. Organizerg spoke of about 70.000 participants to the demonstration. (Emmanuele Contini/NurPhoto via Getty Images)
--

A global survey out Monday ahead of the World Economic Forum summit in Davos shows that more than half of respondents believe that capitalism in its current form does "more harm than good."

The findings are from the 2019 Edelman Trust Barometer, which polled more than 34,000 respondents in 28 markets to measure trust in government, business, NGOs and media.

Fifty-six percent of respondents said they agreed with the statement, "Capitalism as it exists today does more harm than good in the world." That belief was expressed by a majority across age group, gender and income level divides. In fact, there were just six markets where the majority of respondents did not agree — Australia, Canada, the U.S., South Korea, Hong Kong and Japan.

Strongest support for the statement was found in Thailand (75 percent) and the lowest level in Japan (35 percent). In the U.S., 47 percent agreed with the statement.

The survey also found that 48 percent of respondents believe the system is failing them, while just 18 percent believe it is working for them.

Seventy-eight percent agree that "elites are getting richer while regular people struggle to pay their bills." And in 15 of 28 markets, the majority are pessimistic about their financial future, with most believing they will not be better off in five years' time than they are today. In the U.S., this represents a seven-point drop in optimism since 2019.

None of the four institutions the survey measured were deemed both competent and ethical.

Business ranks highest in competence, holding a massive 54-point edge over government as an institution that is good at what it does (64 percent vs. 10 percent). NGOs lead on ethical behavior over government (a 31-point gap) and business (a 25-point gap). Government is perceived as both incompetent and unethical but is trusted more than twice as much as business to protect the environment and close the income inequality gap.

The findings were rolled out the same day as an Oxfam International report warned of "out of control" economic inequality and said that the world's billionaires — a group of roughly 2,100 people — possess more wealth than the planet's 4.6 billion poorest residents.

They also come as the U.S. marked Martin Luther King Jr. Day, with progressives issuing reminders of King's 1967 warning that the "evils of capitalism are as real as the evils of militarism and evils of racism."