Some sharks have learned to walk — but don't panic just yet 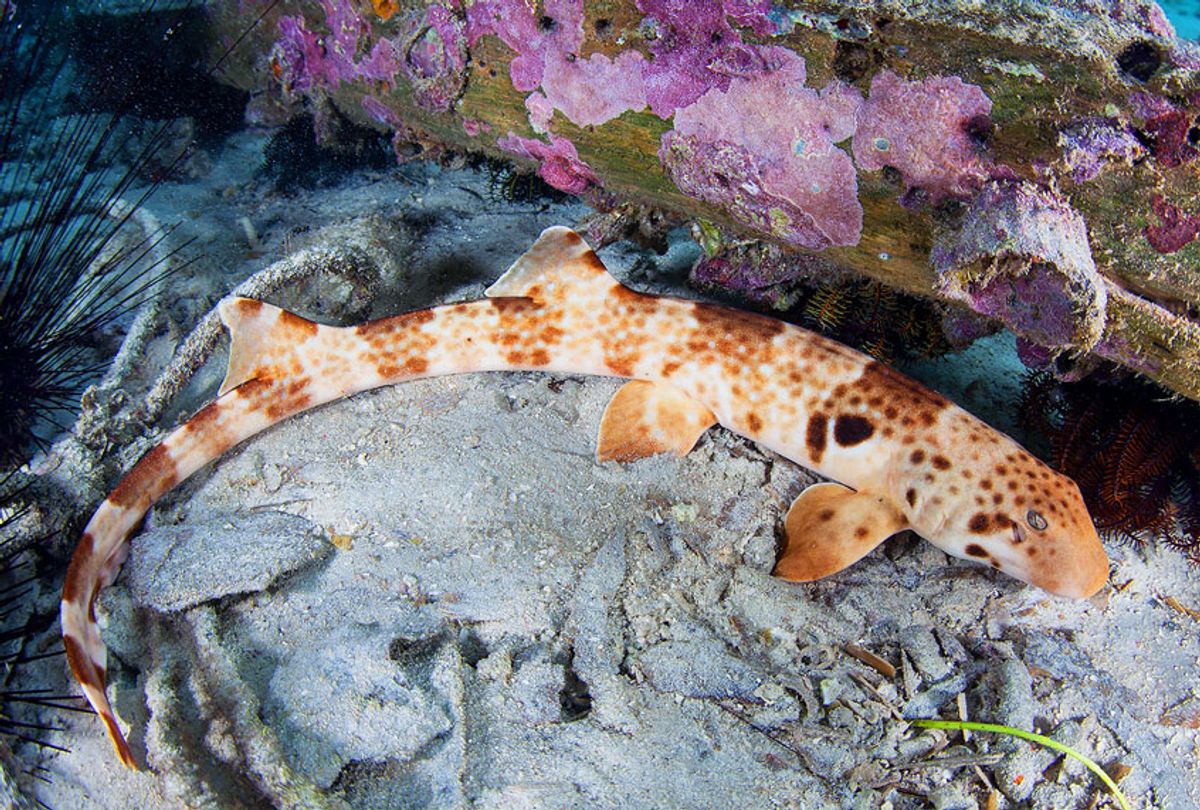 A walking Epaulette Shark (Hemiscyllium freycineti) crawls across the seafloor in Raja Ampat, Indonesia. While this shark isn't the newly discovered species, it is one of the nine separate but closely related species of shark that can all walk. (Getty Images/Ethan Daniels/Stocktrek Images)
--

Now, it appears that Perry and SNL prophesied a new marine biology discovery. According to a study published on Monday in the journal Marine and Freshwater Research, scientists have discovered four new species of sharks that have evolved to walk on land. The ocean predators are known as epaulette sharks.

This brings the number of species of walking sharks up to nine, and researchers believe there are more to be found.

In the study, researchers at the University of Queensland explain that these walking sharks belong to the Hemiscyllium family, which is a new lineage of sharks. Using special fins, they pull themselves across reefs in their habitat off the coast of northern Australia and New Guinea, even when they aren't underwater. In other words, they use their fins to walk.

The walking sharks were discovered during a 12-year study. Researchers say their ability to withstand low oxygen environments and walk on their fins gives them an advantage as predators of small crustaceans and molluscs.

"Epaulette or walking sharks are small and able to withstand the pressures of gravity when they come out of the water," Dr. Christine Dudgeon, a research fellow at the University of Queensland and author of the study, told Salon in an email.

In the study, researchers estimate the species are all related and thus descended from a recent common ancestor. This assumption was borne out of mitochondrial DNA studies.

"We estimated the connection between the species based on comparisons between their mitochondrial DNA which is passed down through the maternal lineage," Dr Dudgeon said in a media statement.

"Data suggests the new species evolved after the sharks moved away from their original population, became genetically isolated in new areas and developed into new species," Dudgeon added. "They may have moved by swimming or walking on their fins, but it's also possible they 'hitched' a ride on reefs moving westward across the top of New Guinea, about two million years ago."

There are other large marine animals whose evolutionary ancestors once walked in prehistoric times, such as whales. Last year, a fossil of a 43-million-year-old whale found in Peru showed how a nine-foot long whale was capable of bearing its weight on its limbs on land, and being fully aquatic.

Dudgeon told Salon it would be very unlikely that bigger sharks, like Great Whites, would ever evolve to walk on land.

"Great white sharks are very heavy, and I don't think it would be possible for their fins to become muscular enough lift their bodies out of the water," Dudgeon said.

The walking shark study has opened the door to more questions about what unusual, undiscovered forms of life live in Earth's oceans.

"There are many discoveries left to find,"  Dudgeon said. "And this study does not even focus on animals in the deep sea but rather in very shallow water where they are accessible."