Trump was impeached by the House of Representatives on two articles: abuse of power and obstruction of Congress 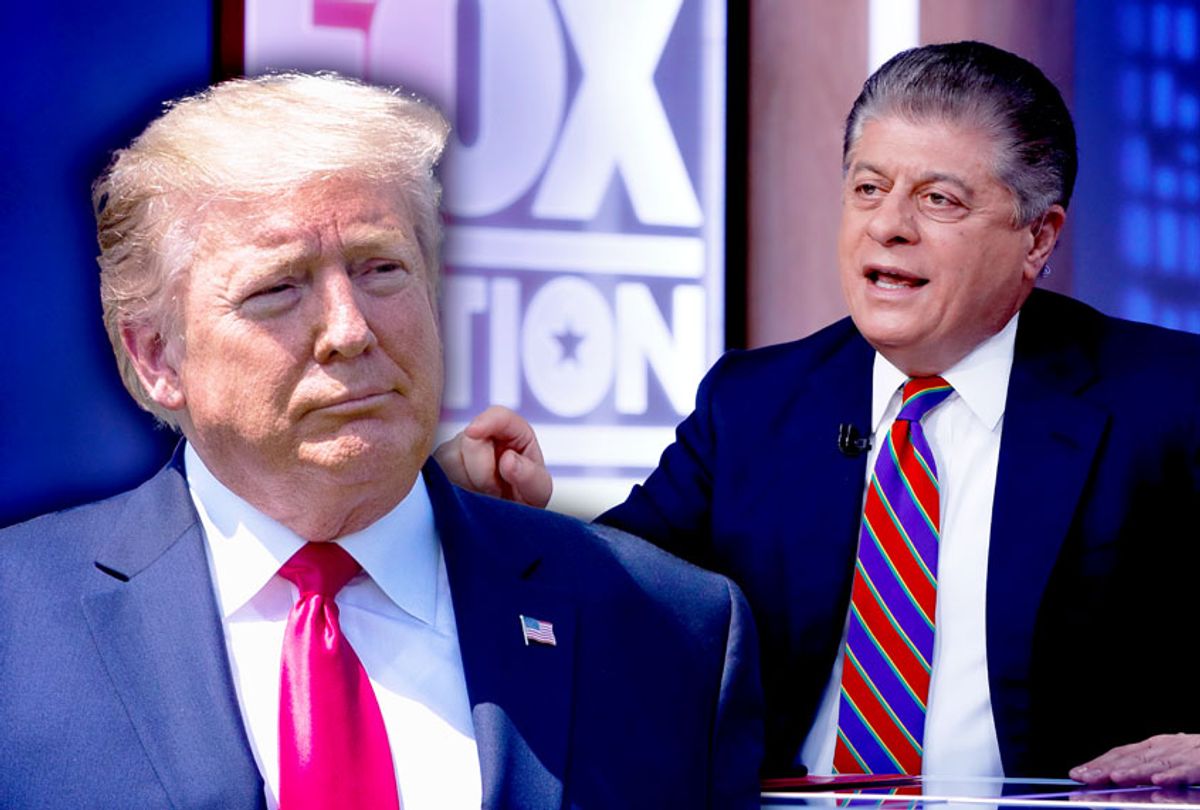 Judge Andrew Napolitano, the Fox News legal analyst who has not been shy of criticizing President Donald Trump, has concluded that there is "ample and uncontradicted" evidence to support the commander-in-chief's removal from office by the Senate.

"What is required for removal of the president? A demonstration of presidential commission of high crimes and misdemeanors, of which in Trump's case the evidence is ample and uncontradicted," Napolitano wrote at the conclusion of his latest op-ed for the right-leaning network.

The legal analyst arrived at his judgement after first reviewing the case established by Trump's own actions. The president was impeached by the House of Representatives on two articles: abuse of power and obstruction of Congress.

"The abuse consists of his efforts to extract a personal political 'favor' from the president of Ukraine as a precondition to the delivery of $391 million in military aid," Napolitano wrote. "The favor he wanted was an announcement of a Ukrainian investigation of former Vice President Joseph R. Biden and his son Hunter."

Napolitano added that the Government Accountability Office found that Trump's request "was a violation of law, because only Congress can impose conditions on government expenditures. So, when the president did that, he usurped Congress' role and acted unlawfully."

Arguing that the writers of the Constitution intended for "high crimes" to refer to "behavior that is so destructive of the constitutional order that it is the moral equivalent of statutory crimes," the judge argued that Trump's actions clearly apply.

"Federal election laws proscribe as criminal the mere solicitation of help for a political campaign from a foreign national or government. There is no dispute that Trump did this. In fact, the case for this is stronger now than it was when the House impeached him last year. Since then, more evidence, which Trump tried to suppress, has come to light," Napolitano wrote.

The evidence cited included "officials' emails that were obtained by the media pursuant to the Freedom of Information Act," which prove "that Trump ordered a halt on the release of the $391 million within minutes of his favor request, and the aid sat undistributed until congressional pressure became too much for Trump to bear."

Napolitano also discussed Trump's alleged obstruction of Congress, saying that "when the House Select Committee on Intelligence sought the emails unearthed by the press and then sought testimony from their authors, Trump thumbed his nose at the House. Instead of complying with House subpoenas or challenging them in court, Trump's folks threw them in a drawer."

Napolitano has been an outspoken critic of Trump despite the two men being friends in the past. In a 2018 interview with Salon, Napolitano said he does not believe his friendship with the president should hinder how he speaks about him.

"My job is to be intellectually honest, to explain the Constitution and the law and occasionally Economics 101 as I understand them to be. Sometimes that conflicts with what the President that wants to hear. If I do it in an intellectually honest way, I'm satisfied with what I've done," Napolitano said. "That does not always please everybody, but my job is to please the people I work for, who require intellectual honesty of me. My position is a little unique because the President has been a friend of mine for 25 or 30 years and, occasionally, I hear from him on these things in his own unique and inimitable way.