A consummate journalist, the anchor and debate moderator is remembered for his integrity and dedication to truth 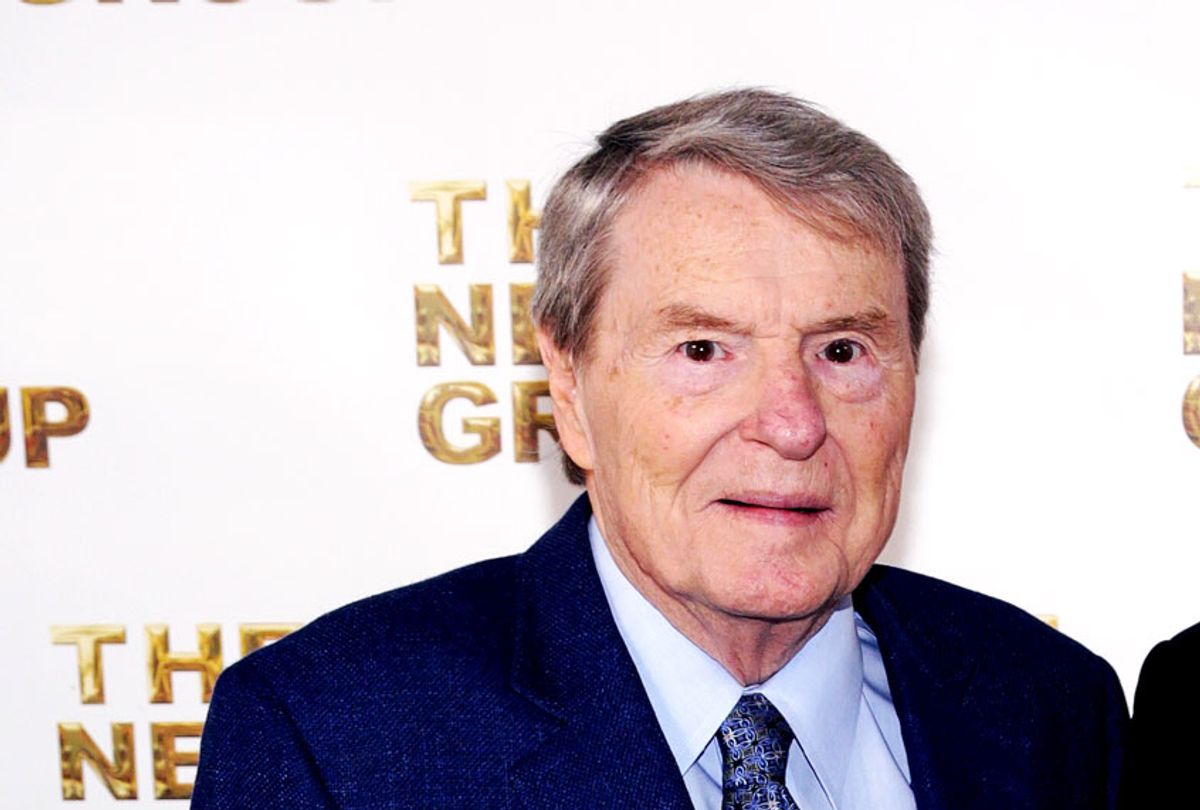 James Charles "Jim" Lehrer, the executive editor and news anchor for the "PBS Newshour" on PBS, died in his sleep at his home in Washington, D.C. on Thursday at the age of 85, according to a press release by PBS. He had been born in Wichita, Kansas on May 19, 1934 although he was primarily raised in Texas. The cause of death is currently unknown.

After graduating from Victoria College in Texas and the University of Missouri, where he studied journalism, Lehrer served in the Marines for three years in the late 1950s before covering local politics for a pair of Texas newspapers — the Dallas Morning News and the Dallas Times-Herald — from 1959 to 1966. In 1968 he became the city editor for the Times-Herald, and eventually became a television personality due to his work at public station KERA, which was also located in Dallas. Eventually he joined fellow journalist Robert MacNeil at PBS — then known as the National Public Affairs Center for Television, or NPAT — where the two men received positive reviews for their objective coverage of the Watergate hearings in 1973.

By October 1975, Lehrer had joined MacNeil on "The Robert MacNeil Report," a program that later became "The MacNeil/Lehrer Report." In 1983 it was expanded to a one-hour long format and renamed "The MacNeil/Lehrer NewsHour." After MacNeil retired in 1995, it was retitled to "The NewsHour with Jim Lehrer" and later in 2009 to "PBS NewsHour," the title it still holds today.

In addition to his work with PBS, Lehrer became famous for moderating a number of presidential debates between 1988 and 2012. In 1996 and 2000, he moderated all of the presidential debates, the first person to ever accomplish that feat. Lehrer was also an accomplished novelist, playwright and memoirist. He stepped down as the full-time anchor of the NewsHour in 2011.

"I am devastated to share news that my dear friend and cofounder of the @NEWSHOUR Jim Lehrer died today at home. Sending love to his Kate and their family," PBS NewsHour anchor Judy Woodruff tweeted on Thursday. Her sentiments were echoed by CNN anchor Jake Tapper, who tweeted, "Oh no.... Jim Lehrer has passed away. What a loss. A wonderful man and superb journalist." Robert Costa, the National Political Reporter from The Washington Post, tweeted that Lehrer was "a friend and mentor to many" and commented that it was "a sad day but his legacy and example will carry on. I will miss him, particularly the love of country and politics he brought to everything he did."

Lehrer is survived by his wife Kate, a novelist who he married in 1980, and their three daughters and six grandchildren