Trump's Doral resort more than doubled its rates before the president's visit was announced: report

The stays are expected to cost taxpayers thousands of dollars, most of which will go directly to the Trump property 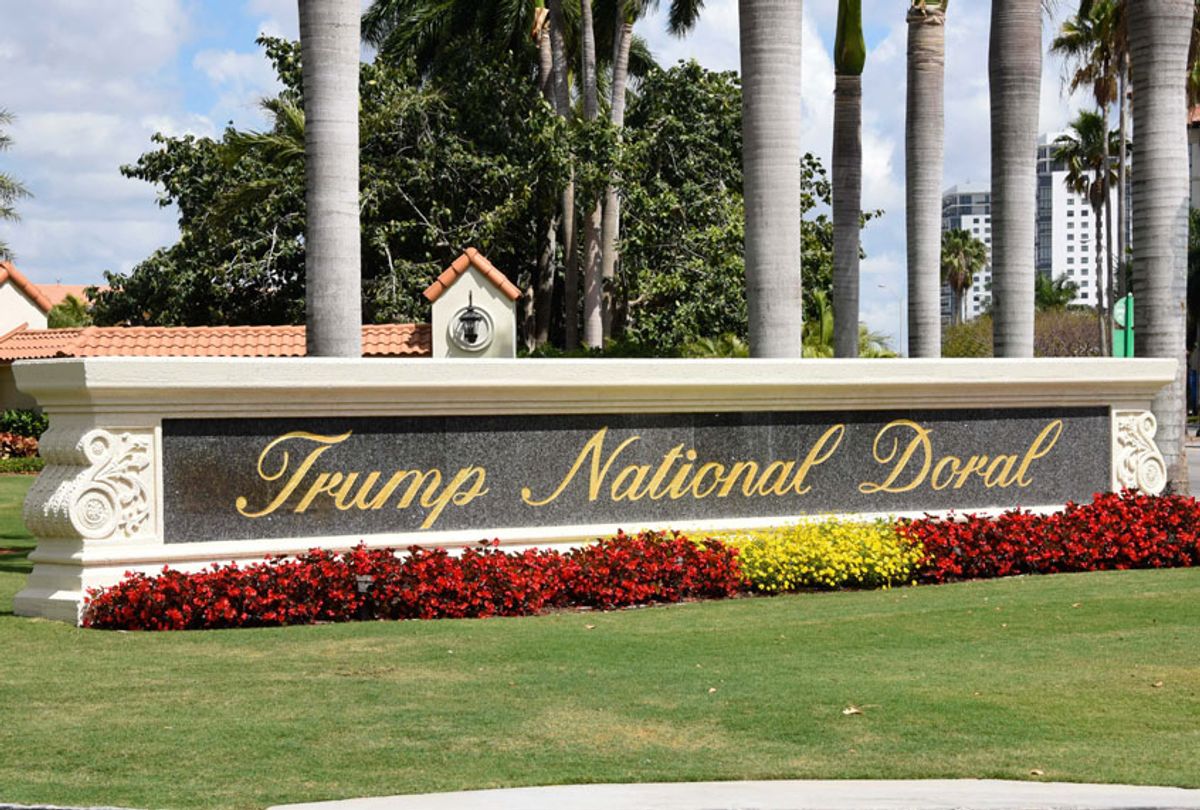 President Donald Trump's Doral resort more than doubled its rates before his Thursday visit to the property for a Republican National Committee gathering was announced by the White House, HuffPost reported.

The RNC decided to host its annual winter meeting at the Trump National Doral last year in the days after Trump backed off his plan to host the next G-7 Summit at the resort. Trump was not originally scheduled to attend the gathering, but he began to consider heading there last week, according to the report.

Around the same time, the rates for the least expensive rooms at the property shot up from $254 to $539 for the dates leading up to and during Trump's visit, according to HuffPost's price tracking. The new figure is exactly $7 lower than the maximum "per diem" rate, which the federal government requires government employees to follow.

Though Trump is only scheduled to be at the property for several hours, dozens of Secret Service agents and White House "advance team" aides typically arrive at properties multiple days in advance to prepare for the president's visit.

The stays are expected to cost taxpayers tens of thousands of dollars, most of which will go directly to the Trump-owned property. The RNC is also expected to spend about $500,000 on the event, along with out-of-pocket costs paid for by the 168 individual RNC members, according to HuffPost.

The RNC did not say how much it would spend on the event, but Federal Election Commission records revealed that it paid more than $169,000 to the Trump Doral in November, likely as a deposit, and previously spent more than $600,000 on its 2018 spring meeting at the property, the outlet reported. The RNC later paid the Trump Doral another $84,000 to hold a fundraiser there last June.

Trump's properties have repeatedly increased prices ahead of political events held by Republicans.

After Trump secured the 2016 Republican nomination, he charged his campaign five times more to use the same space they had used at Trump Tower, increasing the rate from $35,000 per month to more than $169,000 per month.

Trump's Mar-a-Lago resort also refused to drop its prices below the legally allowed limit for administration officials staying there in 2017, according to documents obtained by the group Property of the People. The White House later reimbursed a bar bill of more than $1,000 for staffers after the State Department refused to cover the cost.

Trump's Washington hotel tripled its rates ahead of a Senate Republican fundraising retreat last year, according to the watchdog group Citizens for Responsibility and Ethics in Washington, and has already increased its cheapest rates to $1,600 for election night this year.

"Not only is the president personally profiting from his office by the increased political patronage of his business, the business raises rates when he does so he'll profit even more," CREW's Jordan Libowitz told HuffPost. "What we're seeing is a blending of Trump's political career and his business, which is certainly not something you want to see from the president of the United States."