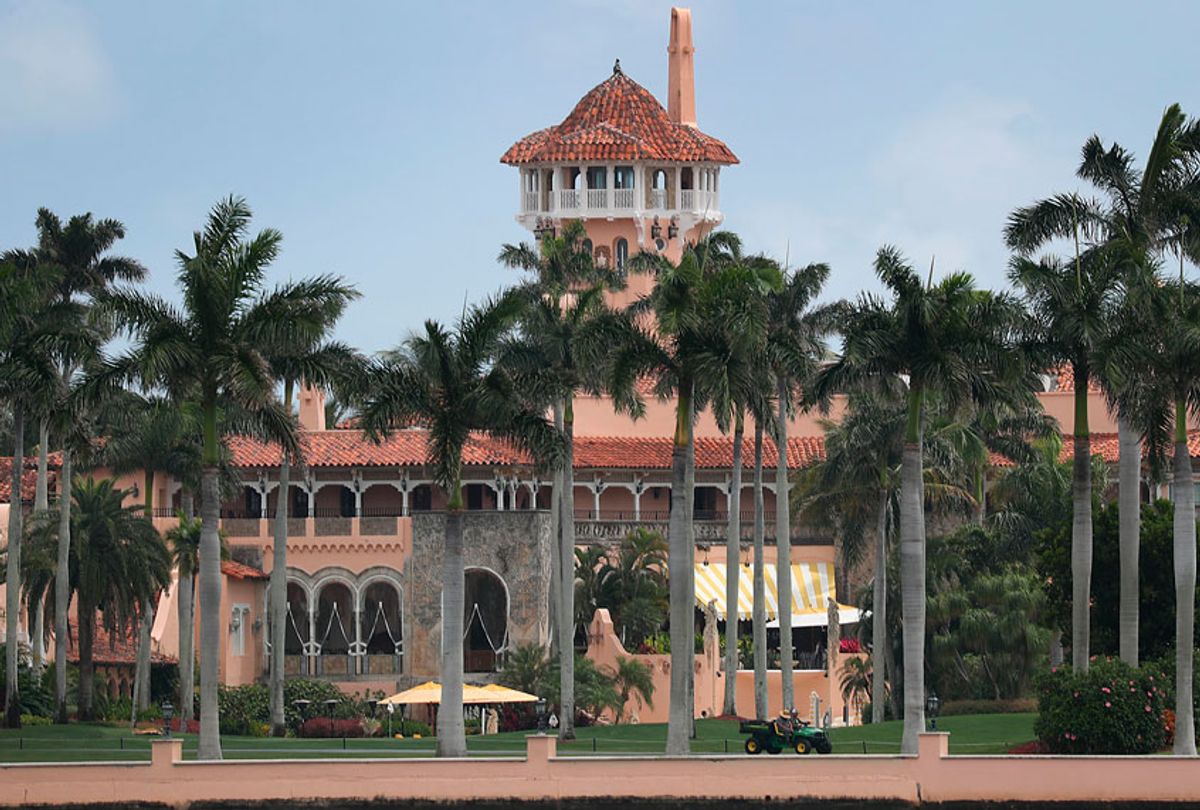 A new controversy has emerged over a Mar-a-Lago bar tab that was charged to the State Department.

The incident in question occurred in April 2017 when President Donald Trump and his advisers had a private meeting at the Mar-a-Lago library bar with Chinese President Xi Jinping and his closest advisers, according to the podcast "Trump, Inc.," as covered by ProPublica. As the podcast explains:

Six days later, on April 13, Mar-a-Lago created a bill for those drinks, tallying $838 worth of alcohol plus a 20% service charge. It covered 54 drinks (making for an average price of $18.62 each) of premium liquor: Chopin vodka, Patron and Don Julio Blanco tequilas and Woodford Reserve bourbon. Watson’s email did not specify how many people consumed the alcohol or who the participants were. (It stated that she was told the participants included then-strategist Steve Bannon and then-deputy chief of staff Joe Hagin. Bannon, who has said he stopped drinking years ago, said he didn’t drink at Mar-a-Lago and didn’t recall the episode. Hagin did not respond to requests for comment.)

The report added that "the bill was sent to the State Department, which objected to covering it. It was then forwarded to the White House, which paid the tab."

As New York Times best-selling author Laurence Leamer explains in his new book,“Mar-a-Lago: Inside the Gates of Power at Donald Trump’s Presidential Palace,” Trump's resort antics reveal much of how the president now behaves in the White House.

This is not the first time that Trump's unwillingness to divest himself from his business empire, and his regular use of his personal businesses when engaged in government work, has drawn scrutiny. When the president continues to be involved in his businesses while supposedly serving the American people, a potential conflict of interest arises. Similarly when the president uses his private businesses for government work like hosting summits, there is the possibility that he could be compromised and/or enrich himself at the public's expense. Concerns have arisen from Trump allowing political organizations, lobbyists and even foreign governments to patronize his hotels and resorts to providing de facto advertising for his businesses when he chooses to vacation there while in office.

"Congress must be vigilant against the potential for President Trump to enrich himself and his family at the expense of the average American," Sen. Martin Heinrich, D- N.M. to Salon in June 2017 when releasing a report on how corruption hurts the American economy. "The president and his family’s conflicts of interests are inexcusable and unacceptable, and could depress economic output by over $1,000 per person just in one year. Not only are these practices dangerous, but harmful to the economic security of American families across the country."

He added, "The purpose of this report is to highlight the real economic impacts of President Trump’s conflicts of interest, and the harm some of his business interests and financial conflicts could cause. The stakes are high and the risks are real. It’s not just about how the president, his family, and his administration benefit from these conflicts of interest—but how they could hinder economic growth in the long term."

Heinrich also argued that "the stakes are high and the risks are real. It’s not just about how the president, his family, and his administration benefit from these conflicts of interest—but how they could hinder economic growth in the long term."