Anita Hill: It's too late for Joe Biden to apologize for botching Clarence Thomas hearings 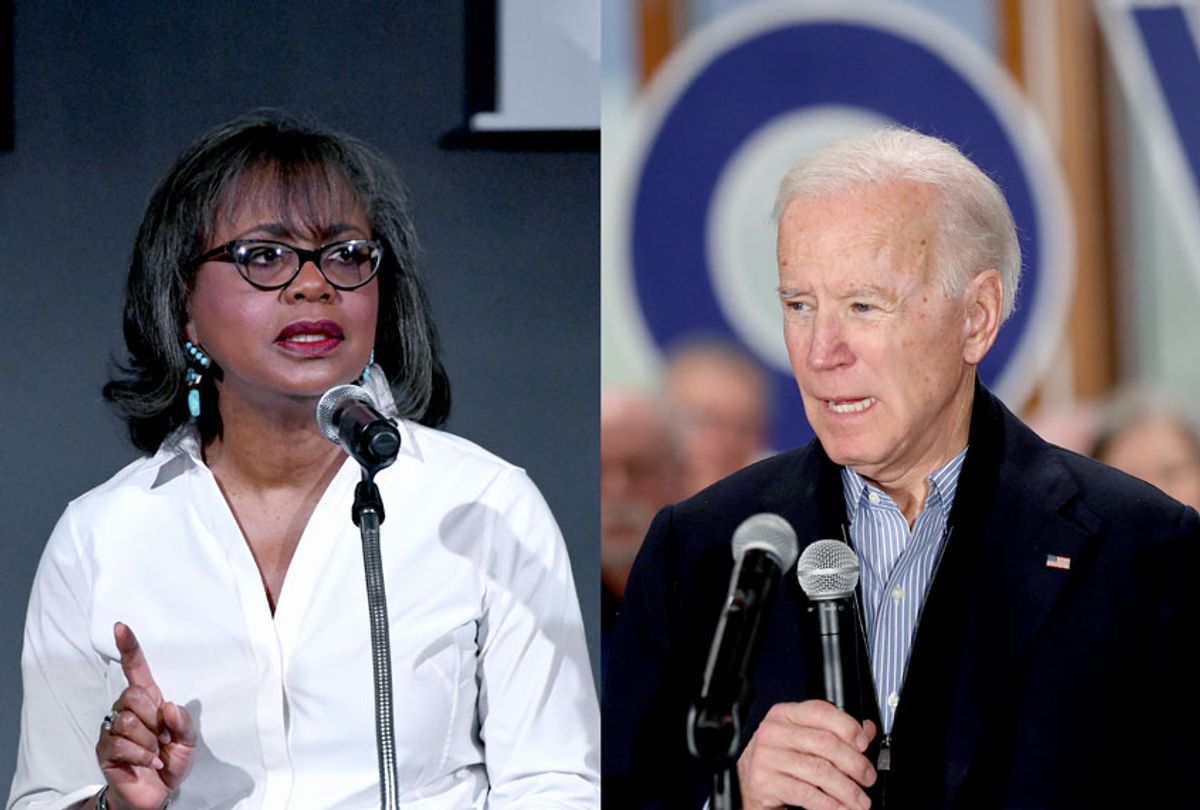 Anita Hill, the law professor who accused Justice Clarence Thomas of sexually harassing her during his Supreme Court confirmation hearing in 1991, told an audience at the University of Iowa on Thursday that she would not accept an apology from former Vice President Joe Biden for his treatment of her at the time. Biden has been a consistent frontrunner in the 2020 Democratic presidential campaign.

"The statute of limitations for his apology is up," Hill told the audience after she was asked how hard it would be for the former Vice President to simply admit he was wrong, according to BuzzFeed. She added, "Here is what I want now. … What are you going to do about it? What are you going to do today? Will you promise as leader of this country ... would you promise to use all of your energy to address the problem as it happened and to prevent it from happening to another generation? That's what I want to hear."

Biden, who chaired the Senate Judiciary Committee at the time of the Thomas hearings, has been criticized by Hill for not allowing other women to testify about alleged sexual harassment by Thomas, refusing to seriously investigate her accusations, and "misleading" her about whether she would be allowed to testify before Thomas did. (Biden had indicated that she would testify first, Hill has said, but then allowed Thomas to precede her and preemptively rebut her claims.) Hill also says that Biden failed to restrain Republicans who smeared Hill's reputation, from Sen. John Danforth of Missouri recruiting a forensic psychologist to accuse Hill of "erotomania" to Sen. Orrin Hatch of Utah, who brandished a copy of "The Exorcist" throughout the Hill hearings.

In April, Biden called Hill to discuss the matter, although she said that she did not consider his words to constitute an apology. She told The New York Times at the time that "what happened was that the process went completely off track, it was not managed well, there was no transparency; there was no clarity as to what information was being shared. And I will just say this: It set the stage — from 1991 — set the stage for what happened" in 2017 with the #MeToo movement.

The following month, Hill wrote an editorial for The New York Times in which she argued that Biden's failure to stand up for her during the Thomas hearings had a detrimental impact on women's rights overall.

"If the Senate Judiciary Committee, led then by Mr. Biden, had done its job and held a hearing that showed that its members understood the seriousness of sexual harassment and other forms of sexual violence, the cultural s**t we saw in 2017 after #MeToo might have begun in 1991 — with the support of the government," Hill wrote.

She later added, "Even worse, a new generation was forced to conclude that politics trumped a basic and essential expectation: that claims of abuse would be taken seriously.