"#MeToo might have begun in 1991" if Joe Biden had done his job, Anita Hill says 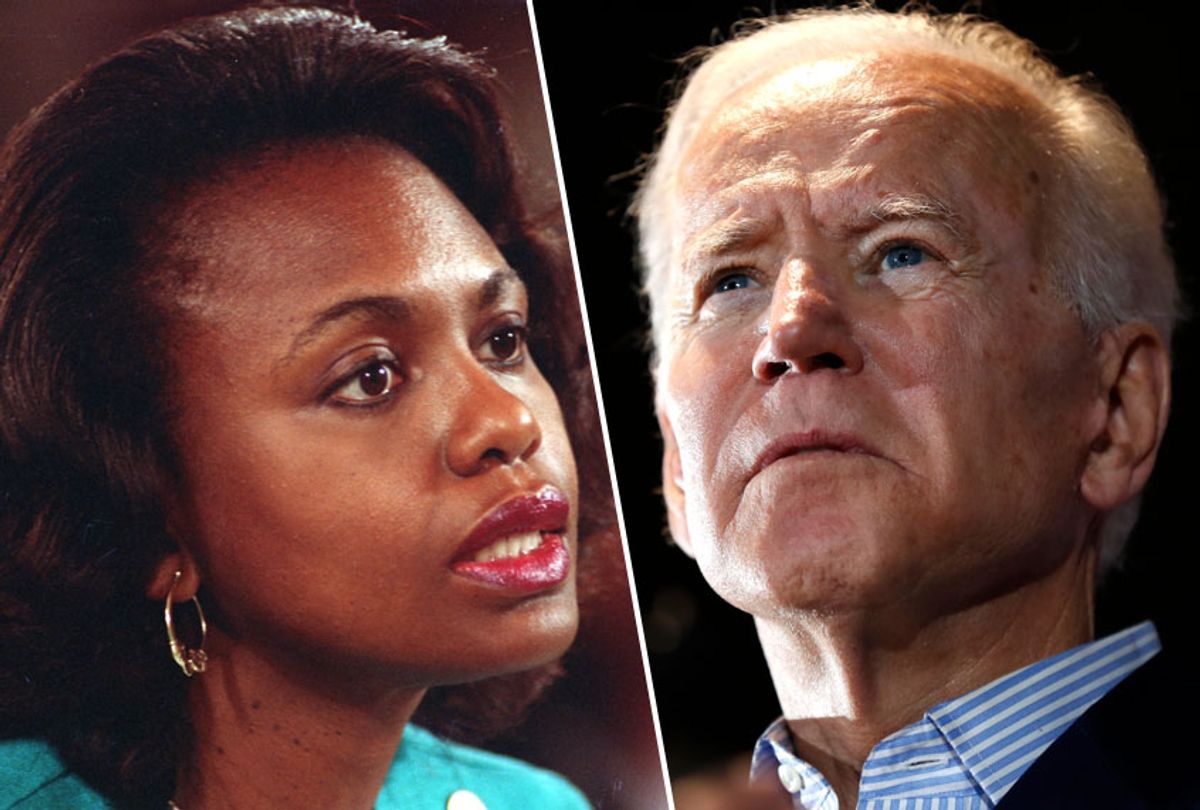 Law professor Anita Hill wrote Thursday in a new op-ed that the #MeToo movement countering sexual misconduct might have begun decades earlier if the Senate Judiciary Committee, then chaired by 2020 Democratic presidential candidate Joe Biden, had given her a fair hearing after she accused then-Supreme Court nominee Clarence Thomas of sexual harassment more than 30 years ago.

Biden's handling of Hill's testimony in 1991 has come under renewed scrutiny in recent months against the backdrop of the #MeToo movement and the former vice president's presidential run. Biden, then a U.S. senator from Delaware, is perceived by critics as not having done his due diligence at Hill's hearing. They argue that Biden let Republican lawmakers mock and smirk at Hill, implying that sexual harassment in the workplace was normal while the senator from Deleware did little to stop the all-white and all-male panel's aggressive lines of questioning. Although there were other witnesses present to corroborate Hill's testimony, Biden did not call them to the stand.

The former vice president said he called Hill last month to express his regret for his conduct at the proceedings. Hill, now a law professor at Brandeis University, has said that conversation left her unsatisfied. She added that she is not convinced Biden has truly taken full responsibility for his behavior.

However, in an op-ed published Thursday by The New York Times, Hill said discussions of whether she has forgiven Biden miss the mark.

"If the Senate Judiciary Committee, led then by Mr. Biden, had done its job and held a hearing that showed that its members understood the seriousness of sexual harassment and other forms of sexual violence, the cultural shit we saw in 2017 after #MeToo might have begun in 1991 — with the support of the government," she wrote.

If the #MeToo movement, which began in earnest in October 2017, gave survivors of sexual abuse hope their disclosures would be finally be heard and taken seriously, "that hope was dashed last year" during the confirmation hearings of Supreme Court Justice Brett Kavanaugh, Hill wrote.

"Even worse, a new generation was forced to conclude that politics trumped a basic and essential expectation: that claims of abuse would be taken seriously," Hill wrote.

Despite the solid progress made by the #MeToo movement, Hill noted there is still work to be done to end sexual harassment and assault. She cited a spike in the number of reported sexual harassment cases in the military over the last two years and implored Congress to become a leader in instituting sweeping new changes to tackle what has been a pervasive issue in the country for decades.

"Sexual violence is a national crisis that requires national attention. We miss that point if we end the discussion at whether I should forgive Mr. Biden," Hill wrote. "This crisis calls for all leaders to step up and say: 'The healing from sexual violence must begin now. I will take up that challenge.'"