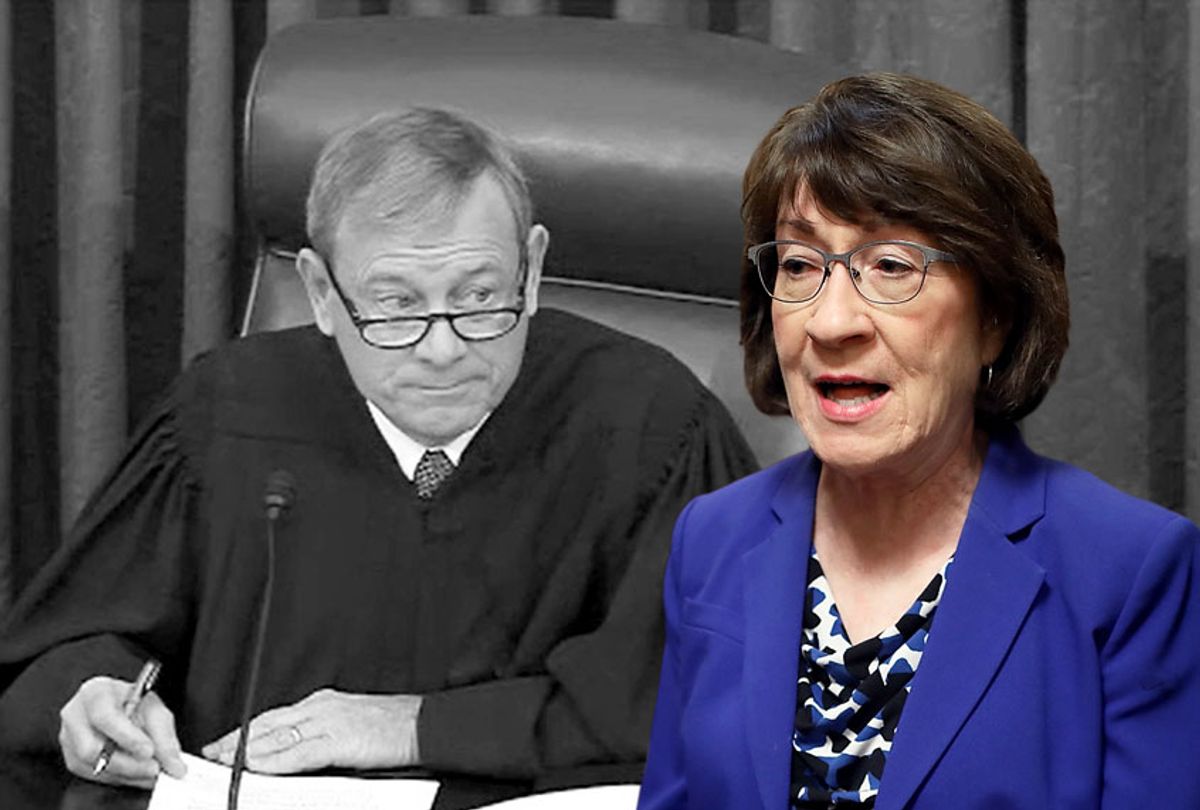 The incident occurred shortly before the admonishment and after impeachment manager Jerry Nadler, D-N.Y., accused senators of a "cover-up" after they rejected new evidence and witnesses from being entered into the trial, CNN reported.

"I think it is appropriate at this point for me to admonish both the House managers and the president's counsel, in equal terms, to remember that they are addressing the world's greatest deliberative body," Roberts said.

Collins later told Politico that she passed the note to Roberts through Laura Dove, the secretary for the Majority, because she was "stunned" by Nadler's remark.

"It reminded me that if we were in a normal debate in the Senate, that the rule would be invoked to strike the words of the senator for impugning another senator. So I did write a note raising the issue of whether there'd been a violation of the rules," Collins told the outlet. "I gave that note to Laura Dove, and shortly thereafter, the chief justice did admonish both sides. And I was glad that he did."

Collins added that the exchange would not affect her vote in the trial.

"I'm going to cast my vote regardless of the congressman's performance," she said. "His negative comments about the Senate will not have any impact."

"I think we all realize he was admonishing the House Democrats, but again, trying to keep it nonpartisan," Sen. Ron Johnson, R-Wisc., told CNN. "You don't come into the Senate and accuse senators of engaging in a 'cover-up' or saying that we're on trial. No, we're not."

Sen. Lisa Murkowski, R-Alaska, told The Hill that she was "offended" by Nadler's comment.

Collins and Murkowski are expected to cast key votes during the trial as Senate Democrats hope to woo enough Republicans to support the admission of additional evidence and witnesses.

The pair, along with Sen. Mitt Romney, R-Utah, have said they are open to allowing witnesses. Democrats need one more vote for a majority, but Senate staffers expressed skepticism to Axios that they can convince Sen. Lamar Alexander, R-Tenn., who is considered the swing vote on the issue, to go along given his close relationship with Senate Majority Leader Mitch McConnell, R-Ky.

A Senate Republican aide also cautioned that just because senators like Collins and Murkowski said they would vote to allow witnesses does not mean they will actually vote to hear from specific witnesses when the time comes, according to the report.

Some observers questioned why Collins and Roberts were so concerned over Nadler's remarks when Republican senators have openly flouted rules to be present for the entire trial by appearing on Fox News during arguments. And The Nation's Elie Mystal wondered why Nadler's comment drew a rebuke when White House counsel Pat Cipollone made blatantly false claims in his argument.

"Republican lawyers lie, and Roberts says nothing. Republicans leave the hearing room to do partisan television interviews, and Roberts says nothing. But Susan Collins gets her feelings hurt and Roberts takes judicial notice?" Mystal wrote. "If you're not going to admonish the Senate for violating its own rules of decorum, then admonishing the advocates is cheap. It's just a bit of costless brown-nosing that makes Roberts look like he's trying to curry favor with the Senate majority."