A new bill aims to fix food waste in schools 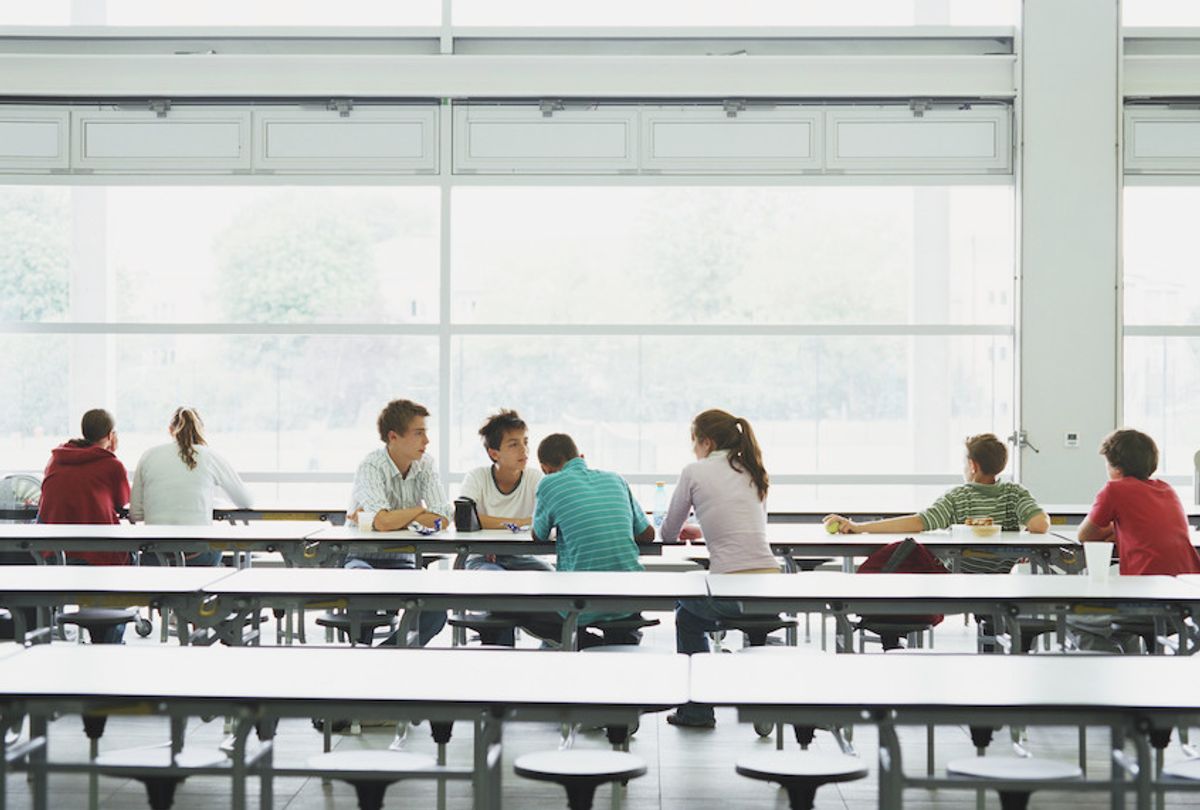 Over the past year, there have been a number of other proposed changes to school food programs, which have ended up stuck in limbo indefinitely, since Congress has so far declined to take up the Child Nutrition Reauthorization process (which is five years overdue). But momentum around reducing food waste across the U.S. food system has been building on both sides of the aisle, and Pingree plans to harness that energy to move this dual-purpose bill forward.

"[Reducing food waste] is bipartisan. Sometimes people will just oppose anything that's a new program or new spending, but as I like to say, everybody's grandmother told them not to waste food. It's one of those ethics we all believe in," Pingree, a former organic farmer and long-time advocate for progressive food policies, told Civil Eats. "[This bill] would give us the chance to educate a whole new generation about how much food gets wasted and why it isn't a good thing to participate in."

The scope of the issue

According to the USDA, an estimated 30 to 40 percent of the U.S. food supply is wasted.

"All this food that gets wasted is grown by a farmer. It's transported around the country. And most wasted food ends up in a landfill and turns to methane gas, which is very toxic in our environment," Pingree said. "It's a huge waste of our resources at a time when we're constrained for resources . . . when we're trying to deal with issues around climate change."

While food waste occurs at every step in the supply chain — from crops rotting in fields to produce damaged in transport to forgotten leftovers in home refrigerators — reports have found it can be particularly pronounced in schools, where, students may encounter unfamiliar foods and have very little time to finish their meals. And the volume of food served in schools is massive. There are approximately 100,000 schools that participate in the National School Lunch Program (NSLP), serving an estimated 29.7 million student lunches per day.

In April 2019, the USDA published the findings from a comprehensive national study on school food programs, including that approximately 21 percent of available calories in the NSLP were wasted. Plate waste (which is separate from waste created during prep in kitchens, for example) was higher in elementary schools than in middle and high schools. Overall, about 30 percent of vegetables were wasted, followed by 29 percent of milk, and 26 percent of fruits and fruit juices. Although there had been speculation that the higher nutrition standards implemented in the Healthy, Hunger Free Kids Act of 2010 might have led to more waste, the study noted that the findings were comparable to prior studies of plate waste and that the updated nutrition standards did not seem to increase waste.

Based on the scope of the problem and the many reasons to address it, a range of organizations have committed to reducing food waste in schools. FoodCorps, a nonprofit committed to improving school food environments to teach healthier eating habits to children, works on school food waste initiatives. So do environmental groups, including the National Resources Defense Council (NRDC), which has studied food waste in schools and developed a list of best practices to reduce school food waste, and the World Wildlife Foundation (WWF), which began developing a Food Waste Warriors curriculum in 2017 and then rolled it out as a pilot program across the country during the 2018-2019 school year.

In the spring of 2019, WWF released a report that shared the results of that program, in which 46 schools had students track and measure waste in their cafeterias (based on the USDA Guide to Conducting Student Food Waste Audits) and learn about the environmental impacts of food waste.

The report found an average of 39.2 pounds of food was wasted per student per year. Importantly, though, the study showed how, even without implementing formal solutions, the audits and education led to an average overall reduction of 3 percent per school, and an average 14.5 percent reduction at elementary schools, where waste was the highest.

Although food waste is a complex problem with a number of contributing factors, Pete Pearson, senior director of food loss and food waste at WWF, emphasized the importance of that finding. "This idea of just going in and doing consistent audits and measurement and getting the kids involved, it seemed to do quite a bit," Pearson said. "It heightened the awareness, and within a couple of months, you saw a reduction even with no formalized intervention being introduced. You didn't have to make a program out of a reduction strategy. It's the measurement itself."

What the School Food Recovery Act does

Schools that participate in the National School Lunch Program or the School Breakfast Program would be eligible to apply for grants to measure and evaluate food waste, educate students, provide training, purchase equipment, and other projects.

Exactly how those programs would be structured is not specified in the legislation (although it could take shape during the USDA rulemaking process, which happens after a bill like this one is passed), but supporters said that could be a good thing.

Cecily Upton, co-founder and senior vice president of FoodCorps, said that giving schools and food service professionals freedom to come up with their own solutions is often a more effective strategy than prescribing a one-size-fits-all solution. "They know what they need," she said. "These kinds of programs that offer more expansive opportunities for schools to name the things that will work for them in addressing these problems are going to be more appealing."

Upton added that she had confidence the USDA rulemaking process would provide more structured guidance for schools that did need it, and that, based on FoodCorp's experience, emphasizing the educational component would be key.

"Our own evaluation at FoodCorps has shown that when you have really robust, hands-on food education, kids eat three times as many fruits and vegetables at lunch than they do otherwise," she explained. "We do a lot of taste testing. What I loved about the Pingree bill is that while focused on food waste, it incorporates experiential education for kids around food."

Pingree said that while the bill might end up getting attached to the Child Nutrition Reauthorization, she can also see a pathway in which she'd be able to move it forward as an individual bill. It would then need to pass in both the House and the Senate and would be subject to the appropriations process, during which the amount of funding available for the grants would be determined. (Pingree also sits on the House appropriations committee.)

How this process will actually go is still very much up in the air, but Pingree and the bill's supporters all expressed optimism about the bipartisan appeal.

"We're seeing folks from both sides of the aisle coming together . . . getting schools and the students the support they need to develop solutions that work for them to reduce waste," said Stephanie Cappa, WWF's deputy director of policy and government affairs. "So I think that is exciting. This is a non-partisan, common sense issue."

In the end, Pingree said lawmakers should consider a cost-benefit analysis. "Whatever meager investment we're proposing here would be very valuable," she said. "It's a great teaching tool for teachers to talk about the nutrition of the food that you eat and what you throw away, and issues around climate change. And kids can be great ambassadors. Once they learn something that they care about, not only are they going to change their behavior, they're going to bring it home and get their . . . families to change, too."