Even when exploring space, humans will still want a little continental breakfast as a treat 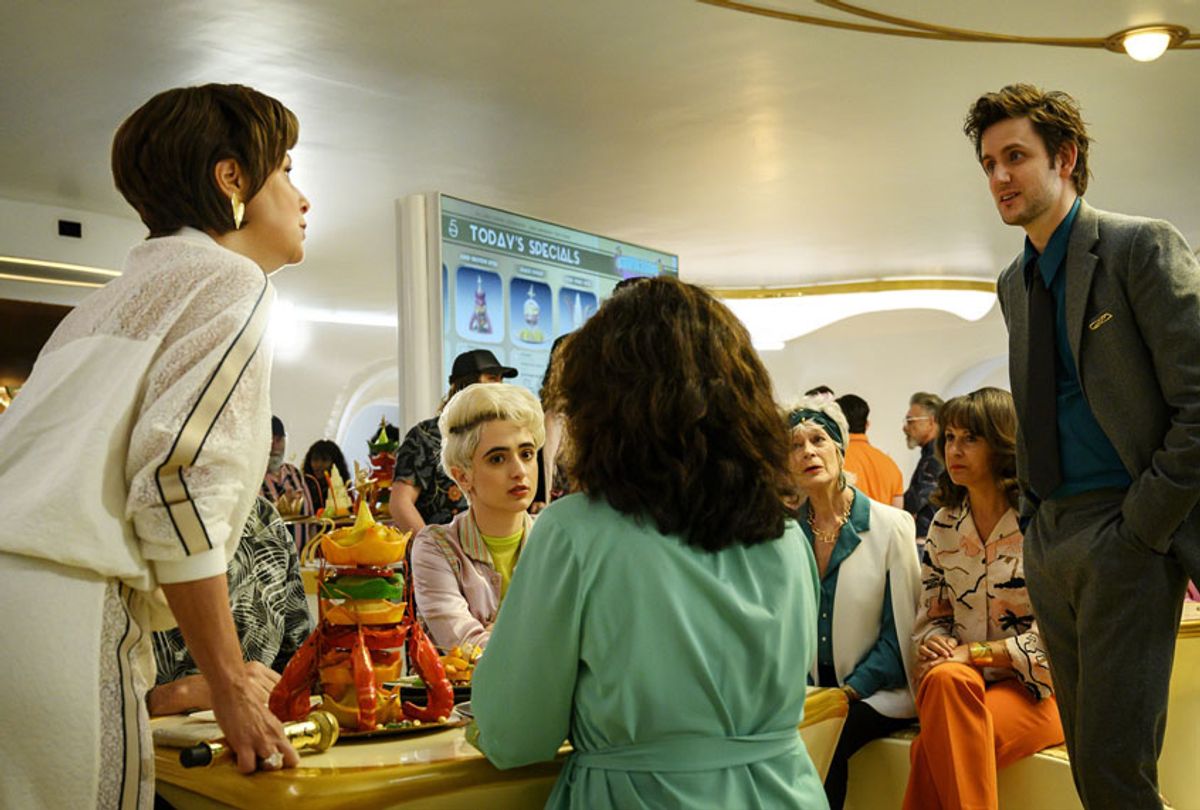 So much happens in the opening minutes of the new Hugh Laurie-led HBO series "Avenue 5."  A lead engineer dies, the gravity switch momentarily is boggled — sending the passengers of the titular space shuttle hurtling into the air, smacking into the windows like a flock of aggravated pigeons — and it is revealed that the ship's trajectory has been altered, morphing the eight-week luxury space cruise around Saturn into approximately three-year of drifting slowly back towards Earth.

It's a big revelation. Life-altering, in fact, for many of the passengers and crew on-board. But as the true magnitude of the situation sets in, I found myself focused on one tiny detail: the food. It's simultaneously everywhere on the ship, but not distinct enough to actually merit notice.

And this is, in itself, a statement; in science and speculative fiction, food often serves as a simple stand-in for what life as a whole will be like. Will it be a time of famine or plenty? Of enhanced flavor or utilitarian function?

As Laurel Forster wrote in her essay "Futuristic Foodways: The Metaphorical Meaning of Food in Science Fiction Film," both food and science fiction are useful in investigating the "relationship between social function and individual existence, as it becomes in a postmodern sense, more obscure and remote, more complex and more pressing."

Often, the examples we find are startling and wholly otherworldly.

There are the tasteless protein pills and food purifiers from the 1960s series  "Lost In Space," Yoda's rootleaf stew (which Luke ungratefully dismissed as having a trash-like smell and the texture of "boiled brains"), and the Spoo meat-cubes from "Babylon 5." Oh, and don't forget — "Soylent Green is people."

Meanwhile, "Avenue 5" distinguishes itself with the sheer normalcy of the cuisine on offer.

We're introduced to Captain Ryan Clark (Laurie) as he is on his way to a brunch with the passengers; it's more of continental breakfast kind of deal. Muffins, bagels, danishes. The most eye-catching item on the buffet line is probably the chocolate glazed doughnuts (the white chocolate drizzle gives it an almost galactic vibe?).

There's a food court. There are a few stray lobster claws and champagne flutes. There's a lame signature cocktail — the "Judder Juice, it's mostly milk." There are members of the hospitality team who spend time brainstorming ways to bait passengers into ordering more steaks. For anyone who has been on a cruise, it's all very familiar.

Part of this can be attributed to the time frame during which "Avenue 5" takes place; it is set only 40 years in the future. And sure — while we may have space tourism by then, the thing about cruise ship cuisine is that it has been largely in stasis since the 1960s.

Inspired by the show, I dug into some internet archives and found vintage buffet menus from 40 years ago. As you'll see from this July 1986 menu from the S.S. Canberra, there's ham, roast beef, roast chicken. A tossed salad here, a selection of fruit juices there. Toss in an unlimited drinks option, and you could serve this menu on a cruise today, and ostensibly in 40 years, with no questions asked.

But there's something a little less straightforward at play here, too.

In a recent interview with author Dave Eggers about his book "The Captain and The Glory," he described cruise ships as inherently silly.

"The thing about a cruise ship is that it's dorky," Eggers said. "When you go on a cruise, you are buying into just the incredibly heightened dorkiness of every aspect — the uniforms and and the shuffleboard and the pool and the badminton and the Disney characters."

This isn't a knock against them, Eggers explained, but rather their selling point. Actor and humorist Michael Ian Black touches on this, too, in his New York Times essay "Cruises Are So Uncool They Are Cool." Black uncovers what he believes "the flowering root of the widespread appeal of cruises: their unapologetic, gleaming banality."

"Onboard, all music is easy listening," Black writes. "All food is easy eating. The décor is easy and soft hued in the style of a recently renovated Ramada." He argues that he has enough adventure in his daily life, between the antics of his children and his touring schedule; he doesn't need a heart-stopping adventure, a close-up look at history or a perfect meal.

If science fiction is meant to tell us about who we are and where we're going, "Avenue 5" makes a simple statement: even when exploring a new frontier, humans will still want the little luxury of a continental breakfast buffet.