“The president blocked our request for Bolton’s testimony," Rep. Adam Schiff says. "Now we see why" 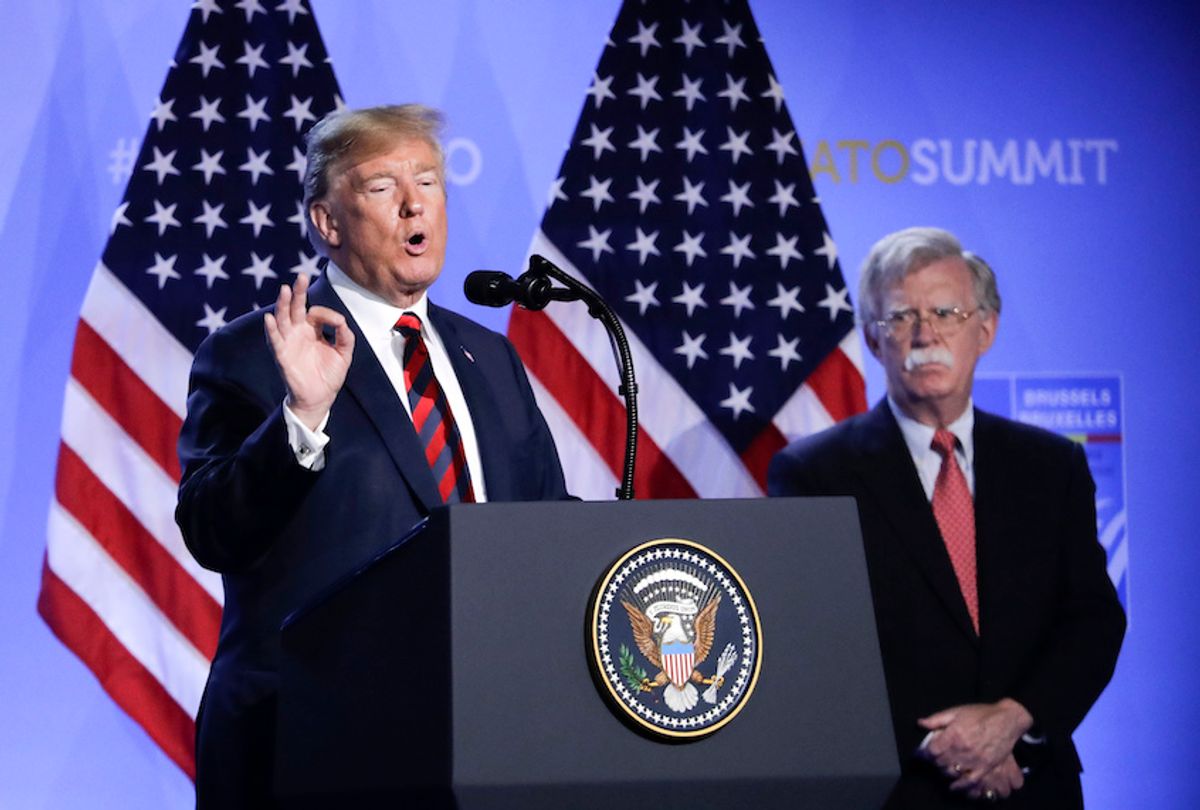 Democrats stepped up their calls for Senate Republicans to allow witnesses at Donald Trump's impeachment trial after a leaked manuscript for an upcoming memoir by former national security adviser John Bolton undercut the president's defense.

Trump told Bolton he wanted to maintain a freeze on $391 million in aid to Ukraine until its leaders agreed to help investigate the Bidens, according to a manuscript turned over by Bolton to the National Security Council for review, which was obtained by The New York Times.

Bolton described the months of discussions about the military aid, Trump's "private disparagement of Ukraine" and advisers' attempts to get Trump to release the aid in the book, The Times reported.

The former national security adviser wrote that Secretary of State Mike Pompeo admitted there was "no basis" to Trump attorney Rudy Giuliani's claims that then-Ukraine Ambassador Marie Yovanovitch was corrupt, according to the report. Bolton added that acting White House chief of staff Mick Mulvaney was present for at least one call where Trump and Giuliani discussed Yovanovitch.

Bolton also wrote that he raised concerns about Giuliani with Attorney General Bill Barr after Trump mentioned him on his infamous July 25 phone call with Ukrainian President Volodymyr Zelensky.

Bolton, Pompeo and Defense Secretary Mark Esper pressed Trump to release the aid "nearly a dozen times," the former national security adviser wrote in the manuscript, but were "rebuffed" by Trump.

Chuck Cooper, an attorney for Bolton, appeared to confirm the details in the account but suggested the manuscript was leaked by the White House.

"It is clear, regrettably, from the New York Times article published today that the pre-publication review process has been corrupted and that information has been disclosed by persons other than those properly involved in reviewing the manuscript," he told The Times.

Trump denied that he made the statement to Bolton on Twitter.

"I NEVER told John Bolton that the aid to Ukraine was tied to investigations into Democrats, including the Bidens. In fact, he never complained about this at the time of his very public termination. If John Bolton said this, it was only to sell a book," Trump wrote, adding that Ukrainian officials denied that he pressured them.

The president insisted that the transcript of his July 25 phone call with Zelensky, which Democrats have called impeachable on its own, was "all the proof that is needed."

But Democrats said the manuscript directly contradicts the president and his attorneys and reiterated their calls for Republicans to allow Bolton to testify at Trump's trial.

"There can be no doubt now that Mr. Bolton directly contradicts the heart of the president's defense and therefore must be called as a witness," the House impeachment managers said in a joint statement. "The Senate trial must seek the full truth and Mr. Bolton has vital information to provide. There is no defensible reason to wait until his book is published."

Speaker of the House Nancy Pelosi, D-Calif., said that rejecting Bolton's testimony in light of the report would amount to a "cover-up."

"The refusal of the Senate to call for him, other relevant witnesses and documents is now even more indefensible," she wrote. "The choice is clear: our Constitution, or a cover-up."

"The president blocked our request for Bolton's testimony. Now we see why," lead impeachment manager Rep. Adam Schiff, D-Calif., tweeted. "Bolton directly contradicts the heart of the President's defense. If the trial is to be fair, Senators must insist that Mr. Bolton be called as a witness, and provide his notes and other documents."

The calls come after Trump suggested that he would try to block Bolton from testifying publicly if he were subpoenaed by the Senate.

"The problem with John is that it's a national security problem," Trump told reporters last week, adding that Bolton "knows some of my thoughts, what I think about leaders — what happens if he reveals what I think about a leader and it's not very positive?"

The Times report revealed that the White House received a copy of the manuscript in December, suggesting that Trump and his attorneys may have known about the contents long before the Senate trial began.

The White House could take the issue to court and try to block Bolton from speaking. Though such a move would be unprecedented, it could "succeed in tying up his testimony in legal limbo and scaring off Republican moderates wary of letting the trial drag on when its outcome appears clear," The Times reported.

As the trial has gone on, the odds of four Republicans voting with Democrats to allow witnesses are "dwindling, not growing," lawmakers told The Times.

Though Bolton's revelations increased pressure on moderate Republicans to allow his testimony, Senate Republican leaders are holding firm on their opposition to witnesses.

"If [Bolton] says stuff that implicates, say Mick [Mulvaney] or [Mike] Pompeo, then calls for them will intensify," one Senate aide told Axios. "There is a sense in the Senate that if one witness is allowed, the floodgates are open."