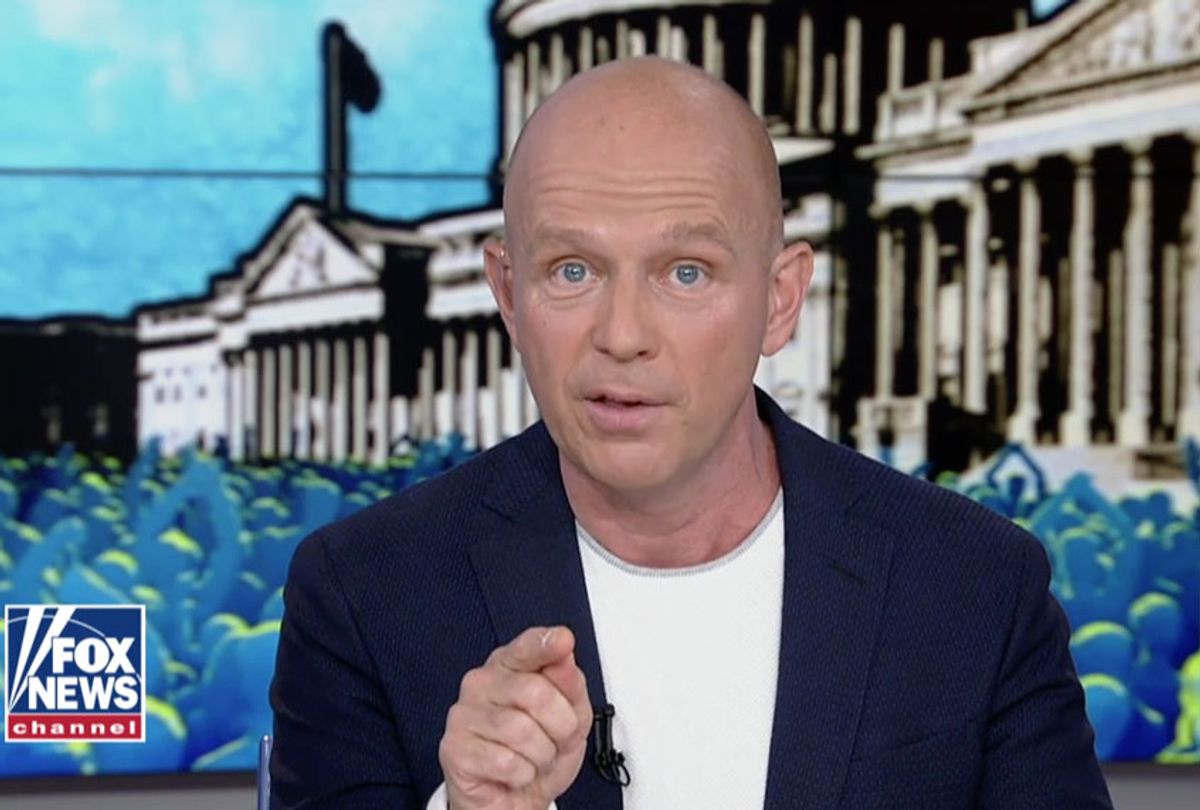 Fox News host Steve Hilton scolded Secretary of State Mike Pompeo for being a "baby," a "bully" and an "embarrassment" after NPR reporter Mary Louise Kelly reported that he berated and cursed at her for asking questions about the Ukraine scandal.

"Secretary of State Mike Pompeo got into an ugly dustup with an NPR reporter this week, and I've got something I want to get off my chest," Fox's Steve Hilton told his viewers on Sunday.

After prefacing his remarks by saying he is a "big fan" of Pompeo, Hilton described how the secretary of state "lost his temper after an interview with NPR's Mary Louise Kelly, unleashing a four-letter word tirade, putting out a ridiculous statement, whining about what questions he'd agreed to answer. I listen to NPR a lot, and I can tell you that Mary Louise Kelly is one of the very few hosts on there who actually seems fair and is not totally biased against President Trump."

He added, "For goodness sake, Mr. Secretary, don't be such a baby. You should be able to handle tough questions by now and don't be such a bully. Foul-mouth ranting at a reporter doing her job is an embarrassment to you and the administration. You should apologize, and people will think much more of you if you do."

Hilton, whose show has been cited by Trump in his tweets from March through December of last year, spoke with Salon in June about his support for President Donald Trump and his views on the ideological motivations that drive Trump's political agenda.

"I think the closest articulation of it actually is that 'America First' phrase," Hilton told Salon. "If you look back, the interesting thing about him is that these are very consistent views. I mean the other night on my show, I did a sort of China thing, where we had clips of him in the 1980s and '90s, [and in] 2010, saying exactly the same thing about trade as he is saying today. And people say, 'Oh, well, he was then talking about Japan.' He was, but he was also talking more recently about China, and China's rise, and so on. Totally consistent for the past 30 years or so.

He added, "In those days it was all about America: 'We are being ripped off, America should be doing better.' It's a fierce kind of patriotism, and a belief in America, I think. 'America First,' therefore, is the closest thing I think you're going to get to a defining idea of Trumpism. And that does connect trade issues and immigration issues."

During the interview, Hilton also claimed that Trump would be willing to talk to liberals if they stopped trying to delegitimize his administration.

"He and his supporters will say, well, hang on a second — and, by the way, I would agree with this — you can't expect him to be all cooperative when five minutes before the meeting, you do a press conference basically accusing him of running a Watergate-style cover-up like Nixon. That's not realistic. You're questioning the legitimacy of his whole administration. Of course he's not going to sit down and talk to you after that," Hilton told Salon.

You can watch full video below via Mediaite: