NPR’s Mary Louise Kelly claims Pompeo berated her off the air after she asked him about fmr. Amb. Marie Yovanovitch 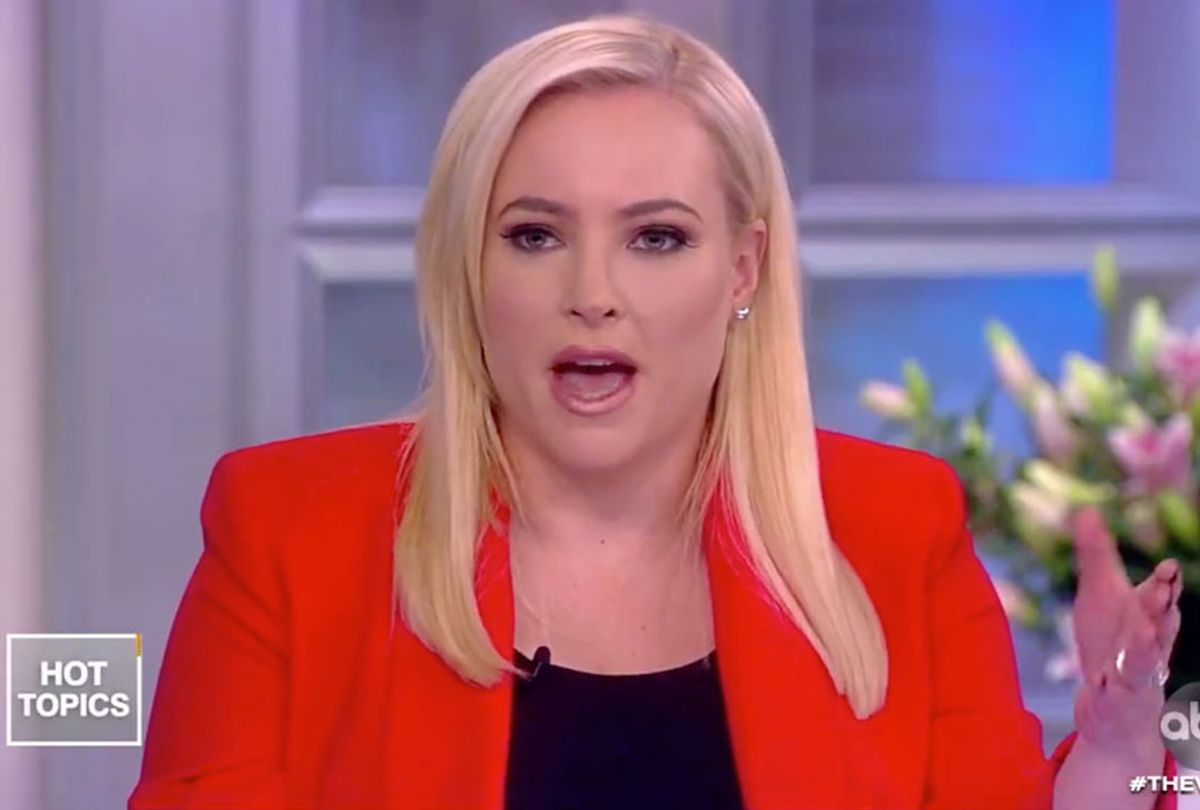 "The View" panelists ganged up on co-host Meghan McCain after she blamed an NPR reporter for Secretary of State Mike Pompeo's eruption.

The secretary of state blasted NPR's Mary Louise Kelly — who claims Pompeo berated her off the air after she asked him why he refused to express support for former Ukraine ambassador Marie Yovanovitch — and McCain took the Trump official's side.

"There's a weird pattern right now of people walking out of NPR interviews," McCain said. "Remember we talked on the show, Adam Driver did it because something he asked not to be played was played. This is now the second notable person that's walking out of NPR, so I don't know what's going on over at NPR."

Co-host Joy Behar pointed out that Pompeo's outburst came off the air, in private, but McCain continued to defend his actions.

"Apparently they went to another room and got into a fight, which is ridiculous, as well," McCain said. "But I will say the breakdown between the trust between the media and the White House right now, I think, is because of this, because you have journalists reporting off-the-record information all the time."

Host Whoopi Goldberg fact-checked her next.

"We don't know that's what this is, because she apparently has all of the texts between them," Goldberg said.

"I think she's got the thing," Goldberg said, "but you know, I have to say NPR is the last place I would be concerned. Now, there are times when people ask questions you don't want them to and you have every right, but I think NPR as a network is kind of like PBS to me."

"I don't think this is showing the spread of people being disrespectful," Goldberg added, "but I do think he's not telling the truth because he went — he did the same thing to Martha Raddatz. He played dumb with her last year when she asked about the call with (Ukrainian president Volodymyr) Zelensky. He said the call never happened, he was on the call, so it's kind of shocking in a funny way."

Behar said the secretary of state should expect to answer tough questions from journalists, but McCain continued blaming Kelly for Pompeo's outburst.

"I also think journalists are supposed to be unbiased in their questioning and if you have an opinion that he's a piece of crap," McCain said.

Both Goldberg and Behar said Kelly's opinion of Pompeo isn't known, and McCain threw out a red herring.

"If Joy Behar was interviewing," she said.

"I'm not the perfect person to do it," Behar said.

"She's the co-host of 'All Things Considered,'" Hostin said, as the segment ended for a commercial break. "I mean, that's a very reputable (show)."