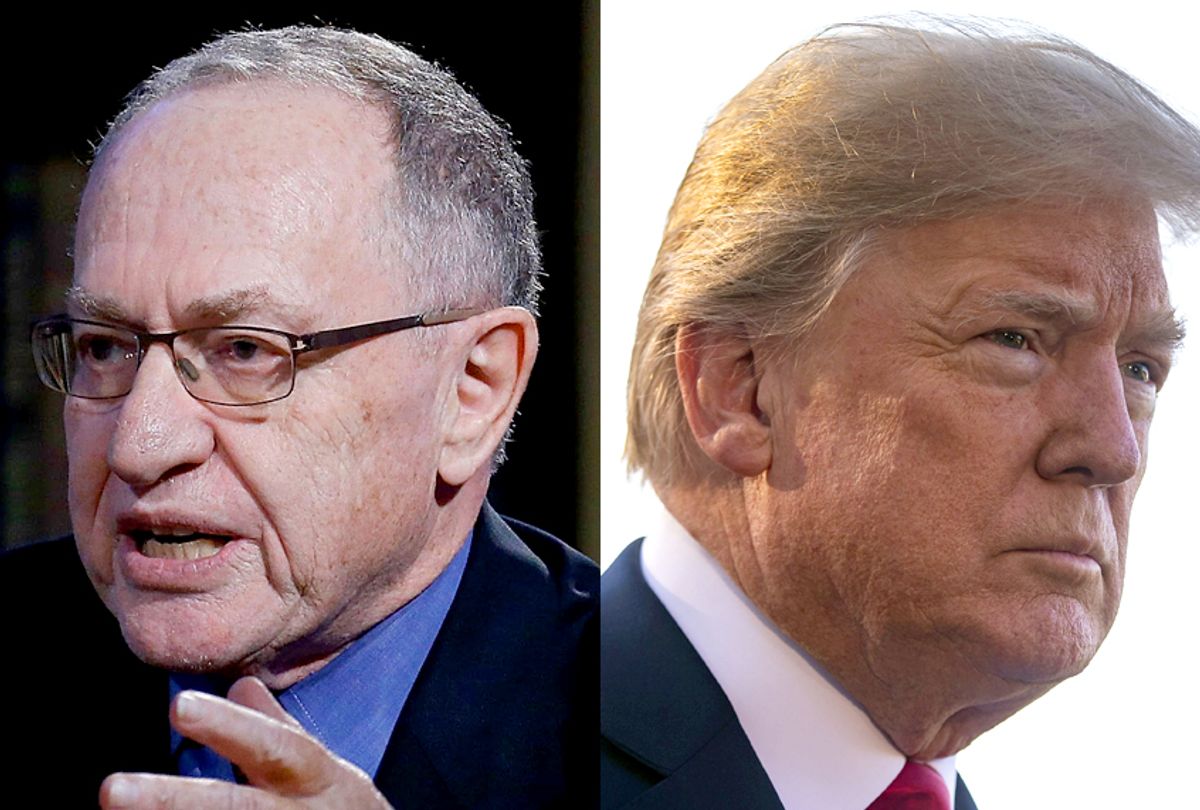 Harvard law professor Alan Dershowitz, a member of President Donald Trump's impeachment legal team, said in 2016 that Trump was more corrupt than Democratic candidate Hillary Clinton. He also predicted that Trump would continue to be corrupt, if elected.

Dershowitz, who voted for Clinton, dismissed allegations of corruption Trump raised against the Clinton Foundation in a radio interview flagged by CNN's K-File.

"When you compare that to what Trump has done with Trump University, with so many other things, I think there's no comparison between who has engaged in more corruption and who is more likely to continue that if elected president of the United States," Dershowitz said at the time. "So I think what we're doing is we're comparing — we're saying, 'Look, neither candidate is anywhere close to perfect. Let's vote for the less bad candidate.'"

Dershowitz was referring to the now-shuttered Trump University, a for-profit seminar series faced with numerous allegations of fraud. Trump agreed to pay $25 million to settle multiple lawsuits against the company, though he claims that only did so because he was too busy being president to endure a long trial.

Dershowitz predicted in another interview cited by CNN that Trump would "embolden and strengthen some of the fascist elements in our society."

He also wrote in his 2016 book that Trump was a "destabilizing and unpredictable candidate" who "openly embraces fringe conspiracy theories peddled by extremists," according to NBC News. Discussing Trump's foreign policy, Dershowitz added that it was "clear that Trump is prepared to violate existing international and domestic laws."

Dershowitz told both CNN and NBC News that he made the comments while campaigning for Clinton and had not met Trump at the time.

The attorney drew criticism this week after he argued at the Senate trial that the president must commit a codified crime to warrant impeachment. He claimed that abuse of power and obstruction of Congress, the two articles of impeachment against Trump, "are outside the range of impeachable offenses."

"You cannot turn conduct that is not impeachable into impeachable conduct simply by using words like 'quid pro quo' and 'personal benefit.' It is inconceivable that the Framers would have intended so politically loaded and promiscuously deployed a term as 'abuse of power' to be weaponized as a tool of impeachment," he said. "It is precisely the kind of vague, open-ended and subjective term that the Framers feared and rejected."

Fox News host Chris Wallace pointed out Sunday that Dershowitz's position was "exactly the opposite" of what he said during the impeachment of former President Bill Clinton.

"It certainly doesn't have to be a crime," Dershowitz said at the time. "If you have somebody who completely corrupts the office of president and who abuses trust and who poses great danger to our liberty, you don't need technical crime."

"His characterization of the law simply is unsupported," she told reporters on Monday. "He is a criminal law professor who stood in the well of the Senate and talked about how law never inquires into intent and that we should not be using the president's intent as part of understanding impeachment. Criminal law is all about intent."

Dershowitz, a lifelong Democrat, said in a letter to the editor in The New York Times that he was defending Trump on "principle."

"I have stood on principle, representing people with whom I disagree, as well those with whom I agree," he said. "I have never made a distinction based on partisanship."

The letter came in response to an op-ed by attorney Steven Harper, who studied under Dershowitz at Harvard.

"Mr. Dershowitz offered this advice to young lawyers: 'The lawyer may not become part of the corruption in order to fight for justice,'" Harper wrote. "I'm not suggesting that Mr. Dershowitz is corrupt, but he doesn't seem to be protecting the Constitution or fighting for anything that looks like justice."