Roy Moore files $40 million lawsuit, claiming a report on the sexual allegations against him was "fake news" 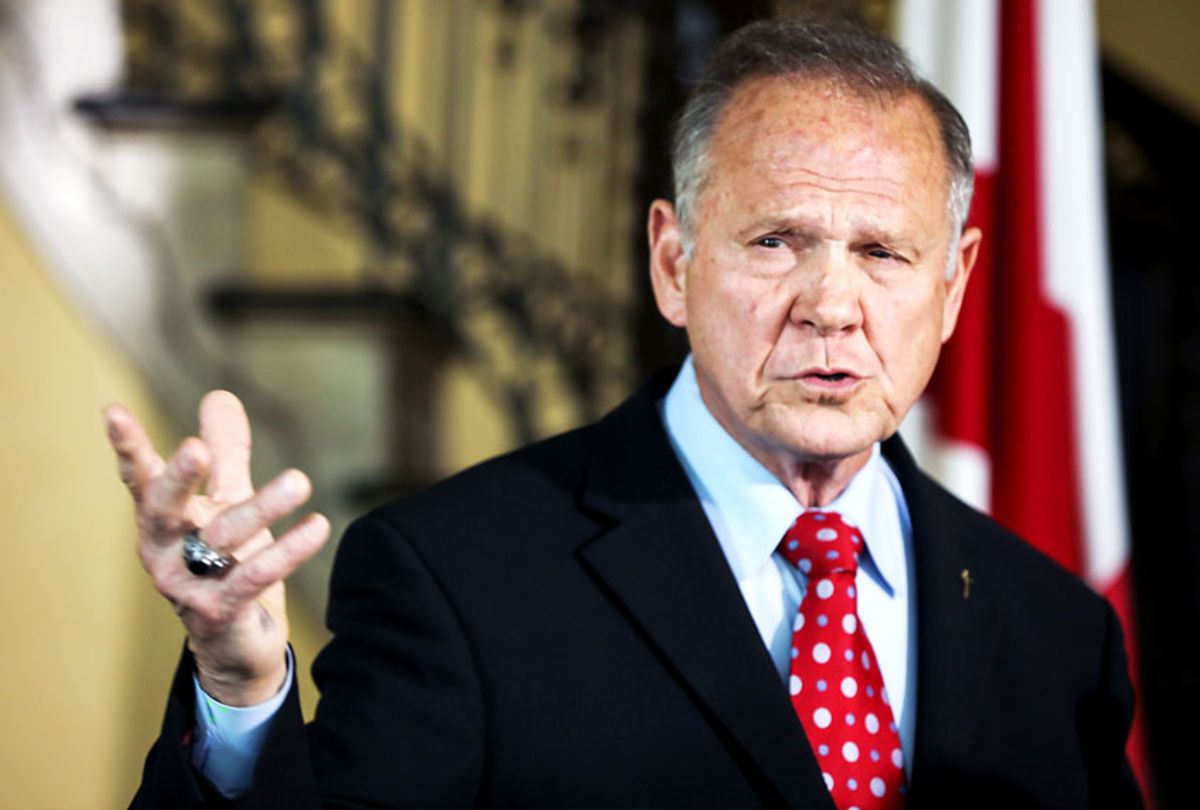 Roy Moore announces his plans to run for U.S. Senate in 2020 on June 20, 2019 in Montgomery, Alabama. Moore lost a special election in 2017 for the Senate seat against Democratic Senator Doug Jones. (Jessica McGowan/Getty Images)
--

Moore, the former chief justice of the Alabama Supreme Court who is once again running for a Senate seat, filed a lawsuit against the conservative Washington Examiner, three of its writers, and its editors and owners on Monday. It is the sixth lawsuit he has filed in connection to multiple allegations that he made sexual contact and romantic advances to teen girls while he was a prosecutor in his 30s, which he has denied.

The lawsuit seeks $10 million in damages to Moore's reputation and emotional distress and more than $30 million in punitive damages.

The lawsuit came in response to a February 2019 op-ed by Examiner writer Tiana Lowe. The editorial described Moore as an "accused sexual assailant and pedophile" who was "banned from a mall because he sexually preyed on underage girls." The story, which was also covered by every major media outlet, was based on more than a dozen allegations and witness statements.

Moore's lawsuit accused the Examiner of acting with malice and disregarding his demand for a retraction.

"Like the people of Alabama, I am sick and tired of 'fake news' by media organizations which pretend to print the truth but in reality, are politically and philosophically motivated to distort the true facts for their own ends," Moore said in a statement Monday, according to AL.com. "Unlike some who choose to suffer in silence, I have decided to fight back!"

The lawsuit says that Moore "gave notice" to the outlet that Lowe's article was "highly defamatory and filled with 'factual inaccuracies' and 'outright falsehoods' to include accusations of attempted 'rape,' 'picking up teen girls,' a 'mall ban,' and that a 'handful of other women independently alleged having intimate relationships with Moore in their teens.'"

The lawsuit argued that Moore suffered greatly as a result of the outlet's reporting.

"(Moore) has been materially detrimented by defendants' actions," the lawsuit said. "He has suffered losses of speaking engagements resulting in a loss of income, losses of invitations to events, losses of job opportunities, personal and professional embarrassment, mental anguish and emotional distress."

Moore lost a 2017 U.S. Senate special election to Doug Jones, the first Democrat to win a statewide election in Alabama in decades. His lawsuit is "unlikely to succeed" given the "very high standard of proof in defamation cases" and the fact that "the allegations against Moore have been widely reported," noted Fox News.

Multiple women accused Moore of sexual assault and unwanted advances when they were teenagers. Many Republicans disavowed Moore, including President Donald Trump, who continued to support Moore in his 2017 race after the allegations were reported.

"Republicans cannot allow themselves to again lose the Senate seat in the Great State of Alabama," Trump tweeted in May 2019 after Moore announced he would run again. "This time it will be for Six Years, not just Two. I have NOTHING against Roy Moore, and unlike many other Republican leaders, wanted him to win. But he didn't, and probably won't."