Are there possible legal ramifications? "Paul lost the shield of the speech and debate clause," Laurence Tribe says 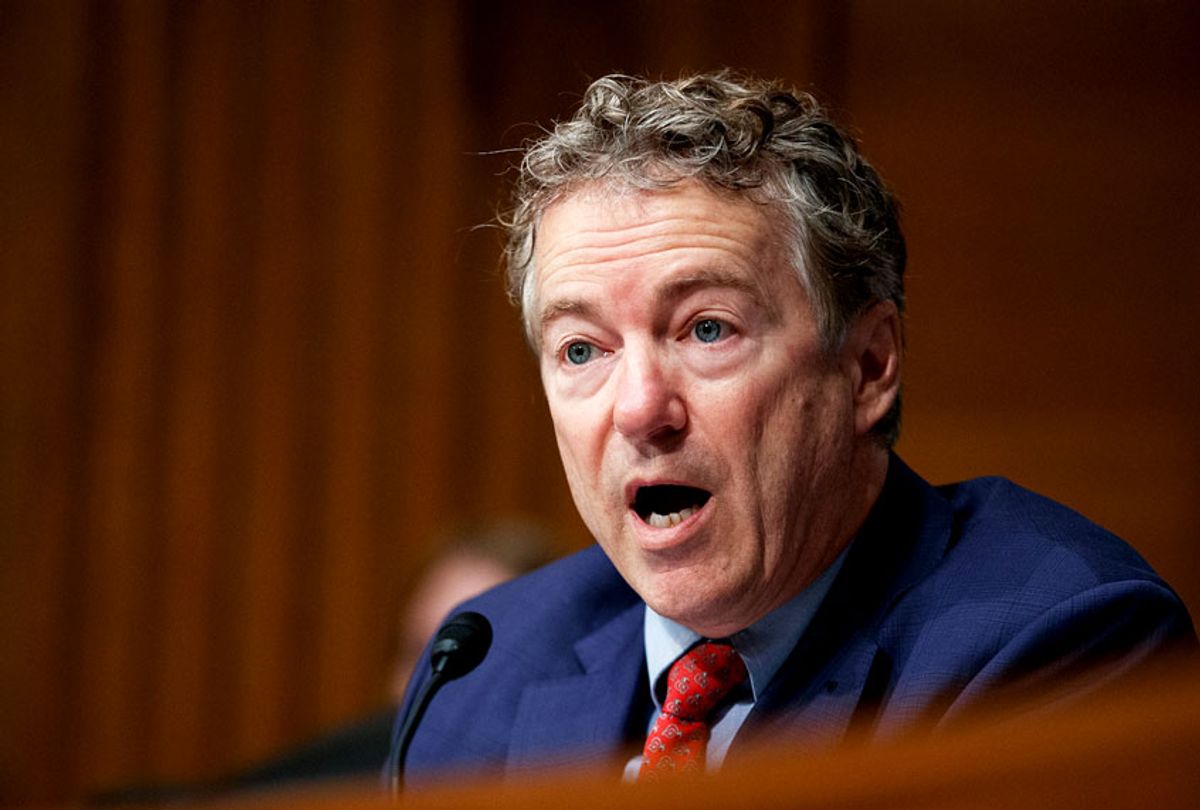 Harvard Law School professor Laurence Tribe told Salon on Thursday that any legal protection Sen. Rand Paul, R-Ky., may have had in his attempts to out the alleged whistleblower at the center of President Donald Trump's impeachment scandal was lost following a controversial press conference.

"By leaving the Senate chamber to do that and effectively circumventing the ruling of the chief justice, Paul certainly lost the shield of the speech and debate clause," Tribe told Salon by email. "Rarely does one have what amounts to a ruling by the chief justice of the United States that something is outside the official legislative business of Congress!"

After Chief Justice John Roberts blocked a question from Paul that named the alleged whistleblower from being read on the Senate floor on Thursday, Paul left the chamber to hold a news conference in which he nonetheless read his question aloud. He tweeted it, too.

He later tweeted, "My question is not about a 'whistleblower' as I have no independent information on his identity. My question is about the actions of known Obama partisans within the NSC and House staff and how they are reported to have conspired before impeachment proceedings had even begun."

This was not the first time that Paul has tried to publicly name the purported whistleblower. He also attempted to do so on the Senate floor on Wednesday, again rebuffed by Roberts.

"Rand Paul's effort to name the whistleblower in the Senate trial was disgraceful. Doing so would have been of dubious legality and of no utility," Tribe told Salon by email earlier Thursday. "The speech and debate clause would have shielded Senator Paul from concrete adverse consequences, but the harm his shameful gambit could've done not just to the whistleblower but to the important public service that whistleblowers perform would've been incalculable."

He added, "Chief Justice Roberts did exactly the right thing in refusing to play along with the reckless senator and was certainly right to treat Paul's proposed question as out of bounds."

Trump has also tried to out the whistleblower, with Tribe telling Salon at the time that "the Intelligence Community Whistleblower Protection Act of 1998 (ICWPA) outlaws actions by government officials or agencies that directly or indirectly encourage retaliatory actions against employees who legitimately perform a whistleblower role in the intelligence community, as the whistleblower in this case clearly did regarding a matter of urgent concern, as determined by the inspector general."

The catalyst behind Trump's impeachment was a phone call that he placed to Ukrainian President Volodymyr Zelensky on July 25 in which he solicited the European leader to investigate his political rivals. At the same time, Trump put a hold on $391 million in military aid to Ukraine allocated by the Congress. An unnamed whistleblower filed a complaint about that call, which triggered the political scandal that culminated in Trump's impeachment by the House of Representatives.

The president himself has tried to out the whistleblower, including attempts to name him on Twitter last month. Tribe told Salon at the time that "yes," Trump had violated law in doing so.