"It would be highly . . . inappropriate for any political appointee to try to obtain information about any audit" 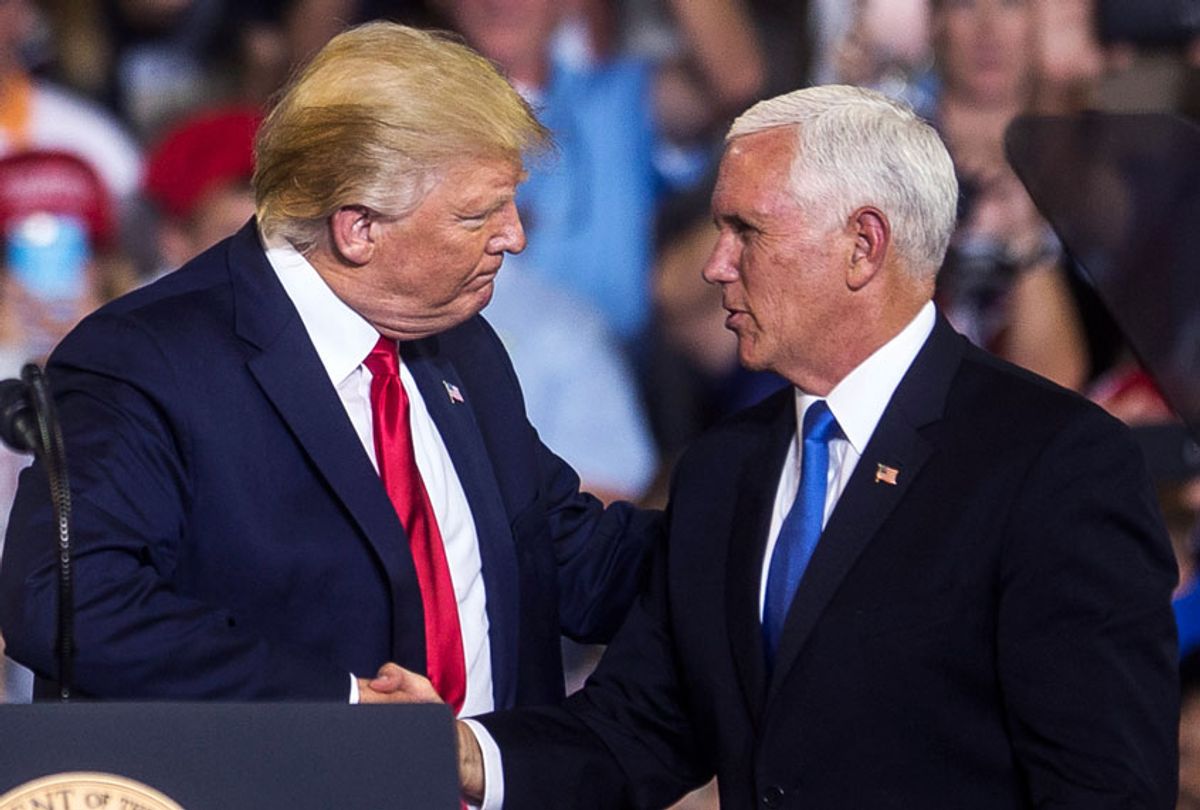 The Senate is investigating claims made by an IRS whistleblower who has accused at least one political appointee in the Treasury Department of interfering with an audit of the tax returns of either President Donald Trump or Vice President Mike Pence.

Senate investigators conducted an extensive interview with a whistleblower who claimed that there had been improper political interference with the audit process in recent weeks, according to The Washington Post. Sens. Chuck Grassley, R-Iowa, and Ron Wyden, D-Ore., who are the chairman and ranking member of the Senate Finance Committee, received the whistleblower's transcribed remarks.

The complaint specifies that at least one political appointee meddled in the process for handling audits for one or both officials. The issue was initially disclosed by the chairman of the House Ways and Means Committee, Rep. Richard Neal, D-Mass., in an August court filing that was part of a larger lawsuit over the release of Trump's tax returns. Individuals who described the complaint at the time said the whistleblower was a career IRS official. Officials from the Trump administration dismissed the complaint as hearsay.

"There have been laws and procedures put in place to prevent political interference by Treasury officials or other government officials with respect to the IRS, and it would be highly unusual and inappropriate for any political appointee to try to obtain information about any audit pertaining to the president or the vice president — or for that matter any citizen," Virginia Canter, chief ethics counsel at the ethics watchdog group Citizens for Responsibility and Ethics in Washington (CREW), told Salon on Friday.

Canter explained that there are two issues at stake. The first is "that there's an ongoing requesting of the president's tax returns, and the failure of the Treasury Department to be turning them over." The second is the fact that if the whistleblower's allegations are true, "it's hard to know whether justice will be served here, under this administration. You can see where they have compromised our national security and the integrity of our elections to further the president's political interests. Is it possible that they will similarly use the Treasury, the IRS in this regard? Of course. And whether the administration will be held accountable for it? It is questionable in light of the recent impeachment proceedings."

Trump has provided a number of reasons for not releasing his tax returns. Though he said in 2014 that he would release them if he ran for president, he later claimed during the 2016 campaign that he could not do so because of an audit. (Experts say this is not true.) After the election Trump's counselor Kellyanne Conway claimed that "we litigated this all through the election. People didn't care."