Could grating alarm sounds be making your day worse? A new study may have implications for your sleep routine 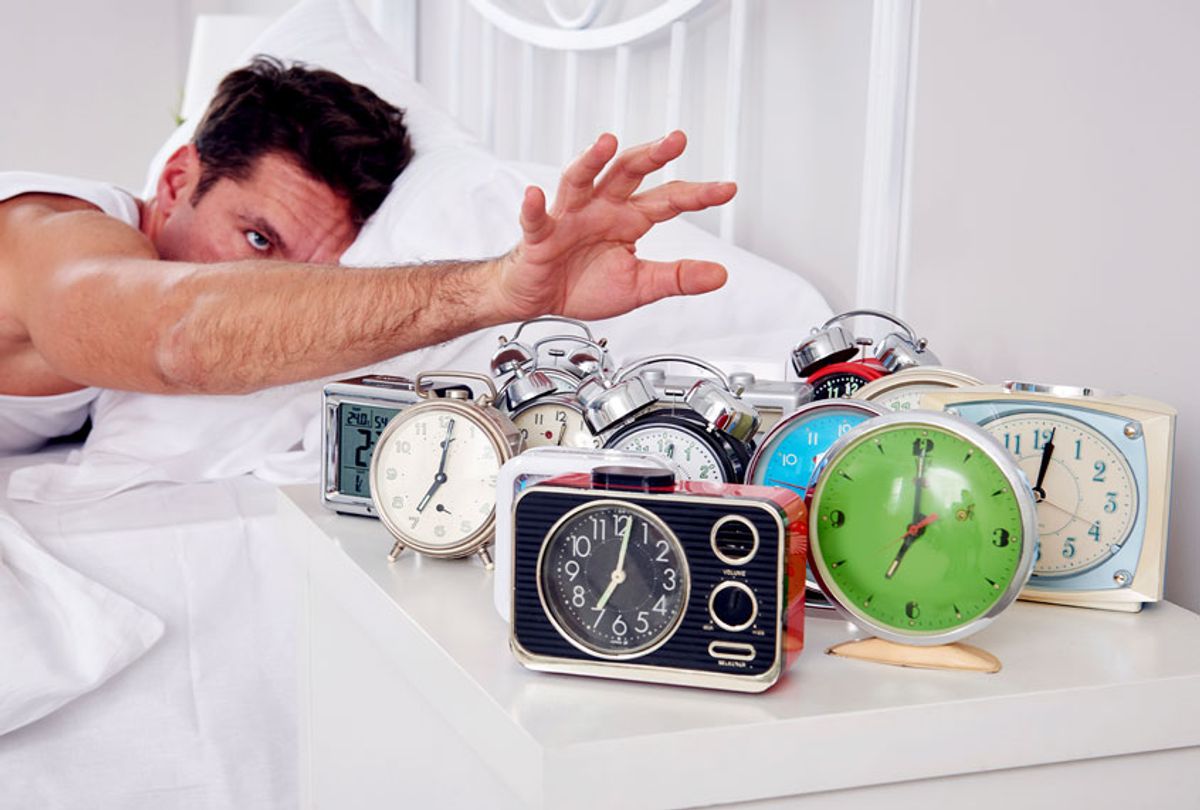 Every worker or students who is forced to get up early has probably felt the impulse to chuck their annoying alarm clock at the wall. Now, it turns out that the harshness of one's alarm sound may be more deeply affecting than anyone thought — and could even have repercussions on your morning mood.

A study by researchers published in the journal PLoS One, titled "Alarm tones, music and their elements: Analysis of reported waking sounds to counteract sleep inertia," suggests harsh alarm tones might be linked to increased levels of morning grogginess. In contrast, melodic alarms seemed to improve levels of alertness.

"You would assume that a startling 'beep beep beep' alarm would improve alertness, but our data revealed that melodic alarms may be the key element," Stuart McFarlane, a doctoral researcher at The Royal Melbourne Institute of Technology and lead author of the study said in a press statement. "This was unexpected."

Researchers used an online survey to gather results from 50 people who logged their activity remotely. Each person documented what type of sound they used to wake up, and then rated their grogginess and alertness levels against standardized sleep inertia criteria. The goal of the study was to better understand how a particular sound or music used to wake us someone up may counteract their sleep inertia, which is the physiological state of impaired cognitive and sensory-motor performance that happens after awakening. The results suggest that sound intensity doesn't necessarily matter when waking up, and that more melodic sounds can result in less grogginess in the morning.

"Although more research is needed to better understand the precise combination of melody and rhythm that might work best, considering that most people use alarms to wake up, the sound you choose may have important ramifications," McFarlane said. "This is particularly important for people who might work in dangerous situations shortly after waking, like firefighters or pilots, but also for anyone who has to be rapidly alert, such as someone driving to hospital in an emergency."

Researchers don't have an answer to why this might be the case, but they do have some theories.

"We hypothesize that stimuli perceived as melodically neutral may be interpreted as an auditory ambient variation of their counterpart (melodic)," the researchers explain in the study. "When compared to strong melodic material this neutral classification may be less likely to gain the human center of attention, may induce less arousal, and lead to reduced cognition, all of which are symptoms of SI (sleep inertia)."

In other words, an annoying beeping noise might disrupt the brain during the waking process.

Previous research has shown that even when our bodies are awake right after an alarm goes off, the brain is still asleep in some capacity.

"We think that a harsh 'beep beep beep' might work to disrupt or confuse our brain activity when waking, while a more melodic sound like The Beach Boys' 'Good Vibrations' or The Cure's 'Close to Me' may help us transition to a waking state in a more effective way," Adrian Dyer, co-author of the study  said in a media statement. "If we can continue to improve our understanding of the connection between sounds and waking state, there could be potential for applications in many fields, particularly with recent advancements in sleep technology and artificial intelligence."