Most of the Super Bowl LIV audience likely had no clue of what Shakira and J.Lo were actually saying. That's fine 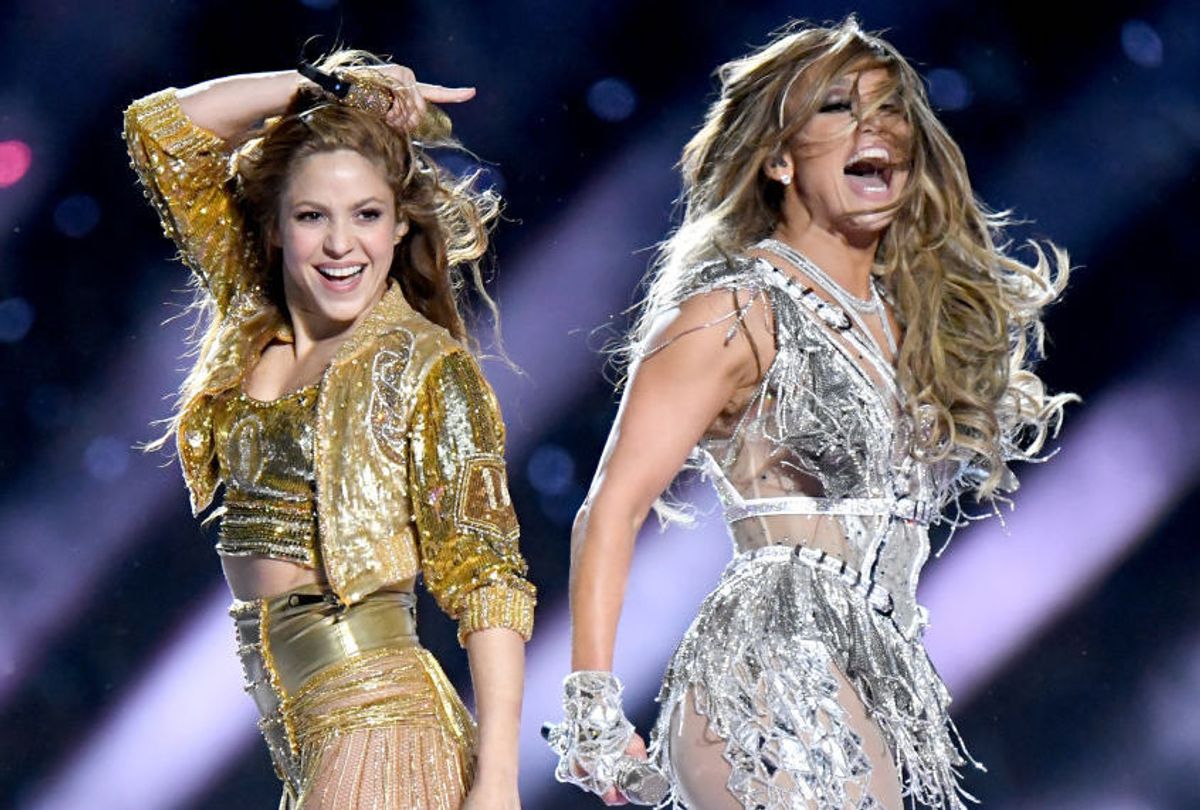 No matter what else happened at the halftime show for Super Bowl LIV, that wagging tongue was destined to get everyone talking. Said appendage belongs to pop star Shakira, thus ensuring it immediately went viral for the right and wrong reasons, depending on one's willingness to get what they were seeing. But the diva left no doubt as to what we were seeing – Shakira, dressed in livid red and dancing energetically across the stage at the Hard Rock Stadium in Miami Gardens, leaned in to a nearby camera and waved her tongue as she let loose with an ululation.

Depending on what you were looking for, it was full of nods to the Latinx diaspora, equal parts celebration of the world and acknowledgement of solidarity with immigrants. Then again, a person would have to know what they were looking at.

The fact that a large portion of Shakira's vocal performance was in Spanish wasn't out of place in Miami, mind you. More than a few other statements blazed forth during that performance, and though all of them were wrapped in jubilation, this was a party with a purpose.

Shakira's dancing tongue is a prime example — it wasn't obscene to any viewer familiar with Middle Eastern traditions, many of whom had to take to Twitter to explain that what she did is called zaghrouta, a joyful expression in Arabic culture. Shakira, who was born in Colombia, has a Lebanese father who was born New York City and her performance style is a marriage of her blended heritage.

Shakira also intentionally featured Afro-Latina dancers in her troupe who performed Colombian dance, including the Mapale and another called the Champeta during her performance of "Waka Waka".

Chances are most of that signaling went right over most of the audience's heads — and in truth, I wouldn't have picked it up if I hadn't checked out Twitter during and after the performance. But that kind of stealth has its own power as a social and political statement. Or, in J.Lo's portion, a protest.

Lopez, being Bronx-born and raised by Puerto Rican parents, is one of the most popular mainstream Latina artists of the past several decades, the kind of star who has been able to transcend her cultural roots in her TV and movie roles.

She's just J.Lo in the end, the sort of performer who, like Shakira, was expected to bring the fire — but likely a safe version of it, save for the inevitable pole dance and rump shaking accompanied by the rap stylings of J. Balvin and Bad Bunny. That's mostly to remind us that she can still break open a walnut on her impressively powerful abs at age 50, and also she probably should have gotten some kind of nomination for "Hustlers."

But when she and her 11-year-old daughter Emme took to the stage to sing a minimalist version of "Let's Get Loud," and J.Lo busted into the chorus of Bruce Springsteen's "Born in the U.S.A." while wearing a showgirl's cape version of the Puerto Rican flag rendered in feathers, there was clearly something else going on besides pageantry and spice.

Consider that in the moments prior to that exuberant burst of Americana, a chorus of children dressed in white outfits spangled with American flags appeared, a number of them singing from inside glowing spheres that could be seen as, well, glowing spheres. They also looked like cages, intentional reminders that while all this star power and pyrotechnics was happening, America is still locking up innocents.

Similarly the stage was an incredible, versatile round that held many incredible images including, for a moment, the Venus symbol.

However, there was no mistaking the tribute to Kobe Bryant: a large cross on a field bathed in the colors of the Los Angeles Lakers, gold and purple.

The Super Bowl halftime show wasn't always a stage for statements beyond that of pure magic, as in the Prince performance in the rain that will never be topped; whatever controversies that occurred in years past (remember Boobgate?) were accidental.

But after Beyoncé marched in and delivered a 2016 performance that was nothing but soulful signaling, including dancers dressed in Black Panther berets and walking in an X to introduce what was then her new hit "Formation," viewers can't tune in without expecting to see some kind of nod at the world beyond a particular football field on that particular day.

This being a Super Bowl taking place days before a corrupt Senate is set to acquit a corrupt, impeached president that just expanded its travel ban to include a number of African countries with majority Muslim populations, no star who is also a person of color could have gotten up onstage without making some kind of statement. (Even Bey herself made her own statement from the audience where she and husband Jay-Z, whose Roc Nation produced the entertainment, remained seated during Demi Lovato's performance of the National Anthem.)

The brilliance of what Shakira and J.Lo pulled off in their history-making show, however, is in delivering on the promise of giving us an exuberant entertainment experience while displaying a pride in belonging to several cultures that this administration has purposefully neglected (Puerto Rico) or vilifies (every other country with mainly brown or black populations).

They made all the statements, from the world-beat sounds to the ethnic make-up to the dancers to the African-style drumbeats hitting our ears. They gave us an all-American performance featuring the language of Americans and would-be Americans who quietly do the work that keeps America running.

The audience's general ignorance of these respective cultural signals – save for the Spanish lyrics and Lopez's cry of "Born In the U.S.A." – didn't take away from some of our understanding of what these two artists were doing. Shakira and Lopez were setting us straight on the story of what America is and who it is for: a land of various peoples who speak many tongues, all of whom are deserving of dignity and the spotlight.

If that part slipped by most people, perhaps that's the point. And anyway, that zaghrouta meme is bound to have a much longer shelf life than the mediocrity Maroon 5 coughed up last year.