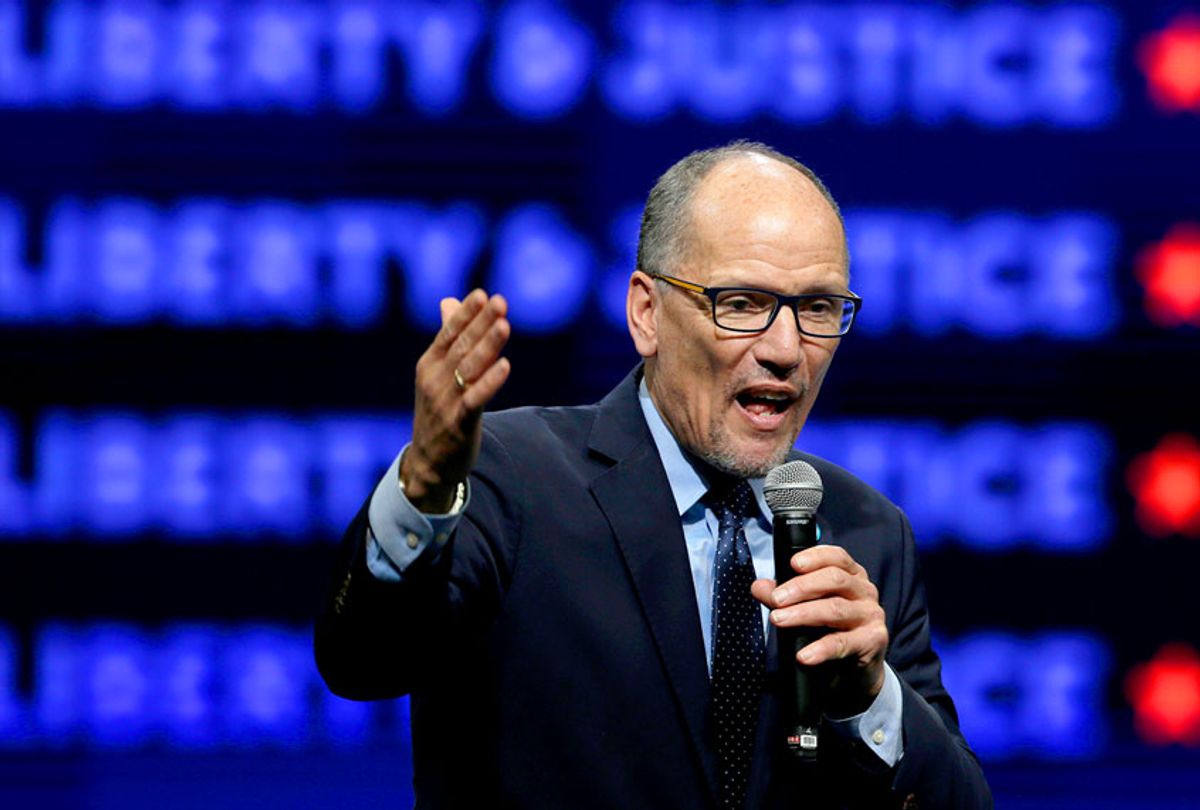 Calls for Tom Perez to step down as the head of the Democratic National Committee grew louder Tuesday in the aftermath of the Iowa caucus fiasco in which party mismanagement of the process delayed the results from Monday night's contest and left the 2020 Democratic presidential primary in disarray.

"The Iowa caucus debacle is so insulting to the candidates, their volunteers, the caucus-goers, and the DNC's own process," tweeted HuffPost senior reporter Zach Carter. "Tom Perez has to resign."

Multiple petitions on Change.org called on Perez to relinquish his position as chair of the DNC. One of the most popular ones had over 13,600 signatures at press time. #ResignTomPerez trended on Twitter overnight.

While Perez and the DNC were not technically in charge of the process Monday night, the national party's influence on the process likely led to the caucus meltdown. Top-level party officials' concerns about Russian interference in the 2016 election have created a cottage industry of technology security experts offering protective services for elections.

On Monday an app developed to report results by little-known but party-connected tech company Shadow encountered problems, throwing the entire process into chaos.

As Common Dreams reported, secrecy around the app, its developer, and the process by which it failed have sown distrust in the primary process among the Democratic rank and file. Perez's position at the head of the party has made him the focus of that anger and frustration.

The anger at Perez had been brewing for days.

On Friday, news that the DNC was going to adjust its debate rules to allow billionaire Mike Bloomberg onstage drew outrage and accusations that the party was allowing the former New York City mayor to buy his way into the election—and the beginning of the latest wave of calls for Perez's resignation. Activist Shaun King, a supporter of the Democratic presidential bid of Sen. Bernie Sanders (I-Vt.), referred to both issues in a tweet on Tuesday.

"I'll be glad to see Tom Perez step down from the DNC," said King. "After a clusterfuck of an election in a state the DNC had a year to prepare for, that was preceded by the DNC changing the rules for a billionaire to buy his way into the race, the man has lost the respect of millions."

Sanders supporter and Democratic Party activist Kat Brezler echoed King's concerns over the direction of the party and emphasized the damage the DNC was doing to the institution.

"The Dem establishment has been screaming that our movement is sowing divisiveness and is going to ruin party unity but they're nailing that to the wall all by themselves," tweeted Brezler. "Changing rules for the DNC threshold for debate access to allow billionaires but not PoC candidates and this!"

Ultimately, Vice senior staff writer Laura Wagner tweeted, the lesson is that the party will stymie Sanders' chances one way or another and the Vermont senator's supporters will need to accept the need to fight on a number of fronts to succeed.

"The DNC is corrupt or incompetent or both and if Bernie Sanders wins the nomination it will be in spite of his party's leadership," said Wagner.