"The unexplained, and at times hostile, calls contributed to the delay," a Democratic official in Iowa confirmed 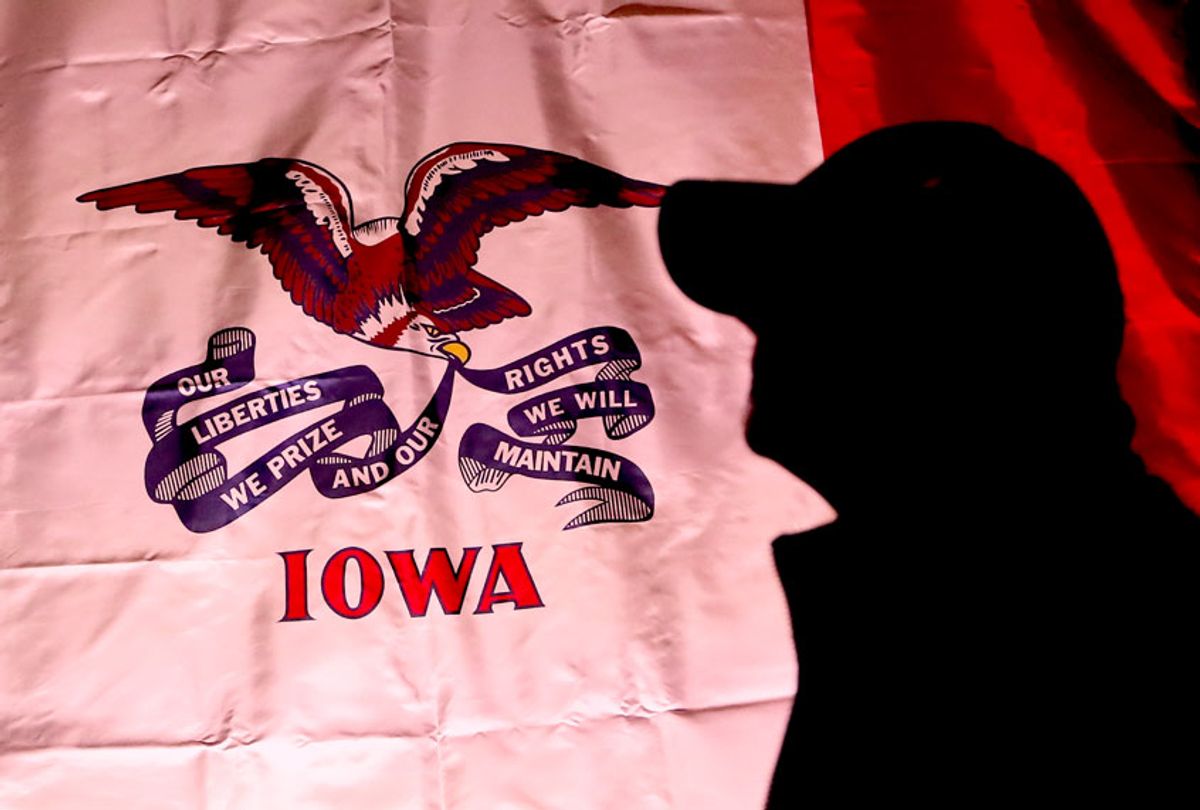 An audience member arrives at a rally for 2020 Democratic presidential candidate at the University of Iowa in Iowa City, Iowa. (AP Photo/Charlie Neibergall)
--

"All the Trump people from around the country started calling and tearing everybody a new one," Iowa Democratic Party (IDP) treasurer Ken Sager told party officials on a private conference call, according to The New York Times.

The hotline was already overwhelmed after a faulty app introduced this year led to extensive inaccuracies and confusion. Officials then had to phone in the results, which overwhelmed the hotline. Officials faced long wait times, "because of the excessive calls we were getting," Kevin Geiken, the IDP's executive director, said.

IDP communications director Mandy McClure confirmed in a statement to NBC News that the party "experienced an unusually high volume of inbound calls . . . including supporters of President Trump."

"The unexplained, and at times hostile, calls contributed to the delay in the Iowa Democratic Party's collection of results but in no way affected the integrity of the information gathered," she said.

The phone number for the hotline was repeatedly shared on the far-right message board 4chan, where users urged members to "clog the lines," NBC News reported. The phone number was found through a simple Google search, according to the report.

"They have to call in the results now. Very long hold times being reported. Phone line being clogged," one user wrote Monday night.

"Uh oh how unfortunate it would be for a bunch of mischief makers to start clogging the lines," another user sarcastically replied.

"I can't wait for the news headlines saying nefarious trolls ruined the caucus," another user wrote.

Some callers hung up immediately, while others expressed support for Trump, NBC News' Maura Barrett said on Twitter. "Iowa Dem officials said that party staff members & volunteers flagged & subsequently blocked repeat callers who appeared to be reaching out in an attempt to interfere with their reporting duties."

It is unclear how many prank calls the hotline received or how much they contributed to the delays. The Trump campaign denied that it had anything to do with the calls.

"We don't know anything about this, but perhaps Democrats should consider using an app that works. It's laughable that they would try to blame Trump for their own incompetence," spokesman Tim Murtaugh told NBC News.

The primary cause of the Iowa caucus meltdown is the faulty app the party hurriedly introduced this year to report the results despite inadequate testing. The app produced erroneous numbers and led to confusion. Many precinct captains were unable to download or use the software. The party then asked captains to call in the results, but phone lines were jammed for hours, leading to long hold times.

The party has since moved on to Plan C, which is to manually review the tallies from each precinct, though some have been delayed after being sent by snail mail, according to The Times.

The IDP has released 97% of the results, showing Sen. Bernie Sanders, I-Vt., in a virtual tie with former South Bend Mayor Pete Buttigieg. But a New York Times analysis has found extensive errors in the results.

The party was able to fix an error that awarded some Sanders votes in Des Moines to former Massachusetts Gov. Deval Patrick.

Though the party was able to fix that errors, a New York Times analysis found errors in the results of more than 100 precincts. In some cases, trailing candidates were allotted more delegates than leading candidates or allotted more delegates than they had available. In other cases, the party's vote totals did not match those released by the precincts.

The Iowa calamity has called the state's caucus system and its leading spot on the primary calendar into doubt. But if there is one saving grace to this week's debacle, it is that the party was able to use paper backups to tabulate the vote.

Millions of Americans will vote on paperless machines this year in at least eight states, according to New York University's Brennan Center for Justice.

"These machines are a security risk, because they do not allow election officials or the public to confirm electronic vote totals," the report warned. "While there has been substantial progress in securing voting machines since 2016, there is still much to do ahead of 2020."