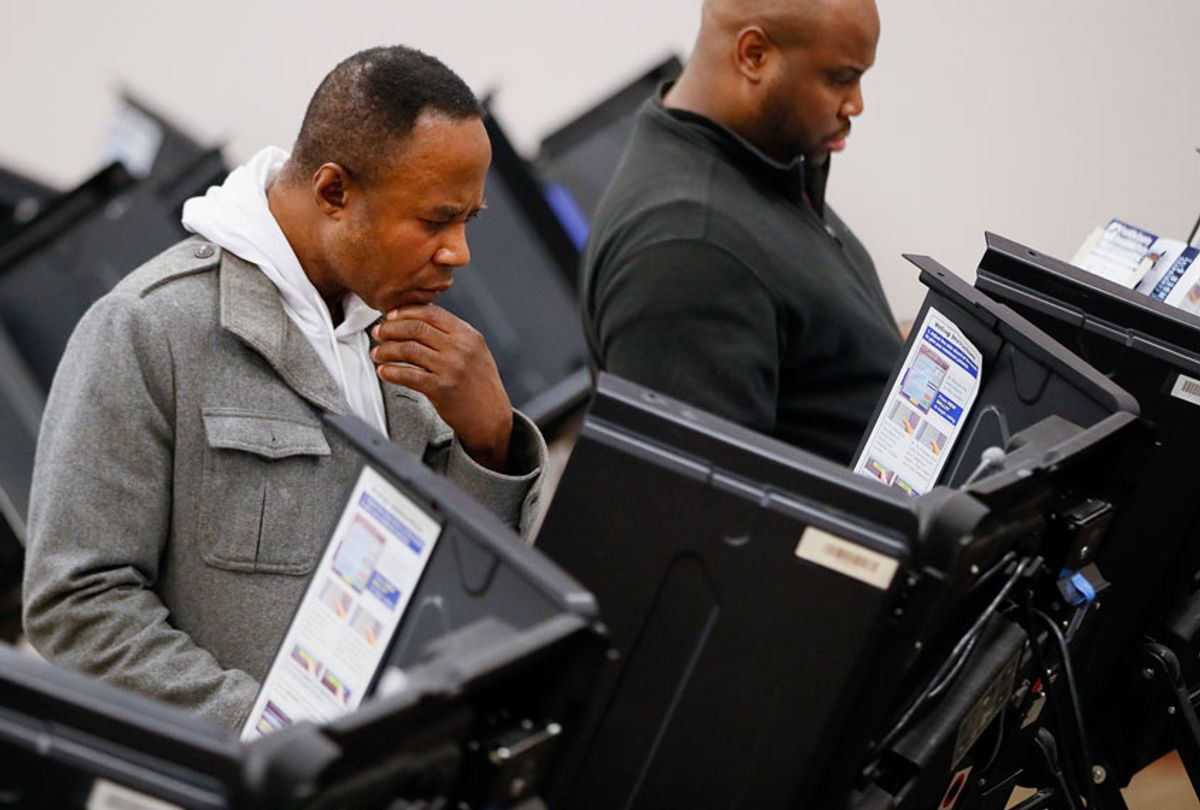 “It is not letting me vote for who I want to vote for,” the voter in the video is heard saying as he repeatedly tried to vote for former state Supreme Court Chief Justice Bill Waller Jr. but continued to see Lt. Gov. Tate Reeves’ name marked on the machine.

“How can that happen?” a woman in the background is heard asking.

The malfunction happened at a voting precinct in Oxford, The Clarion Ledger reported. Anna Moak, spokesperson for the secretary of state's office, told the outlet that 19 votes were cast on the machine before the error was detected and it was taken out of service. Moak added that the "machines are county-owned and tested by local officials" and "to our knowledge, only one machine was malfunctioning."

State officials, however, confirmed at least two other machines in Calhoun County also “jumped.” One voter reported similarly voting for Waller but having the machine change his vote to Reeves.

Though state officials only confirmed problems with three machines in two counties, the Waller campaign told the Ledger that it received reports of the same issue in Leflore, Lamar, Pearl River, Lincoln, Washington, Forrest and Scott counties.

Reeves won the runoff with about 54 percent of the vote, The Associated Press reported.

The machine errors sparked new concerns about electronic voting machines heading into the 2020 election. Many election security experts have pushed for mandatory paper backups for all voting machines, but earlier this month the Brennan Center for Justice at New York University School of Law warned that 12 percent of all 2020 ballots would be cast on paperless machines.

“We should replace antiquated equipment, and paperless equipment in particular, as soon as possible,” the report warned.

Paperless voting machines are also more susceptible to hacking, the Brennan Center said in an earlier report. Former special counsel Robert Mueller found that Russian hackers were able to penetrate multiple voting systems during the 2016 election and warned Congress last month that “they expect to do it in the next campaign” as well.

A Senate Intelligence Committee report also found that Russian hackers likely targeted election systems in all 50 states and warned that paperless machines were especially “vulnerable to exploitation by a committed adversary.”

Even President Trump came out in support of paper ballot backups in June.

“We’re trying to do paper ballots, as a backup system, as much as possible,” Trump told reporters. “Because going to good, old-fashioned paper, in this modern age, is the best way to do it.”

Sen. Amy Klobuchar, D-Minn., has introduced a bipartisan bill with Sen. James Lankford, R-Okla., that would provide federal funding to help states phase out paperless voting machines. But the bill, along with every other piece of election security legislation, has been blocked by Senate Majority Leader Mitch McConnell.

McConnell has argued that election security issues should be left up to individual states. Mississippi is one of 11 states where counties still primarily rely on electronic machines, according to the Brennan Center report. The state received a “D” grade for election security from the Center for American Progress, a liberal group allied with the Democratic Party.

“No state has a right to have voting machines that can be easily hacked,” Lieu told Politico, adding that the federal government “has a responsibility to make sure we have strong election security all over America.”