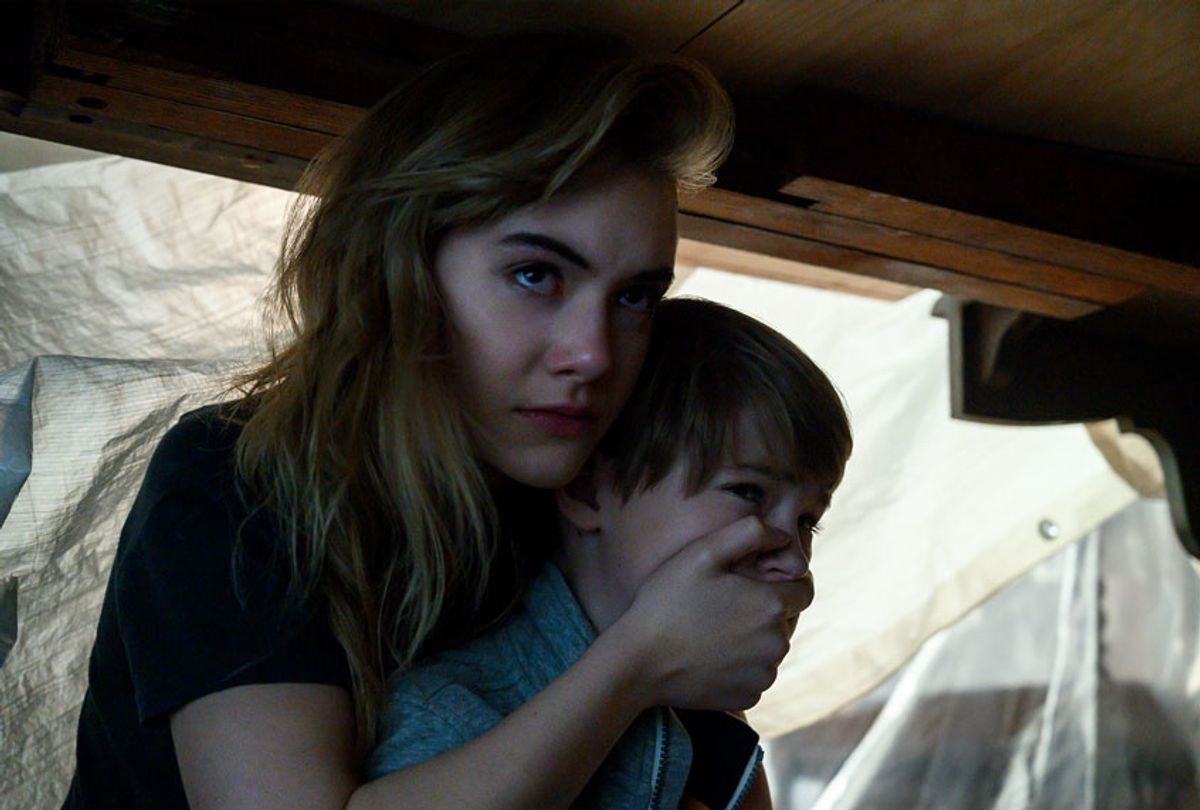 Completing this list is going to be necessary if Bode and his family — his mother, Nina (Darby Stanchfield), and teenage siblings, Tyler and Kinsey (Connor Jessup and Emilia Jones) — are going to continue living peacefully in Key House. The family has just moved to this sprawling, if slightly dilapidated, New England estate, and while it feels a world away from their home in Seattle, it may hold some answers to their father's recent, mysterious murder. Rendell Locke (Bill Heck) had been raised in Key House, though he never returned, or spoke about his time there, once he closed the door behind him.

And it quickly becomes apparent to Bode that there are otherworldly things about Key House that call out to him. Literally. The first being a voice from within a nearby well. It starts as an echo, but soon morphs into a female voice that instructs Bode to search his new home for keys. Since he is a Locke, he'll be able to hear them when he's close.

He begins scouring Key House and, soon enough, he's drawn to a kind of layered, muffled whisper — his first key. After some trial and error, Bode realizes that it can unlock a door to literally anywhere in the world; he can start in his bedroom, pop the key in a lock, and step into an ice cream parlor. It's all fun, games, and vanilla cones until the Well Lady (whom we later come to find out is named Dodge, played by Laysla De Oliveira) takes the key and threatens Bode and his family's safety if he doesn't turn over any other keys he finds.

For viewers, this is when the world of "Locke & Key" –  developed by Carlton Cuse ("Lost"), Aron Eli Coleite ("Heroes"), and Meredith Averill ("The Haunting of Hill House") – really opens up, revealing a layered magical mystery that is often captivating. The series is based on the comic book of the same name illustrated by Gabriel Rodríguez and written by Joe Hill of Hill House Comics; Hill, who is Stephen King's son, is unsurprisingly something of a master of dark fantasy and horror and is credited as the series' creator. This Netflix adaptation leans a little more heavily on the dark, contemporary fantasy than the horror elements of the source material, whichd keeps us out of jump-scare territory.

But while the Anywhere Key — which sparks the family's entire adventure — allows its owner to jump from location to location with no effort, over the course of 10 episodes, "Locke & Key" jumps from genre to genre a little more clumsily.

At times "Locke & Key" is a murder mystery. At other times, it is a drama about a deeply traumatized family. There are elements of horror series and supernatural television. The show is at its strongest when it leans into the ancestral lore genuine to the comics and its inherent adolescent treasure-hunt-gone-wrong energy reminiscent of "The Goonies"; it's at its weakest when we're away from Key House, thrusting us squarely into a straightforward teenage drama about love triangles, high school parties, and fitting in at a new school.

Don't get me wrong, moments of this are definitely satisfying — like when Kinsey uses a key to control the high school mean girl, forcing her to publicly humiliate herself. But often these excursions seem to come at the expense of some immediate questions that aren't satisfactorily answered for much of the series. Who is our resident Well Lady, Dodge? What exactly happens if she gets all the keys? Does she have an actual evil plan or is she just a chaos-monger?

The answers to these and many other uncertainties — about Rendell Locke's death, about his childhood friends, about the town itself — are mostly stockpiled until the penultimate episode, which is arguably one of the strongest of the series. But it's a long time to wait for that payoff. And while "Locke & Key" can be applauded for its ambitious attempt at genre-blending, a new (perhaps unfairly high) standard has been set by HBO's "Watchmen," which demonstrates how to blend backstory, character development, and supernatural lore without sacrificing pacing.

That said, the show's structural problems are almost completely mitigated when the characters are restricted to the literal structure of Key House. Within their father's ancestral home, their challenges — Nina's struggles with sobriety, Kinsey's fear, Tyler's repressed anger — and triumphs come into clear view, especially with the aid of The Head Key, the key that allows its user to take a tour of their own minds. The darkness within each of their subconsciouses is both mirrored and magnified by the home's mysterious physical corridors; Nina's attempts at renovation seem symbolic of the work each of the family members is doing in attempt to heal after Rendell's death.

And like any healing process, "Locke & Key" is worth it in the end if you can push past the parts that are uneven and a little messy.

"Locke & Key" is currently available to stream on Netflix.