The average family's real income is dipping by $1,277, a CBO analysis says 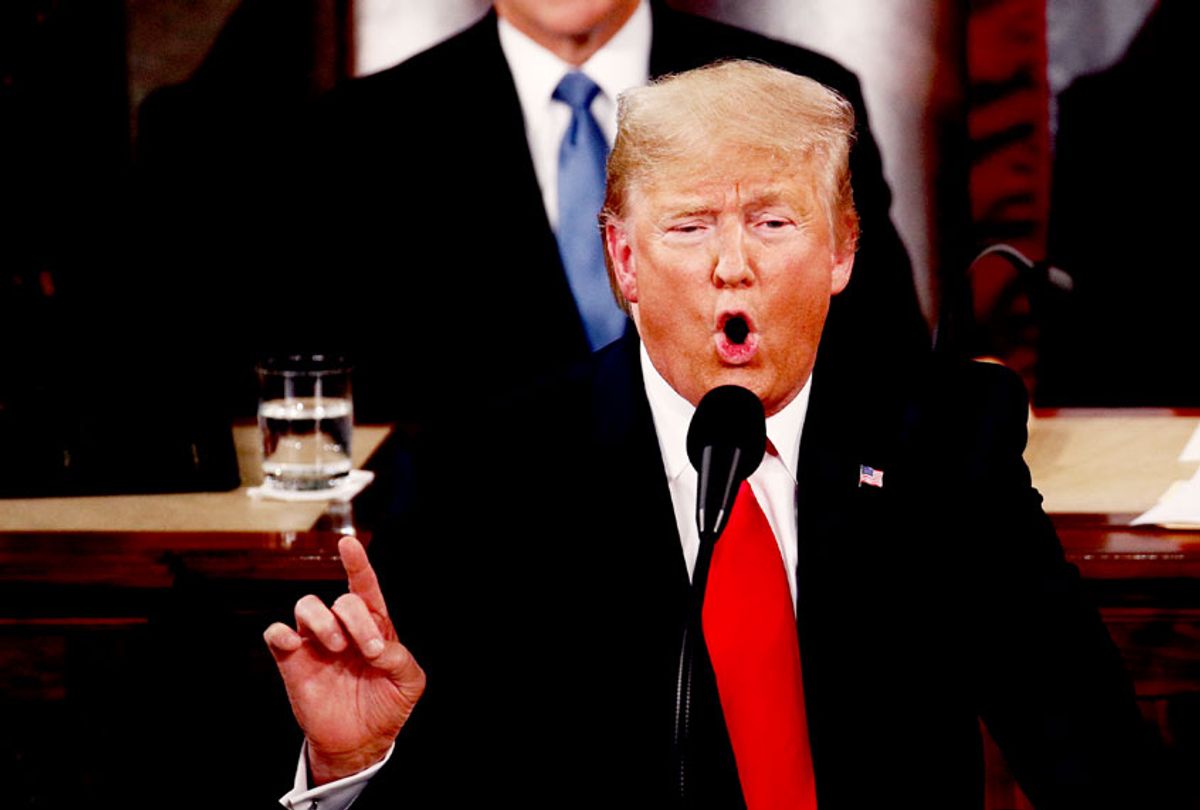 President Donald Trump's trade war is projected to reduce the average family's real income by $1,277, according to a new report from the Congressional Budget Office (CBO).

The CBO, a nonpartisan congressional research arm, projected that the tariffs imposed by the Trump administration and retaliatory tariffs imposed by countries like China will reduce economic growth while increasing prices to consumers.

"Tariffs are expected to reduce the level of real GDP by roughly 0.5 percent and raise consumer prices by 0.5 percent in 2020. As a result, tariffs are also projected to reduce average real household income by $1,277 (in 2019 dollars) in 2020," the report said. The figure is more than double the $580 projection in last year's CBO report.

By comparison, the median American household pays about $2,000 in federal income taxes, meaning the trade war effectively amounts to a tax hike of more than 60%.

The report said the negative effects will "diminish over time" as companies adjust to market conditions, but still projects the trade war to lower economic growth every year through 2030 if the tariffs stay in place.

The CBO explained that tariffs hurt the US economy in multiple ways, contradicting Trump's claim that trade wars are good and "easy to win." For one, tariffs increase costs on consumer goods. They also create uncertainty that "leads some U.S. businesses to delay or forgo new investments or make costly adjustments to their supply chains." And tariffs also result in retaliatory policies from trading partners, reducing exports by American companies.

And despite Trump's claim that his policies have led to historic economic growth, the CBO projects that the economy will grow by just 1.7% through 2030. Trump had claimed that the economy would grow by 4 to 6% but growth has been barely over 2% in each of the last three quarters, slower than during the final three years of the Obama administration.

The CBO report is just the latest research showing the consequences to consumers from Trump's trade war.

A 2019 New York Federal Reserve report showed that the costs of the tariffs were passed on entirely to consumers in the form of higher prices with "no impact" on foreign exporters.

A report by economists on the Federal Reserve Board published in December further showed that the tariffs hurt the manufacturing industry that they were intended to protect. The report found that the tariffs gave manufacturers a "small boost" but it was soon "offset by larger drags from the effects" of rising costs and retaliatory tariffs. As a result, manufacturing employment fell while prices to consumers continued to increase, causing a recession in the manufacturing sector for much of last year.

The trade war has also hit the retail, technology, telecommunications and apparel industries.

Many of the retaliatory tariffs imposed by China and other countries in response to Trump's escalation also targeted farmers. Trump responded by announcing two farmer bailouts that were double the size of the 2009 auto bailout under former President Barack Obama. The revenues raised by the tariffs imposed on China are nowhere near enough to cover the cost of the bailouts, according to another report from the Federal Reserve Bank of New York.

Despite Trump's attempt to throw taxpayer money at a problem of his own creation, farm bankruptcies skyrocketed by 20% last year, the biggest increase since the period following the 2007-08 economic crisis.

Trump has argued that the pain of the trade wars is worth it because it creates negotiation leverage in trade talks with countries like China. Trump bragged about two "historic" victories after he signed a "Phase 1" deal with China and the US-Mexico-Canada Agreement (USMCA), Trump's highly-touted replacement for NAFTA.

The USMCA is "90 percent identical" to NAFTA, noted The Washington Post's Catherine Rampell, which Trump called the "worst trade deal ever made." Much of the rest "largely cribs language from the Trans-Pacific Partnership, an Obama-era deal Trump tore up because it was a 'disaster' and a 'rape of our country,'" in Trump's words.

The deal does include some protectionist elements for sectors like the US auto industry, but the administration's own analysis found that these provisions may actually hurt auto companies by raising costs.

The Phase 1 China deal rolled back some, though not nearly all, of the tariffs on China in exchange for Chinese officials pledging to massively increase US agricultural imports. But some farmer groups quickly criticized Trump for making a deal based on a promise of "one-time purchase" rather than long-term relief.

"President Trump said that we're all going to need to go buy bigger tractors," North Dakota farmer Justin Sherlock told Reuters. "I don't think many farmers are going to invest much money until we see that this is a done deal and a long-term deal."

Chinese officials have already suggested they won't make the purchases if "market conditions" change, according to The Post, and soybean prices fell despite Trump touting China's nonbinding promise to buy billions of dollars of soybeans.

Estimates reported by Bloomberg News suggest that the cost of the tariffs to consumers may wipe out what little benefit families got from the Trump tax cuts, which overwhelmingly flowed to the rich and to corporations.

Gary Hufbauer, a senior fellow at the Peterson Institute for International Economics, predicted to the outlet that the annual cost to households could continue to increase despite Trump's highly-touted new trade deals.

"For the average household it will be a net loss, no doubt," he said. "It will be painful."