"For a fixed $150 fee, the Bloomberg campaign is pitching micro-influencers" 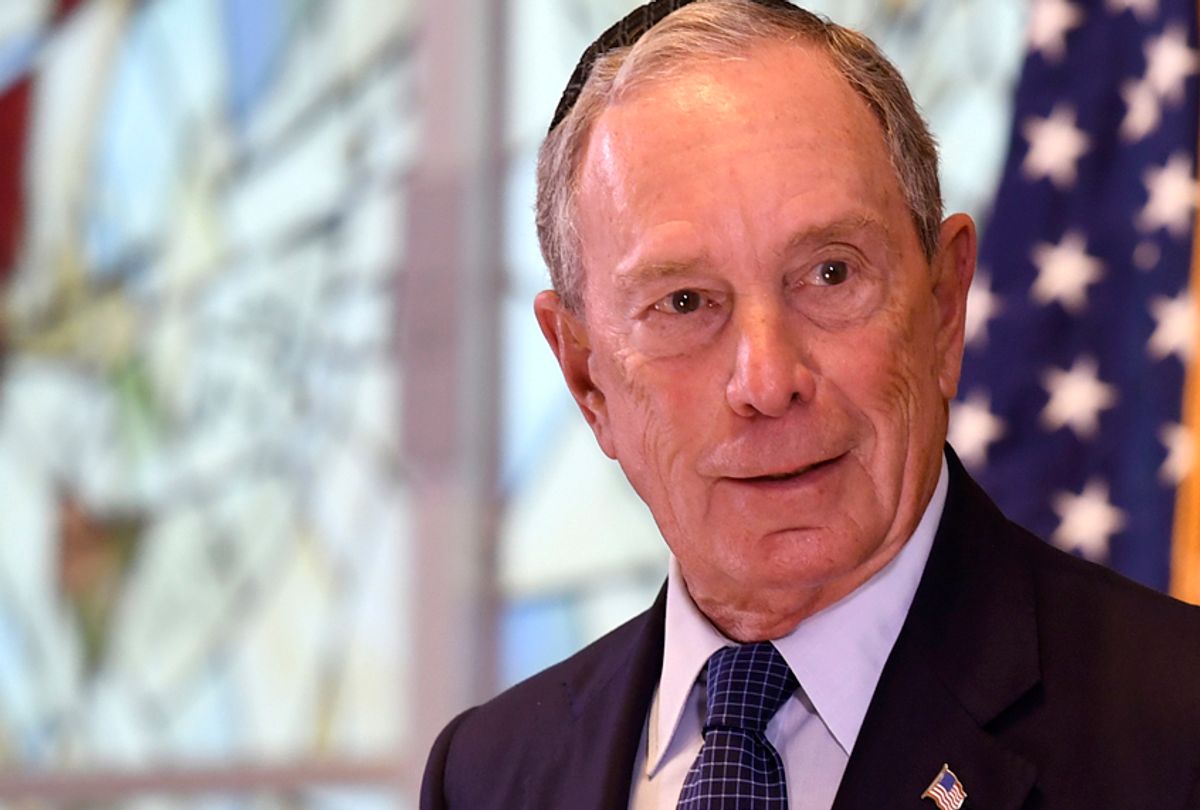 Many of the ads that Democratic presidential hopeful and former New York City Mayor Mike Bloomberg has been running on MSNBC and elsewhere have focused on policy, stressing the differences between him and President Donald Trump on health care and other issues. But journalist Scott Bixby, in a new article for the Daily Beast, examines another element of the ex-Republican turned Democrat's presidential campaign: image. And according to Bixby, a key part of that is "paying influencers" to make his campaign "seem cool."

The internet and social media, Bixby notes, are a big part of Bloomberg's push for a "cool" image. Bixby reports, "The Bloomberg campaign has quietly begun a campaign on Tribe, a 'branded content marketplace' that connects social media influencers with the brands who want to advertise to their followers, to pitch influencers on creating content highlighting why they love the former New York City mayor — for a price."

Bixby goes on to explain what that "price" is.

"For a fixed $150 fee," Bixby reports, "the Bloomberg campaign is pitching micro-influencers — someone who has from 1000 to 100,000 followers, in industry parlance — to create original content 'that tells us why Mike Bloomberg is the electable candidate who can rise above the fray, work across the aisle so all Americans feel heard and respected.'"

Bixby also explains how Tribe works. The company, he points out, "offers brands" the "ability to solicit custom-made content from aspiring influencers."

In the "About Us" section of the Bloomberg campaign's Tribe posting, Bixby notes, the campaign describes him as "a middle class kid who worked his way through college" and "a self-made businessman" and "proven supporter of progressive values" who "can get things done."

It isn't surprising that Bloomberg uses the word "progressive" despite leaning conservative. The former Rockefeller Republican turned Democrat certainly isn't "progressive" in the way that Sen. Bernie Sanders is progressive, but he hopes to win the Democratic nomination — and then, defeat Trump in November — by appealing to both liberal and centrist voters. Bloomberg's strategy, however, hasn't involved participating in the Iowa Caucuses or the New Hampshire Democratic primary, but rather, making his mark on Super Tuesday (which will take place on March 3).