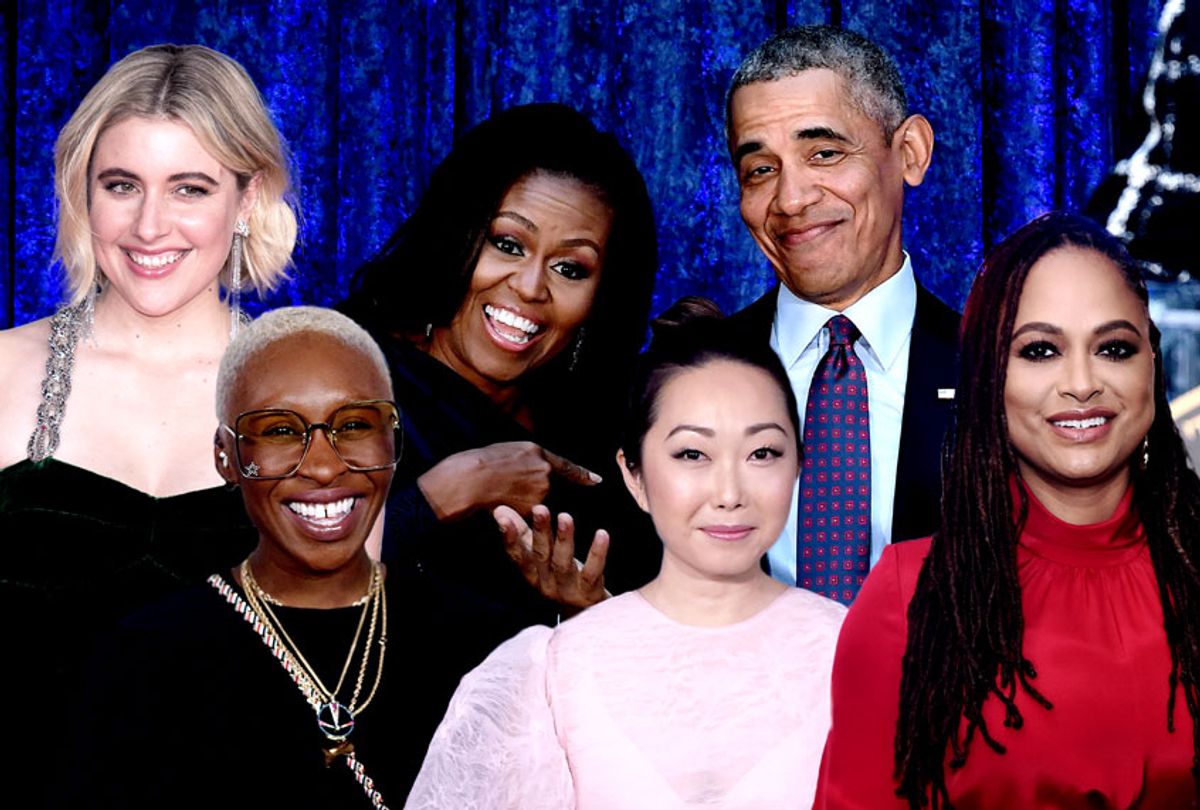 If the hashtags #OscarsSoWhite and #OscarsSoMale resonate with you, you've got good right to be mad about Sunday night's Academy Awards ceremony.

Despite a run of 2019 victories – a mostly non-white group of winners and a short film about menstruation activism topping its category, among other wins – that flew in the face of those hashtags, the 2020 nominees resemble either backlash or deliberate forgetting. Five of the nine Best Picture picks are about men and boys surrounded by violence. There's exactly one non-white actor and director nominated and zero women directors recognized despite being able to list the deserving in each of these categories while standing on one foot.

But let's not stay there. Instead imagine this year's Oscars to be akin to the 2018 midterm election where the math stunk for big wins (Ted Cruz still has a job; Stacey Abrams doesn't have the one deserved) but little victories hid in plain sight (Eastern Kansas, a 94% white congressional district, is now represented by an LGBT Native American woman). The little victories may not feel like the immediately present but point to a future coming into view.

On Sunday, no matter what the outcome, consider what follows as reason to hope, in addition to recommendations for how you can support these people to continue creating.

The arrival of Cynthia Erivo

The only actor of color nominated in 2020 has gone from a terrific yet brief performance as the world's badass-est babysitter in the criminally overlooked drama "Widows" to an Academy-nominated title role in a little over a year. Oscar odds are not in Erivo's favor as the "Harriet" Nov. 1 release date feels like an ill-conceived marketing afterthought. But this might be trading an Oscar loss for a career win. She's got no less than four film and television projects coming off the line including screenwriter Charlie Kauffman's next project "Chaos Walking" and playing Aretha Franklin in the Nat Geo anthology series "Genius."

If you like Cynthia Erivo, her nomination is the opening bell to much more.

The possible four-peat of Thelma Schoonmaker

Martin Scorsese's ace editor has already won three Oscars. No other women and only three men have done this in the 86-year history of the category. If Schoonmaker wins on Sunday for "The Irishman," she will stand alone.

Although Scorsese has named Schoonmaker as a key reason for his longevity and standing, it still feels like musty advice to recommend third viewings of "Raging Bull" or "Goodfellas" just to see an artist like Thelma Schoonmaker at her finest. Instead seek out two of her non-Scorsese movies, 1996's "Grace of My Heart" and 2014's "Learning to Drive" (both directed by women) that, in Schoonmaker's hands, make recording studios and parked sedans a visual thrill.

The landing of Higher Ground Productions

Headed up by Barack and Michelle Obama, Higher Ground's first release, "American Factory" scored a nomination for Best Documentary. It's streaming on Netflix as will be all of the company's upcoming projects – a biopic of Frederick Douglass, a scripted series about fashion in post WWII New York City, an anthology series based on the New York Times obituary column "Overlooked," and a feature-length documentary about the beginnings of the modern disability rights movement. Nearly all of these projects are directed by women and/or filmmakers of color.

The continuing richness of the documentary category

Each of the 10 nominated documentaries has at least one woman or person of color in the director's chair. All of the features and four of the five shorts are available to stream.

These artists all of have films past, present, and future. Know their names.

The momentum of the snubbed directors

Lulu Wang's "The Farewell," Greta Gerwig's "Little Women," and Melina Matsoukas' "Queen & Slim" deserve our time and advocacy even though they were shut out of director's nominations. Very soon there will be plenty more opportunities to cheer: Gerwig is scheduled to write and direct a feminist retelling of Barbie starring Margot Robbie, Matsoukas had been set to direct the pilot of the limited series adaptation of the Y: The Last Man graphic novel, and Wang is in the midst of adapting Alexander Weinstein's short story "Children of the New World" into a sci-fi film. Wang also made a great romantic comedy before "The Farewell" called" Posthumous" in 2014, available on Amazon.

Their omission from the Oscar's directing category hasn't stopped these filmmakers one bit. Nor should it stop us.

According to the USC Annenberg School of Journalism's Inclusion Initiative, 12 of the Top 100 grossing films of 2019 were directed by women, the highest percentage since their research began in 2007: The just-completed Sundance Film Festival had 46% of its feature films programmed directed by women. Four of this year's superhero movies ("Birds of Prey," "Black Widow," "Wonder Woman 1984," and "The Eternals") are women-directed. New work by Dee Reis, Ava DuVernay, Elizabeth Banks, and Olivia Wilde are on the way.

On New Year's Day, IndieWire's Deputy Film Editor Kate Erbland posed the question, "Is this the year it will all change?"

The Oscars like to think they are uniquely positioned to answer this question, viewing each ceremony as a kind of Cinematic State of the Union. And yet the Academy Awards are far better at marking a moment in Hollywood's business cycle than leaving their mark on film history. An Oscar win does not promise a glorious career, only a temporary bump in the winner's asking price. Best Picture holders have an iffy track record of becoming classics (the last time you thought about "Birdman" or "Chicago" was?) and our collective Oscar highlight reel contains as many courageous dress designs, quotable acceptance speeches, and host stunts as it does any one year's nominees. Sally Field said, "You really like me!" after winning an Oscar for what movie now? Hint: The answers is NOT "Norma Rae."

Still the choices of Academy members directly affect what moviegoers see as worthy of their attention and therefore what movies will get made in the immediate future. A2020, the Academy's 2016 initiative aimed at doubling the number of voting women and members of color by 2020 has succeeded at the former and failed at the latter by 17 percentage points. Cheryl Boone Isaacs, the organization's president who implemented this initiative was the first black woman to hold the job. Her two successors have been white men.

Does every year in Hollywood have to feel like the year everything could change but something as high visibility as the Oscars won't?

The continual frustration of two-steps-forward-one-back blinds us to even the smallest victories when we need them most. Did the 2018 election seem like a win to you? Or are the 17 black women elected to serve in the Texas judiciary in 2018 and the highest midterm voter turnout in a century blotted out by Ted Cruz still having a job?

The backsliding of Oscars 2020 in major categories called out by #OscarsSoWhite and #OscarsSoMale can feel like no victories will ever come, even when they have.

What strength we get and action we take from victories is up to us. We can stay wrapped in anger or use that anger to explode through cracks in Oscar stasis. Get behind the movies and artists nominated you want to see succeed. Lead your community into becoming theirs. Wanting more and different movies from more and different creators makes you a mammal scurrying at the feet of dinosaurs.

We are right to bemoan how far away the asteroid seems. We can also act as though it has already landed.