Why the charcoal toothpaste trend needs to die

Goth toothpaste isn't doing your teeth any favors, and raises questions about the regulation of "health" products 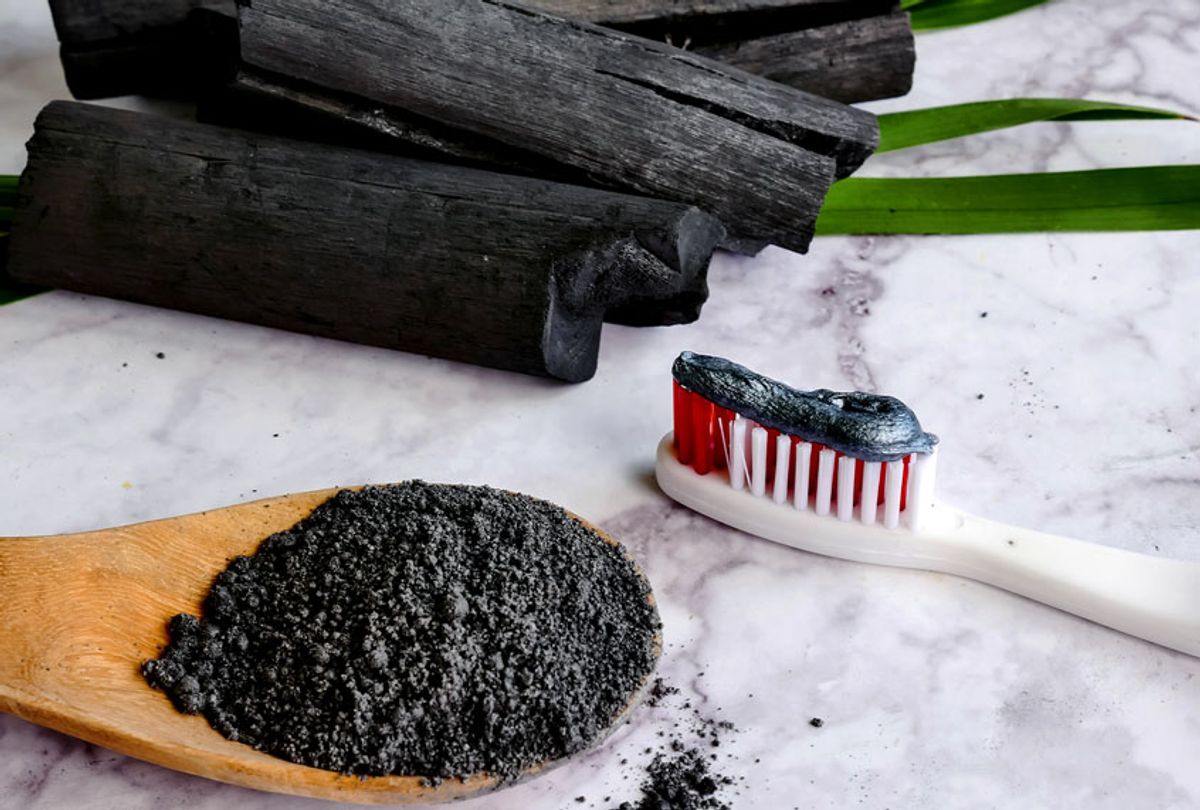 Thanks to the rise of Instagram, the need for food, beverages — basically everything we consume — to look pretty has never been so prevalent. From color-blocking furniture to perfectly-sliced avocados to "unicorn" foods, social media has raised the bar for not only what we consume, but how appealing what we consume is to the human eye. Certainly this is why, when activated charcoal in food became a thing, it was described as backlash to all the bright color-splashing Instagram feeds. From scoops of black ice cream to charcoal pizza crust, one Eater writer called the charcoalization of food a "goth response to the ubiquity of unicorn lattes and rainbow bagels."

But then another type of backlash happened, this one from public health officials. In 2018, the New York City Department of Health and Mental Hygiene (DOHMH) said that activated charcoal was no longer permitted to be sold in food and drinks, as a result of a rule instituted by the U.S. Food and Drug Administration (FDA). The California Health Department has agreed, although charcoal-infused lattes are still easy to find in many major California cities.

Scientifically speaking, activated charcoal is the name for any set of carbon-rich materials, like coconut ash, wood or coconut shells, that have been heated at very high temperatures. This heating process removes previously absorbed molecules to free up bonding sites. Activated charcoal has been used in hospitals to prevent poisons and drug overdoses, as the high surface area of the specific carbon allotrope in activated carbon prevents microscopic substances from being absorbed by the body. In the wellness world, activated charcoal is used and marketed as a detoxifier, and appeared to rise in popularity after Gwyneth Paltrow's Goop recommended readers on juice cleanses to pick up charcoal lemonade in 2014. This detox narrative was further pushed by celebrities like Kim Kardashian and Chrissy Teigen.

There have been numerous articles over the years in which doctors debunk the myth that activated charcoal absorbs toxins in the human body, as your kidneys and liver already do that. But what about how it interacts with our teeth?

Many dentists were critical of its ability to whiten. "When used in toothpaste, charcoal is reported to have the ability to whiten teeth, however it does have negative effects," Dr. Sargon Lazarof, a cosmetic dentist and the founder of the Sargon Dental & Implant Institute in Encino, Calif., told Salon in an email. "The dark charcoal can get stuck in small nooks and crannies of teeth and fillings and making them unsightly. Also, if charcoal is stuck under the gums, it could be harmful."

Lazarof, who described the trend as "the CBD of the oral care industry," added: "In many cases the charcoal in toothpastes also replaces fluoride, which is needed for its antibacterial effects." Though some conspiracy theories contend that fluoride is toxic, dentists and public health officials consistently agree that fluoridated water and toothpaste are particularly importan, especially for children. As reported by NBC News in 2018, fluoride was once considered to be one of the top public health achievements of the 20th century by the Centers for Disease Control and Prevention (CDC). But in part due to the anti-fluoride movement, several U.S. cities have voted to remove fluoride from their drinking water over the years.

Another dentist, Dr. Rick Mars, based in Miami, Florida, said that charcoal toothpaste is merely the "latest fad" in the dental market.

"There has been many, many claims about the benefits of charcoal toothpaste, but nothing has been substantiated with good science," Mars said in an email. "The claims vary from it will whiten your teeth to it will detoxify your body. Once again, where is the science? No toothpaste has been shown to truly whiten teeth like tooth whitening or bleaching."

In 2019, a review of 50 charcoal toothpastes published in the British Dental Journal found 8 percent of them contained fluoride, and about 96 percent of the products claimed to have tooth whitening properties but did not contain enough free bleaching agents to do so.

"No toothpaste has been shown to truly whiten teeth like tooth whitening or bleaching; if you want to whiten your teeth then bleach your teeth," Mars said. "Toothpaste does not stay on your teeth for a substantial period of time to have any long-term effect such as whitening, and no toothpaste can detoxify your body."

Mars added: "Some people even feel charcoal toothpaste can be too abrasive for teeth and can cause damage to your enamel."

There are legitimate reasons to be skeptical about the biggest toothpaste brands and their oft-specious claims. In 2016, antibacterial agent triclosan was banned from household soap products with the curious exception of Colgate Total toothpaste. The chemical had been linked to cancer cell growth. After public skepticism over the Colgate exception, the company bowed to public fear and eliminated the ingredient from its toothpaste.

It is possible that corporate mistrust and unregulated marketing claims have, in part, given way to the rise of alternative toothpastes, including charcoal-activated ones. Perhaps the legitimate collective fear of industrial chemicals and their regulation is helping to popularize so-called natural toothpastes; or maybe it is the collective desire to be closer to nature, and to seek out time-tested products that predate modern chemistry. Yet as the charcoal trend has shown us, sometimes nature has its flaws.