Graham: Barr created a “process” to allow Giuliani to feed Biden dirt to Department of Justice

"The Department of Justice is receiving information coming out of the Ukraine from Rudy," Graham revealed Sunday 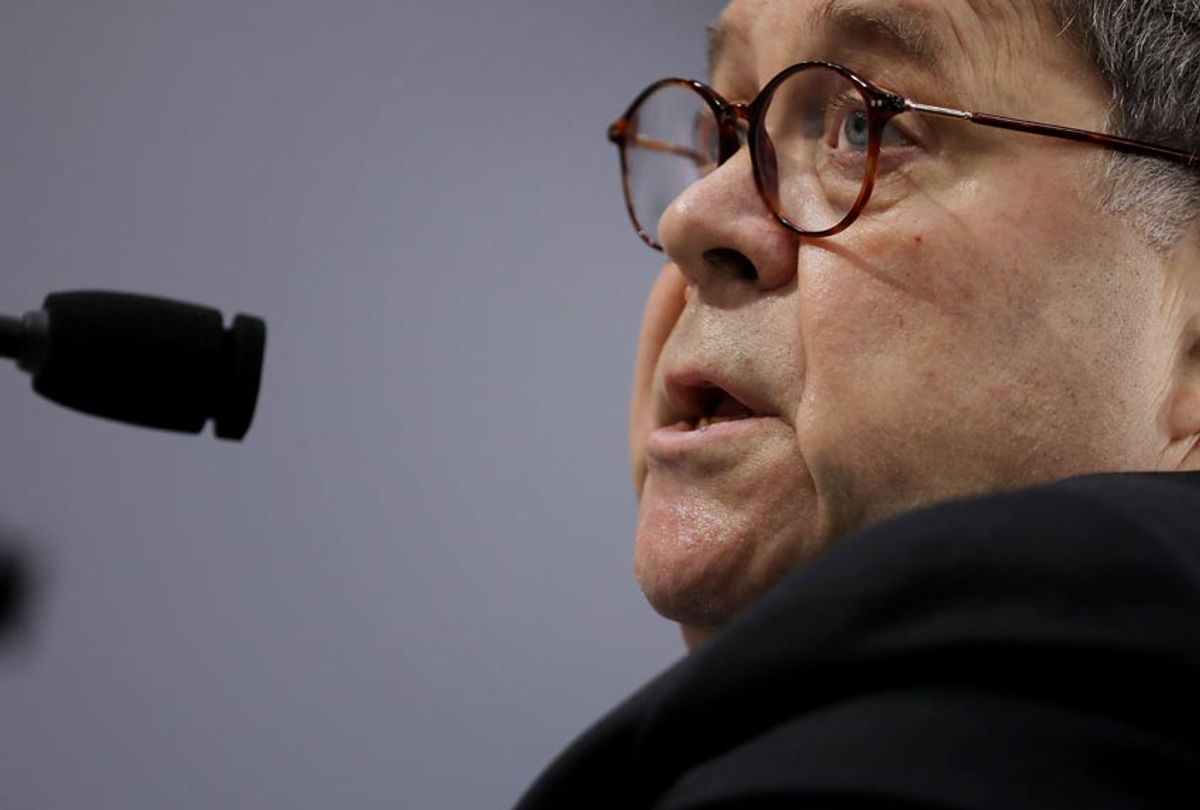 Graham, a staunch Trump ally who chairs the Senate Judiciary Committee, told CBS News' "Face the Nation" the department was ready to accept Giuliani's information, though he denied it had been ordered to do so. Giuliani and his indicted associates spent months hunting for damaging information on Biden in Ukraine, pursuing numerous debunked conspiracy theories in an effort which Giuliani bragged would help Trump's re-election campaign. Those actions led to the president's impeachment by the House of Representatives, but he was acquitted in his Senate trial last week.

"The Department of Justice is receiving information coming out of the Ukraine from Rudy," Graham said. "[Barr] told me that they have created a process that Rudy could give information, and they would see if it's verified," he added, even though Giuliani is facing a DOJ investigation himself.

Graham said he spoke Sunday with Barr and Senate Intelligence Chairman Richard Burr, R-N.C., who urged him to "take very cautiously" any information from Ukraine.

"If Rudy Giuliani has any information coming out of the Ukraine, he needs to turn it over to the Department of Justice, because it could be Russian propaganda," Graham added.

When host Margaret Brennan pressed Graham on whether Giuliani was being "played" by the Russians, the senator said he did not know.

"I'm telling Rudy, you think you've got the goods? Don't give it to me, because what do we know? We know the Russian disinformation campaign was used against President Trump. They hacked into the DNC system — not the Ukrainians — and they're on the ground all over the world trying to affect democracy," Graham said, countering Giuliani and Trump's debunked conspiracy theory that Ukraine interfered in the 2016 election instead of Russia.

Brennan questioned how the process described by Graham differed from the scheme which got the president impeached.

"When you're talking about being asked to do these things in a channel being open between Rudy Giuliani and the Justice Department, this sounds a lot like this is in some ways a taxpayer-funded oppo-research operation against Joe Biden. Isn't this exactly what was at the heart of the impeachment probe to begin with?" she asked.

"No, not at all," Graham said. "There are plenty of people being contacted by folks from the Ukraine."

"So Democrats are being played and I'm not going to be played," Graham said.

Graham's comments came after Giuliani issued a personal appeal to the senator Saturday in a Fox News interview.

"I believe if we prove what happened, he will be totally vindicated," Giuliani told the right-leaning network, insisting that he had "smoking gun" evidence that implicated the Bidens. "Lindsey, get started . . . We've got the documents, Lindsey."

"There would be so many things wrong with Barr granting VIP direct access to Giuliani that it's hard to know where to start,"CNN legal analyst Elie Honig, who is a former federal prosecutor, said. "Barr already has sacrificed his integrity and bent the law to do President Donald Trump's bidding, but this new arrangement, if true, with Trump's personal counsel would invite potential criminality right into the heart of the Justice Department."

Former U.S. Attorney Barb McQuade pointed out that the Justice Department has plenty of "actual public servants to investigate crime."

"They are bound by rules and public disclosure requirements and may not work for anyone else. Giuliani is not a government employee, and not bound by the rules," she tweeted. "He is a private attorney for Donald Trump and other paying clients."

"Remember, from the testimony, Trump doesn't want an investigation. He wants an announcement that someone is investigating," Lockhart said. "And Lindsey Graham on national television yesterday said, 'Ukraine failed. Our Justice Department is now looking into this.' And Trump will . . . take it one step further and say, 'The Department of Justice is looking into this. It's so serious.' That's what that was about."