"This is a film about the state of the human economy right now," Andrew O'Hehir wrote for Salon 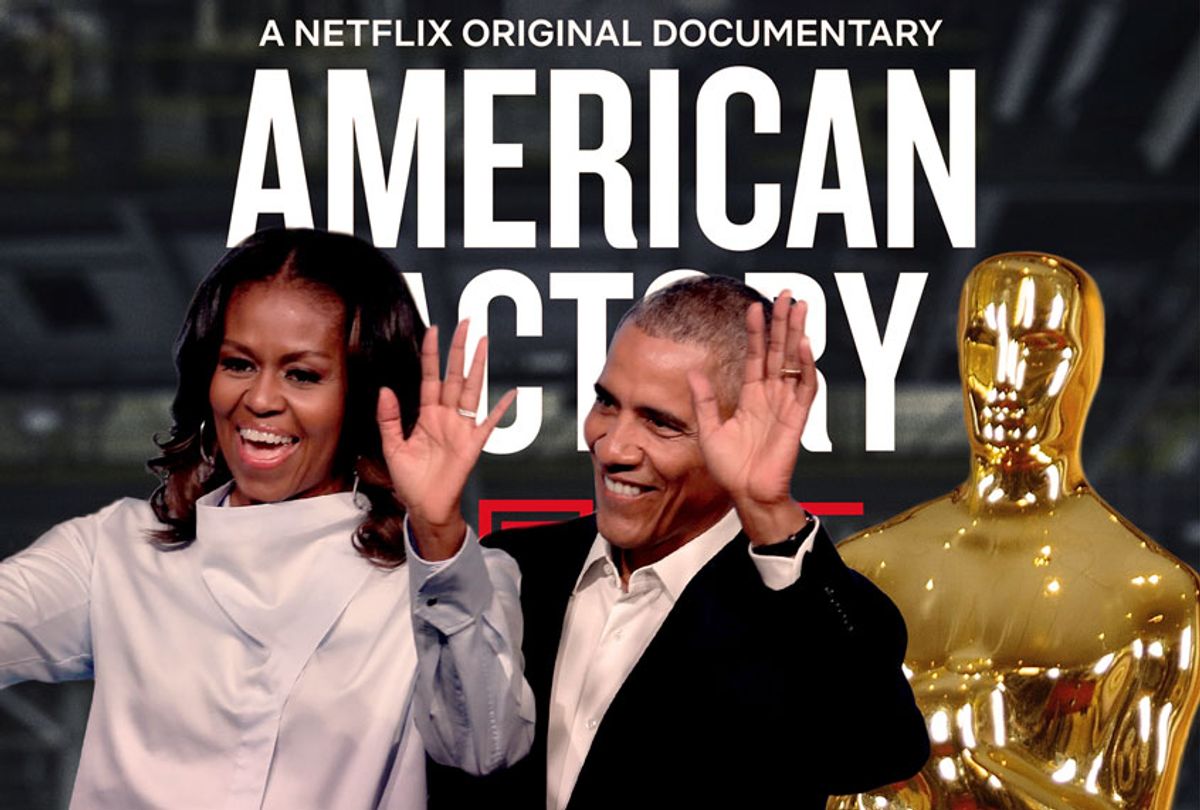 The production company founded by the Obamas won the Academy Award for best documentary feature Sunday night at the Oscars.

The company, Higher Ground, won for producing the Netflix documentary "American Factory," which focused on the plight of workers who were laid off from jobs at a General Motors plant in Moraine, Ohio, during the 2008 economic recession. Many of those workers were rehired in 2014 when a Chinese company, Fuyao Glass America, purchased the plant. Clashes eventually erupted between the employees and their new management.

"Congrats to Julia and Steven, the filmmakers behind American Factory, for telling such a complex, moving story about the very human consequences of wrenching economic change," former President Barack Obama tweeted Sunday night.

Michelle Obama, who served as first lady during the Obama administration, added that she was "so glad to see their heart and honesty recognized—because the best stories are rarely tidy or perfect. But that's where the truth so often lies."

Technically, the Obamas were not awarded individually for the film, because they did not meet the threshold to qualify as primary producers. As Vox's Emily Todd VanDerWerff explained, the Academy considers an individual to be a primary producer of a project if they were involved in production work. These tasks include acquiring talent and funding, in addition to shepherding a film through production. The Obamas signed onto "American Factory" after it had already been made, but they could find themselves as individual nominees in the future.

During her acceptance speech, Reichert told the audience that "working people have it harder and harder these days, and we believe that things will get better when workers of the world unite."

Conservative media outlets reported this as a Marxist slogan, with Fox News claiming that "'The Communist Manifesto' got a shoutout during the 2020 Oscars" and the Washington Examiner writing that "the phrase is used to proselytize worldwide class conflict."

The outlets pointed to a line from the 1848 book "The Communist Manifesto," by Karl Marx and Friedrich Engels, which is often translated: "Workers of the world, unite! You have nothing to lose but your chains!"

Speaking with Salon earlier this month, Bognar opened up about the filming process to executive editor Andrew O'Hehir.

"If you watch documentaries, they're meant to be that moment after moment that if you scripted it, the audience would go, 'Oh, that's too unbelievable,'" Bognar told Salon. "And we felt that. I mean, when those American guys, those big burly guys start dancing to 'YMCA,' we just couldn't believe it. And it's so beautiful, and so that's a wonderful clash of sensibilities and culture. But you can't script that stuff."