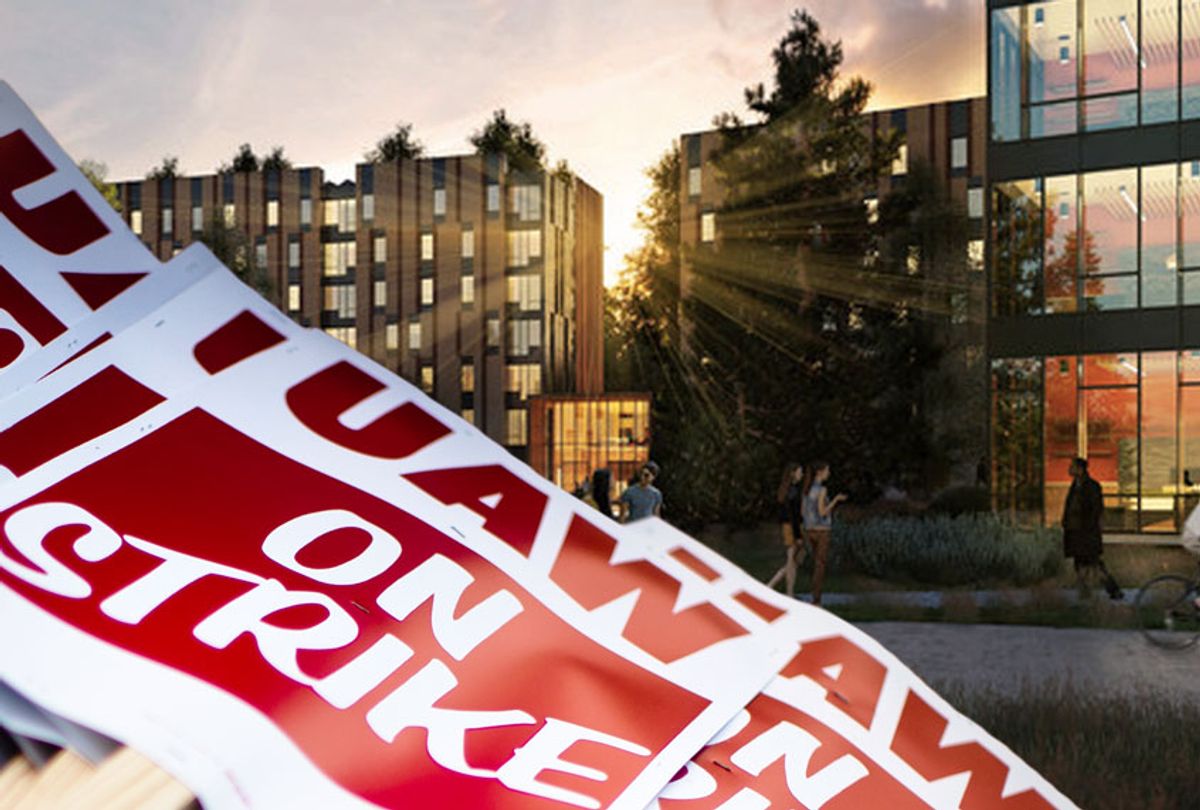 At the University of California, Santa Cruz, graduate students live and learn in one of the most expensive cities in the United States, subsisting on salaries that are often below $20,000.

"Since I've moved to Santa Cruz I've had to move four times until I've found a place I feel safe in," Yulia Gilichinskaya, a fourth-year PhD student in Film & Digital Media told Salon in an interview. "I pay over 70 percent of my paycheck in rent."

Though its teaching assistants and graders are well-represented by the United Auto Workers, in a union that covers all the teaching assistants at all of the University of California's nine campuses, Santa Cruz's affordability crisis is unique. Years of anxiety and stress over surviving as a graduate student led to an unprecedented wildcat strike, which tipped off at the beginning of the year.

Now, with their demands still unmet, the student strike is escalating — while police and campus officials are reacting with threats that seem out of proportion to the nonviolent labor action.

On Monday, graduate students went on a full wildcat teaching strike, meaning they are withholding teaching, grading, and office hours. This strike follows previous actions such as withholding 12,000 grades last quarter and taking one of their contractually protected sick days to attend the University of California Regents meeting in January. These efforts have yet to induce the university to meet their collective demand to include a Cost-of-Living Adjustment (COLA) to help alleviate the rent burden of living in an expensive California town.

As Salon previously reported, graduate student teaching assistants at UCSC make $2,434 a month before taxes, for only nine months of the year. The median monthly rent in Santa Cruz County is $1,685, according to data from the American Community Survey.

Jane Komori, a third-year PhD student in UCSC's History of Consciousness, explained to Salon previously: "Everything else is expensive too; these are dismal conditions to learn in and to work in as a teacher."

University of California's tutors, readers, graduate student instructors and teaching assistants across all campuses in the state are unionized with UAW Local 2865. Strikes or threats of strikes are common, but a wildcat strike is uncommon. UC Santa Cruz workers say they turned to a wildcat strike out of frustration: the current statewide UAW Local 2865 contract has language regarding 3 percent wage increases annually, and there is no language about housing subsidies. UC Santa Cruz workers were disappointed with leadership when the current contract was pushed through to approval in August 2018.

The full-on wildcat strike continued on Tuesday. According to several reports, it has been met with resistance and retaliation from university administrators, such as threats to terminate employment. There has also been at least one arrest, and two witnesses from the picket line told Salon they've seen the on-campus UC Santa Cruz Police use violence against protesters.

"The cops were very violent with the batons," Gilichinskaya told Salon. "I've seen people get pushed in their stomachs."

A video taken by a protester and posted to Facebook shows a crowd of on-campus police running into a non-violent crowd, batons waving.

Gilichinskaya added that there have been passive threats of deportation to international students like herself.

"For us, threats to our employment and student status basically mean a threat of deportation," Gilichinskaya added.

Lori Kletzer, Interim Campus Provost and Executive Vice Chancellor, has said in a statement that "participation in the strike will lead to consequences up to and including dismissal from employment" because it is "unauthorized and violates the terms of the collective bargaining agreement."

In an emailed statement to Salon, Scott Hernandez-Jason, the Director of News and Media Relations at UC Santa Cruz, told Salon the above threats weren't meant to be taken as one that would result in deportation.

"The email was well-intentioned and meant to provide fair notice of possible outcomes, though we recognize it may have inadvertently created unnecessarily anxiety in our community," Hernandez-Jason said. "That was not the purpose and we regret any fear it created."

He did confirm there was an arrest on Monday "on a suspicion of delaying and obstructing officers and for driving the wrong way on a roadway."

"I've never had a problem driving up and delivering food; I've been taking food up there for 7 years," he told Salon in an interview. McHenry said the "cops just grabbed" the student, starting "roughing the student up," and then arrested them. According to an update on Twitter, the student was then suspended by the administration.

Hernandez-Jason told Salon: "The UC Santa Cruz Police Department is working to get a statement from a student who reported being injured by police officers."

"The police department is committed to supporting the public's safety and protecting the rights of everyone in our campus community," Hernandez-Jason said. "Officers are held to a high standard and the department will conduct a thorough review."