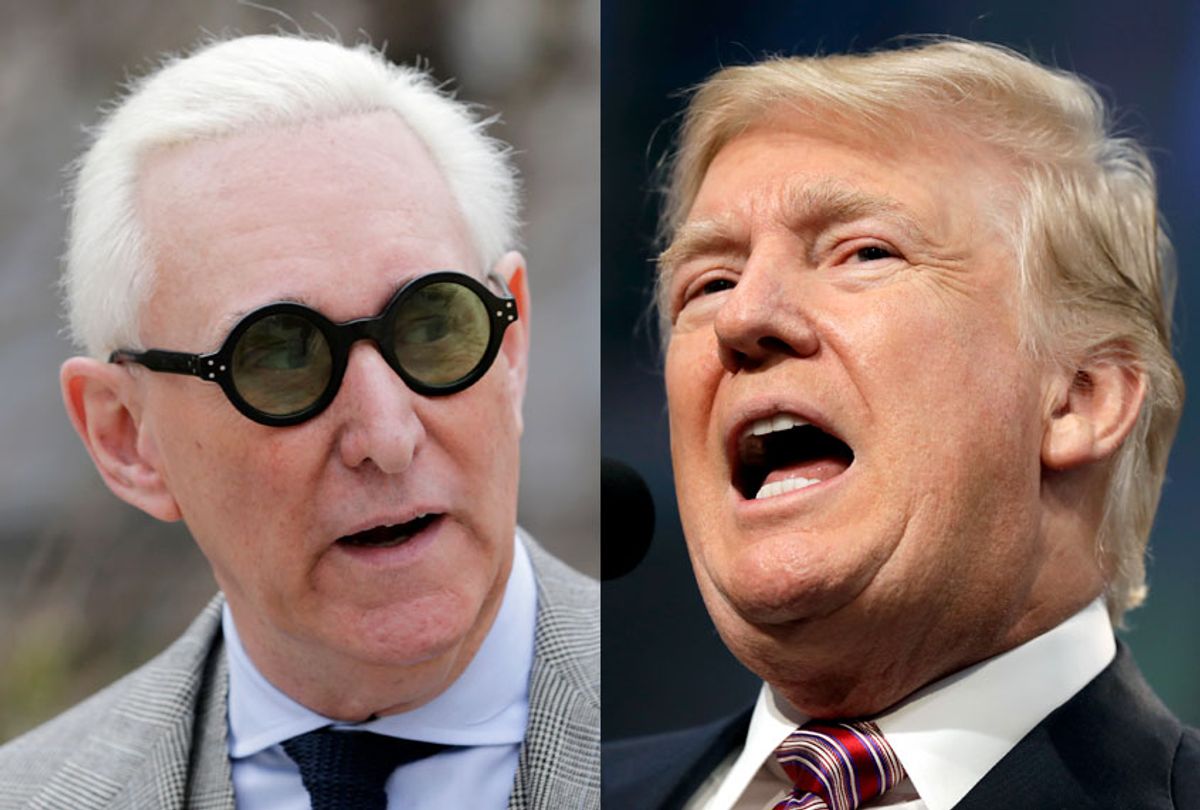 Prosecutor Jonathan Kravis said in a court filing on Tuesday that he is withdrawing from the case and resigning as an assistant U.S. Attorney entirely after the Justice Department said it would force prosecutors to recommend a lower sentence for Stone, CNBC reported. Prosecutors on Monday recommended that Stone serve seven to nine years in prison after he was convicted in former special counsel Bob Mueller's investigation for lying to Congress, witness tampering, and obstruction of justice.

Fellow prosecutor Aaron Zelinsky also withdrew from the case and resigned as a special assistant in the U.S. Attorney's Office in Washington, D.C. but will remain at the DOJ as a federal prosecutor in Maryland, according to the report.

The resignations came after a senior official told CNN that Justice Department leaders were not informed of the sentencing recommendation and would seek to lower it.

A revised sentencing memo is expected to be filed on Tuesday, according to the network.

The DOJ intervened after Trump called the recommendation that Stone serve up to nine years behind bars "disgraceful."

"This is a horrible and very unfair situation," Trump tweeted just after 1 a.m. ET Tuesday morning. "The real crimes were on the other side, as nothing happens to them. Cannot allow this miscarriage of justice!"

Stone was convicted in November of making false statements to Congress, witness tampering and obstruction of justice in connection to his contacts with WikiLeaks, which released emails stolen from Democrats and the Hillary Clinton campaign by Russian military hackers during the 2016 campaign.

Prosecutors said in a 26-page sentencing memo Monday that Stone's crimes call for a sentence of 87 to 108 months in prison.

"Roger Stone obstructed Congress' investigation into Russian interference in the 2016 election, lied under oath and tampered with a witness," prosecutors said in the filing. "When his crimes were revealed by the indictment in this case, he displayed contempt for this court and the rule of law."

Prosecutors said during trial that Stone tried to hide his attempts to coordinate the release of the Clinton emails with Wikileaks. Stone also tried to threaten his friend Randy Credico to stop him from testifying to Congress, according to the Justice Department.

Stone "made repeated efforts to obtain information from an organization called WikiLeaks that could help the Trump campaign," the filing said, detailing his attempts to contact with WikiLeaks founder Julian Assange and his public claims of inside information about upcoming releases.

"During this time period, Stone regularly communicated with senior Trump campaign officials," who "believed Stone was providing them with non-public information about WikiLeaks' plans" and "viewed Stone as the Trump campaign's access point to WikiLeaks."

Stone later lied to Congress about his efforts, prosecutors said.

"Stone's false statements about documents had a significant impact on the committee's investigation," the filing said, and prevented others from submitting evidence to investigators.

The filing went on to detail Stone's defiance of a gag order issued in the case as he sought to raise money for his legal defense.

"Foreign election interference is the 'most deadly adversar[y] of republican government,'" it said, quoting Alexander Hamilton's Federalist Papers No. 68. "The House Intelligence Committee that Stone obstructed was examining allegations that 'the Russian government, at the direction of President Vladimir Putin, sought to sow discord in American society and undermine our faith in the democratic process.' . . . It is against this backdrop that Stone's crimes — his obstruction, lies and witness tampering — must be judged . . . Stone chose — consciously, repeatedly and flagrantly — to obstruct and interfere with the search for the truth on an issue of vital importance to all Americans."

Many observers predicted that Trump could pardon Stone or commute his sentence after his late-night diatribe even before DOJ officials intervened in the case.

"While you were sleeping, the president was teeing up another potential pardon for another criminal ally," The Washington Post's Aaron Blake tweeted.

"Either he's gearing up to pardon this crony / criminal," CNN legal analyst Elie Honig added, "or he's getting ready to deploy [Attorney General Bill] Barr against perceived politics enemies. Or both."

After Trump reacted to his impeachment acquittal by purging his administration of officials that testified against him, national security attorney Bradley Moss predicted that the paperwork to commute Stone's sentence and any sentence that Flynn gets "likely is already drafted."