Stone was found guilty on all seven counts of lying to Congress, obstruction of justice and witness tampering 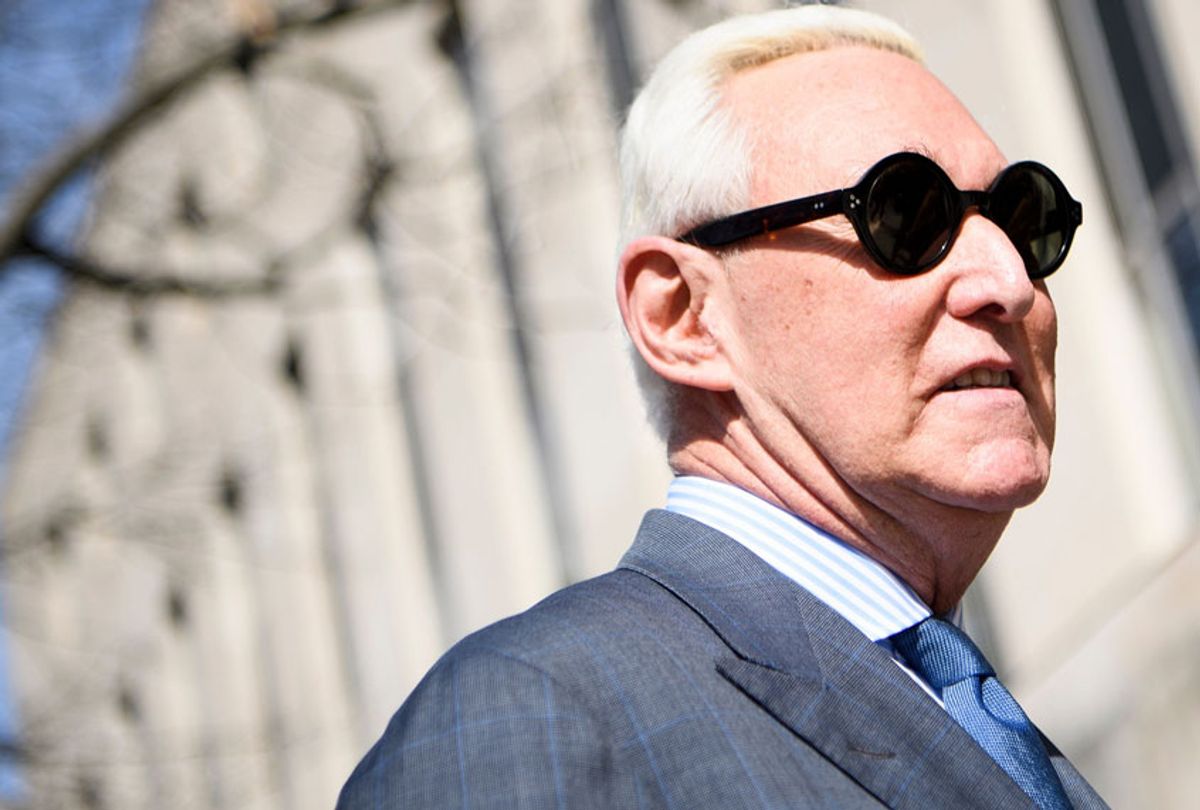 Former Trump associate Roger Stone has been found guilty on all seven counts of lying to Congress, obstruction of justice and witness tampering in a federal trial, Reuters reports.

Stone was indicted in former special counsel Bob Mueller's investigation into the 2016 Trump campaign's ties to Russia. He was charged with lying about his contacts with WikiLeaks to the House Intelligence Committee, attempting to block a witness from testifying and hiding evidence from investigators.

Prosecutors in the case said that Stone lied to Congress because the truth would have "looked terrible" for Trump and his campaign, The New York Times reported.

Multiple former Trump advisers, including former White House strategist and campaign chief Steve Bannon and former deputy campaign manager Rick Gates, testified against Stone at the trial. Both men said that Stone claimed to be in contact with WikiLeaks and predicted releases of emails stolen from Democrats before they occurred.

Gates testified that moments after a phone call with Stone, then-candidate Trump announced "more information" would be coming from WikiLeaks in July of 2016, contradicting Trump's sworn testimony to Mueller.

Bannon testified that Stone represented himself as the link between the campaign and WikiLeaks.

Stone briefed the Trump campaign about everything he learned about WikiLeaks' plans "every chance he got," prosecutor Jonathan Kravis said.

Gates faces up to 20 years in prison for the most serious charge, but he is expected to receive a considerably lighter sentence, according to The Times.

Along with lying to Congress, prosecutors said that Stone tried to pressure radio host Randy Credico, who Stone said was his intermediary with WikiLeaks founder Julian Assange, to not cooperate with investigators in the case. Credico claimed that Stone wrongly painted him as an intermediary. Prosecutors revealed text messages which showed Stone threatening Credico and urging him to lie to Congress.

Because of Stone's lies, prosecutors said that investigators were unable to identify the extent of the contacts between him and the Trump campaign about WikiLeaks in the Mueller probe.

Stone formally worked for Trump's campaign in the summer of 2015 but continued to serve as an informal adviser. Stone was Trump's closest political adviser for decades. He also co-founded a lobbying firm with Manafort in the 1980s and communicated with him about WikiLeaks during the campaign.

"I have an idea," he wrote in the subject line of one email he sent to Manafort that prosecutors showed in court. In the body, he wrote, "to save Trump's ass."