"I want everybody to have the opportunity that I've had," Michelle Caruso-Cabrera says 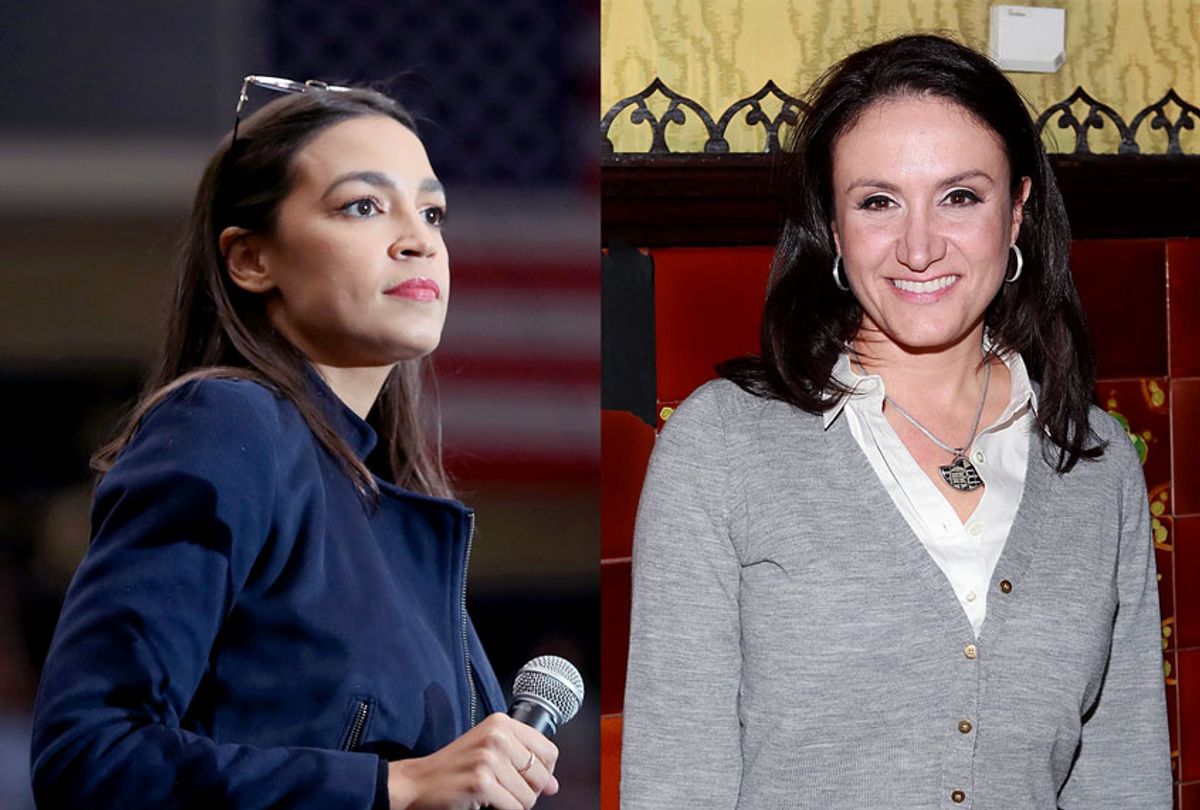 A former CNBC anchor has mounted a primary challenge against one of the Democratic Party's most prominent progressives: Rep. Alexandria Ocasio-Cortez of New York.

"I am the daughter and granddaughter of working class Italian and Cuban immigrants," Michelle Caruso-Cabrera said in a statement announcing her campaign Monday. "I am so lucky to have had such a wonderful career, and I want everybody to have the opportunity that I've had. That's why I'm running."

Caruso-Cabrera has a professional relationship with the business news network stretching back more than two decades, including previous stints as both co-anchor of "Power Lunch" and chief international correspondent. A registered Democrat for years, Caruso-Cabrera would likely occupy a more moderate lane than Ocasio-Cortez, who has endorsed the democratic socialist presidential campaign of Tuesday's victor in the New Hampshire primary: Sen. Bernie Sanders of Vermont. The former CNBC anchor wrote a book in 2010 titled You Know I'm Right: More Prosperity, Less Government and has long supported economic policies in favor of free market approaches and skeptical of government regulations.

Ocasio-Cortez is set to face a number of primary challengers, with another prominent contender being New York City councilman Fernando Cabrera. There is also a large field of Republicans who hope to run against the incumbent in the 2020 election, including Jamaican-American businesswoman Scherie Murray.

Murray claimed that Ocasio-Cortez "chooses self-promotion over service, conflict over constituents, resistance over assistance" in a video announcing her campaign this summer. She also accused the congresswoman of "turning [jobs] away," a reference to the New York legislator's role in scuttling a potential deal that would have moved a second Amazon headquarters to her district in the Queens borough of New York.

After The Hill published an article on her possible primary rivals, Ocasio-Cortez pointed to how one of the anonymous Democrats interviewed said, "You've got council people who've been waiting 20 years for that seat."

"That broken mentality — that public office is something you wait in line for instead of earning through hard organizing — is exactly what voters want to change," she said at the time. "Shows you how disconnected some folks here are."

Ocasio-Cortez was elected to Congress in 2018 after pulling off an upset primary victory over incumbent Rep. Joseph Crowley. Her campaign depicted the moderate incumbent as a figure of the Democratic Party's establishment. At one point in time, Crowley was considered to be a possible successor to Speaker of the House Nancy Pelosi, D-Calif.