The Trump associate was convicted of making false statements to Congress, witness tampering and obstruction 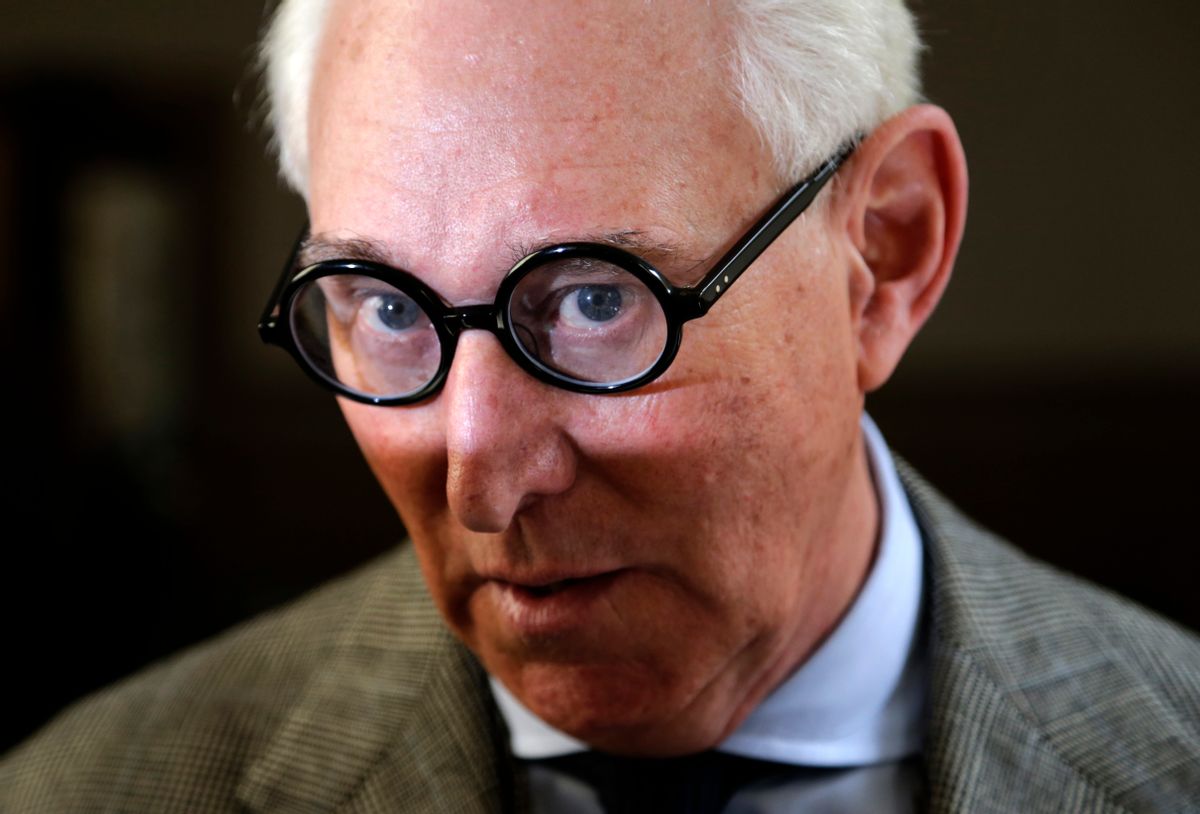 A pair of Fox News on Tuesday hosts called for leniency to be showered upon Roger Stone, the former adviser to President Donald Trump's 2016 campaign turned convicted felon.

Tucker Carlson described Stone as "a 67-year-old man with no criminal record caught up in the Russia hoax." The following hour, his colleague Sean Hannity characterized the nine-year sentence recommended by prosecutors as "insane."

On rival MSNBC, host Nicolle Wallace accused the president and allies of seeking to erase the investigation of special counsel Robert Mueller.

"They are seeking — Donald Trump and William Barr — to erase all of the crimes that were prosecuted by Mueller's team, and there is no other way to say it," Wallace said Tuesday. "They are seeking to erase a chapter that Donald Trump was always embarrassed by, always felt exposed by and that happened to reveal many of the people around him as felons."

Four prosecutors working on Stone's case withdrew Tuesday after the Justice Department announced that it would reverse course on the recommended sentence of nine years. Aaron Zelinsky, who was a member of former special counsel Robert Mueller's team, said in a court filing that he also "resigned as an assistant United States attorney." The department's intervention in the case came after Trump referred to the Stone sentencing recommendation as a "miscarriage of justice."

Stone insisted to Salon in 2017 that Democrats did not want him to testify, because "if I'm allowed to do so, I will put the lie to this Russian myth based on what we're learning today. I think we'll have confirmation that I was the subject of a FISA warrant back in June. That would mean that the government's been looking in all my emails and texts and my phone, you know, monitoring my phone conversations."

He added, "They may find out a lot of interesting things, but what they won't find is any contact or coordination with any Russians ever to Russia. Never spoken to anybody in Russia in the last five years."