Both brain size and drinking habits are linked to genes, not directly to each other 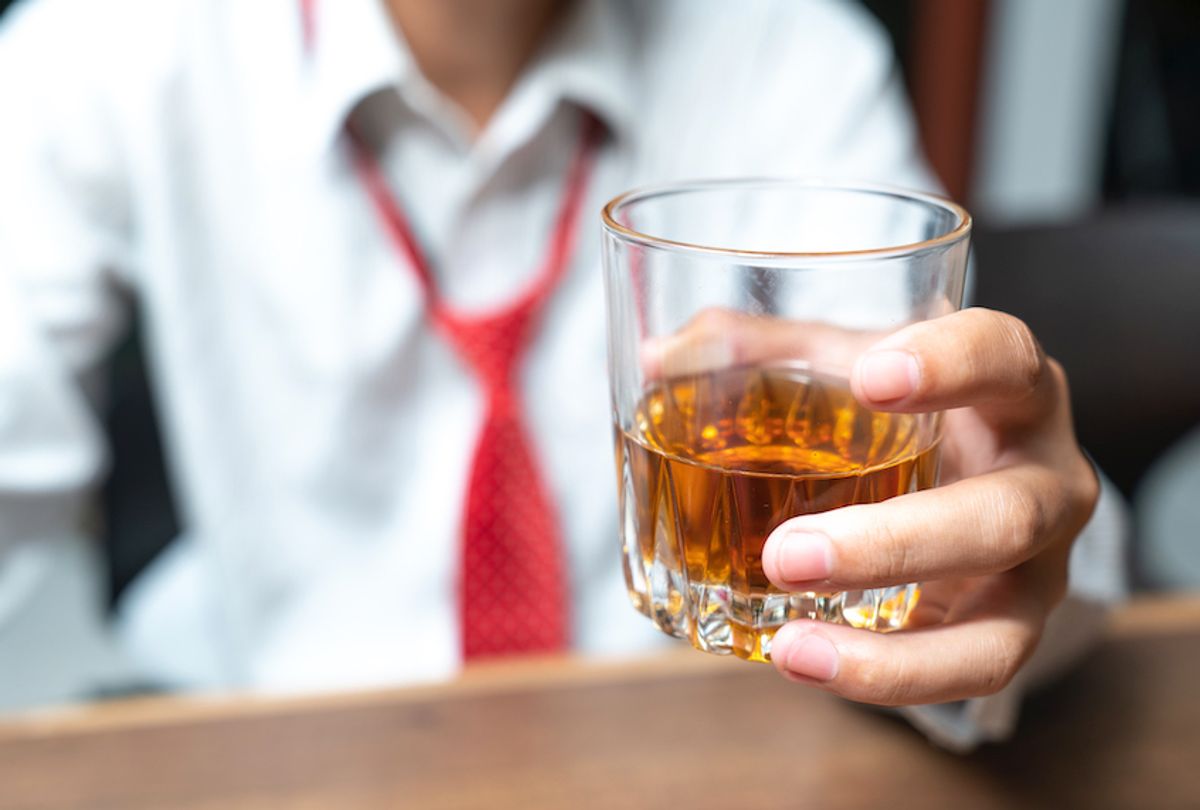 Alcohol is one of the most widely used and abused drugs on the planet. It's important for us to understand how it is, or is not, affecting our bodies and our health. There are countless studies linking alcohol and health — from how a small amount of red wine may be good for your heart, to how moderate drinking may help protect against dementia — but the problem is that correlation doesn't always imply causation.

As a PhD student, I wondered, could I test the popularclaim that moderate alcohol use shrinks people's brains? This is actually quite tricky. In animals, we can design sophisticated experiments to ask "does x cause y?" kinds of questions, but these are often impossible in humans. We can do a randomized controlled trial to test whether a new treatment works better than a current treatment, but the opposite, testing whether a treatment or drug is harmful, is highly unethical and out of the question.

What other options are there? One of the most powerful approaches in humans is to study twinsand siblings. Twins and their siblings share many of the factors that can complicate or mask causation in standard studies. They have very similar or nearly identical genetics, their early life experiences were probably almost the same, they were likely raised in the same house and had similar nutrition, the list goes on. If one twin behaves differently (for instance if one drinks a lot and the other hardly at all) and the twins alsodiffer on the outcome we're interested in (in my research, brain volume), then that provides evidence that there might be a causal effect. By using twins and their siblings, human disease researchers can account for all kinds of alternative explanations for why people have the illnesses that they do.

So, that's what we did. First, my colleagues and I examined a group of over 1,300 college-aged adults and found several parts of the brain that were smaller in people who drank more. I then conducted an analysis on a second data set with adult twins and their siblings (over 800 of them), looking at alcohol consumption and brain volume, and did not find any evidence of a causal effect. Twins didn't differ in their brain volume, regardless of how much they drank. This, and some other analyses, suggested that there are separate genetic factors that drive both reduced brain volume and increased alcohol consumption.

Moderate alcohol consumption, it turns out, doesn't shrink people's brains. Instead, people with brains that are a little smaller than average in a couple places are likely to drink slightly more than people with average sized-brains. In genetics we call this a "predispositional" effect, because brain volume is a marker for a genetic predisposition to drinking alcohol (brain size, by the way, is not strongly correlatedwith intelligence, if you were wondering).

My first analysis in one set of people saw evidence for a genetic effect, but is there any corroborating evidence? If brain volume indicates genetic predisposition towards drinking alcohol, then it should also predict a person's future alcohol consumption. We analyzed a data set of children and adolescents whose brains were scanned before they'd ever drunk alcohol, and then reported their alcohol use over the next six years. We found that the sizes of some parts of their brains predicted the age at which they would go on to have their first full drink of alcohol. This suggests that brain structure truly is a marker of risk for alcohol consumption.

But is this conclusion plausible? Is there any evidence that's how biology actually works? To answer this, we turned to a data set of human gene expression, and found that genes that are associated with alcohol consumption are likely to be highly expressed in the human brain. Digging deeper, we identified genes that are expressed at different levels in the brain depending on a person's genetic risk for alcohol use. We don't know exactly what these genes do (which is not unusual, as there are thousands of genes), but we do know that they are probably important for brain development. Our results, recently publishedin the journal Biological Psychiatry, show that it is biologically plausible that alcohol genes also affect the brain.

Some things remain unclear. We don't know where the arrow of causality is pointing. Brain structure is a marker for genetic predisposition towards alcohol use, but that doesn't mean that brain structure is causing people to drink more. It might be the case that changes to brain structure are part of the mechanism by which genetic risk affects how much a person drinks later in life, but we have no hard evidence one way or the other.

There are also still lots of unanswered questions and several different directions for future research. An important one is figuring out how much alcohol it takes to actually start damaging the brain. We know that alcoholism, and probably even chronic binge drinking, damages the brain. But where is the boundary between moderate and heavy alcohol use, in terms of the impact on the brain? Another question is when associations between genetic risk for alcohol use and brain structure emerge. We know that the brain changes a lot over the course of human development – identifying when differences in brain structure arise could help point to the biological processes that are affected by a genetic risk for alcohol use.

No matter the finding, it is important to remember that correlation isn't causation. A correlation is the first hint at a possible causal relationship, but there are lots of alternative explanations out there for any connection we might observe. In the case of alcohol and the brain, my research found that there are genetic factors that influence both alcohol use and brain volume, resulting in a correlation between the two. This finding refines our understanding of the impact of alcohol use on human health, and helps to point the way to biological mechanisms that might be helpful for the treatment or prevention of substance use disorders in the future.