The country's first president was a problematic man, and yet even he recognized the evils of partisanship 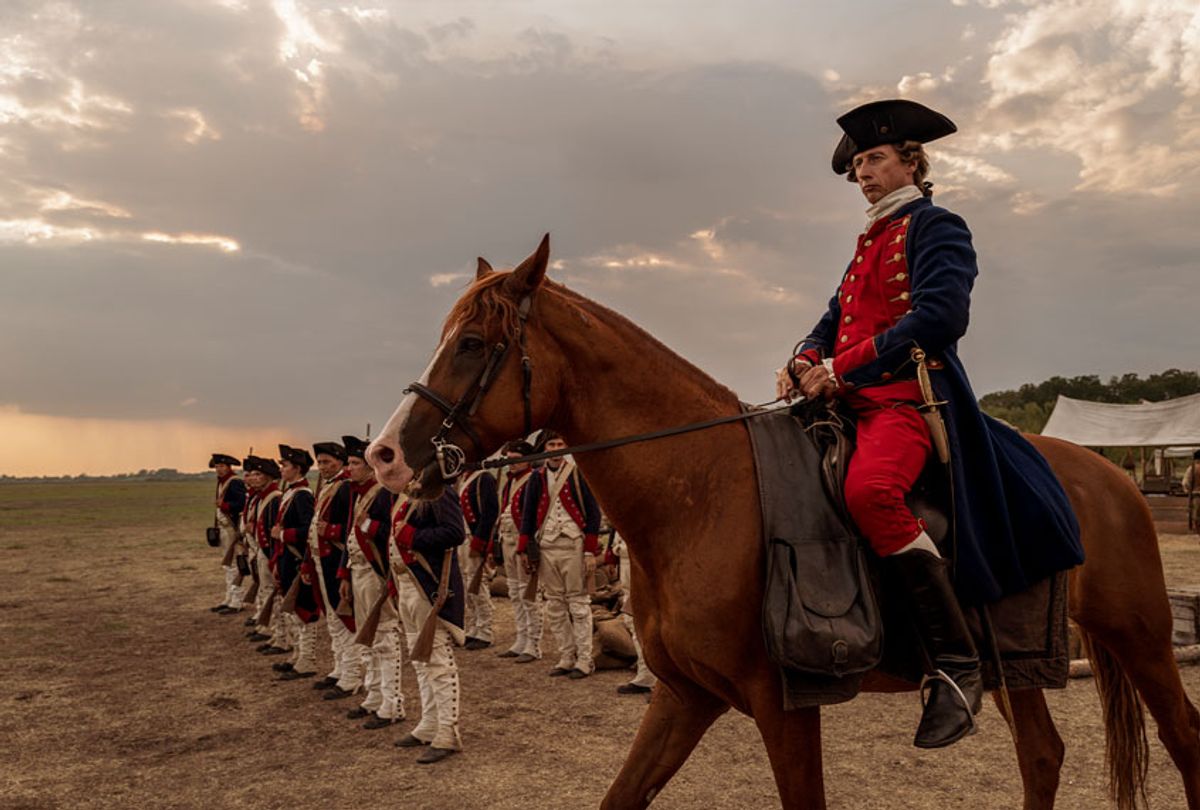 In the age of Donald Trump, America needs to remember the lessons taught by George Washington.

It will be hard for politically perceptive Americans to shake that thought while watching the three-part docuseries "Washington," which premieres Sunday, Feb. 16 at 8 p.m. ET on History Channel and continues at that time over the next two days. For all of his faults, George Washington changed history by refusing to become a king. In fact, he twice refused to become a king: First after leading America to victory in the Revolutionary War, and then years later when as America's first president he turned his power over to John Adams, the winner of the previous year's presidential election. The modern world had not known leaders who would voluntarily relinquish power, and by doing so Washington demonstrated that democracy could work.

This is perhaps Washington's greatest legacy, greater even than winning the war and being America's first president. It is also a legacy that needs to be remembered at this point in our history, since President Trump has revealed himself to be precisely the kind of demagogue that Washington feared . . . and he may not willingly relinquish power, as Washington did more than 200 years ago.

First, though, a few words about the docuseries itself, which is narrated by Jeff Daniels and includes commentary from former President Bill Clinton, former Secretary of State Colin Powell, and a number of heavyweight popular historians (Pulitzer Prize-winner Doris Kearns Goodwin executive produces). The film covers all of the important details of Washington's life as it follows him from his early years as an ambitious British military officer and plantation aristocrat through his leadership in the Revolutionary War. He is presented as a great man, but not a god. His flaws receive due focus: The self-interested and racist support for slavery, the bumbling during and after the French and Indian War's Battle of Jumonville Glen, the fearsome temper.

Because the series is honest about his shortcomings, however, his admirable qualities stand in sharper relief. Washington followed a strict code of honor, learned from his mistakes, deeply believed in the cause of democracy and sacrificed greatly to advance it. He was an intelligent businessman, an able general and an inspiring leader who disciplined his soldiers but cared for them too. Against odds so steep the term "overwhelming" seems like an understatement, he led a band of ill-trained ordinary citizens against the world's most powerful military and won. After that, he shaped our modern government by presiding over the Constitutional Convention in 1787 and serving as America's first president.

A good docuseries about Washington needs to sufficiently emphasize all of these points — and "Washington" is up to that task.

As any student of public history will tell you, there is a fine art to creating a documentary within any medium that can appeal to everyone while remaining accurate and thorough. "Washington" pulls this off by seamlessly interweaving dramatic reenactments of major events with commentary from leading scholars that puts everything in context.

The cast here is top notch, particularly Nicholas Rowe as George Washington and Nia Roberts as his wife, Martha Custis Washington. The commentary provided by political luminaries like Clinton and Powell and journalist John Avlon is welcome and insightful, and the film wisely relies on historians who are at the top of their game, including Joseph J. Ellis, Annette Gordon-Reed, Jon Meacham and Alan Taylor.

Even the pacing is impressive: A docuseries that spans nearly four hours can easily drag, but "Washington" tells its subject's history with a briskness that doesn't impose on the patience of viewers who are interested in learning about him. My main criticism is that there are some important details about the man that are left out — his foreign policy views are given short shrift, and important figures like Oney Judge, his runaway slave who he tried to recapture, are overlooked entirely — but for the most part, it is successful.

To understand precisely how Washington's life pertains to the threat posed by Trump, however, I recommend focusing on the final episode of the docuseries, which airs on Feb. 18.

There are two moments in that episode which are particularly instructive. The first is its reenactment of Washington's famous Newburgh Address in 1783, when he urges the soldiers who had just won the Revolutionary War against overthrowing Congress and installing him as king. More than a decade later, when his presidency is coming to an end and he refuses to run for a third term or become a king (despite much of the world assuming he would eventually arrest Adams to remain in power), Washington uses his 1796 Farewell Address to warn about how partisanship can lead to the rise of a dictator.

That address feels significant and pointed to our current political climate. Washington says hyper-partisanship "opens the door to foreign influence and corruption, which finds a facilitated access to the government itself through the channels of party passions," and that this would lead to the rise of "cunning, ambitious, and unprincipled men . . . destroying afterwards the very engines which have lifted them to unjust dominion."

Never have Washington's words mattered more than right now and sound descriptive of Trump, who has behaved in ways that raise doubts about whether he would step down if defeated in the 2020 presidential election. No one can dispute his ambition, and his cunning and unprincipled nature can be seen from his close ties to the Russian government and attempt to get Ukraine to investigate into former Vice President Joe Biden to the partisanship apparent in his rigged impeachment trial and pressuring the Justice Department into going easy on his Russia scandal cohort Roger Stone. All of this was done with impunity due to the support of a base corrupted by the partisanship that Washington feared.

To the extent that any human being's behavior can be ascertained through informed speculation, we can confidently assert that Washington would want Americans to hold Trump accountable for his misconduct, and to be on guard against the possibility that he won't step down when it is time for him to leave his office. The man depicted in History's docuseries would want Trump supporters to set aside their partisanship and oppose him when he abuses his power. I won't venture guesses on how Washington would view any other Trump policies, but it beggars belief to think he wouldn't be alarmed about the possibility of Trump or any other president becoming a dictator.

If Americans remain faithful to the principles of their national paterfamilias, Trump can be thwarted should he actually make a move against democracy. It is for this reason that "Washington" is so desperately needed right now: Americans who support Trump have forgotten Washington's most vital lesson, and it is important that they be reminded of it.