Despite his claims, Bloomberg didn't disclose taxes as NYC mayor — and I have the receipts

In Las Vegas, Bloomberg claimed he released his tax returns as NYC mayor. I was there — and that's not true 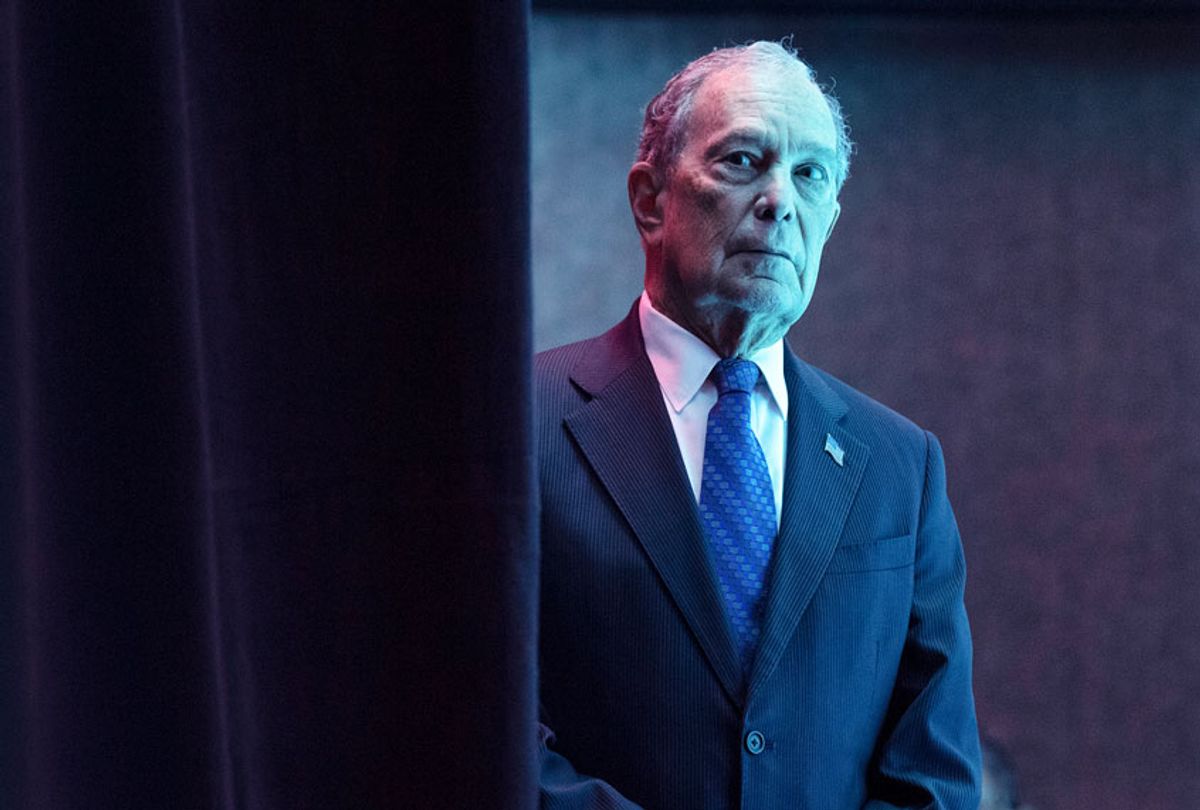 Former New York Mayor Mike Bloomberg lied on Wednesday night when he said during the Democratic debate in Las Vegas that he had "put out" his "tax return every year for 12 years in City Hall."

I have the proverbial receipts for this assertion, in the form of audio files and extensive reporting from my years covering him as a reporter at WNYC, New York's largest public radio station

There are also a dozen years of news stories about Bloomberg's annual disclosure farce.

In 2012 I reported that we had the following exchange after a press conference on a new paving machine. I was working on an Occupy Wall Street-inspired investigation into how the über-rich like Bloomberg structured their global wealth machines.

Why won't you disclose what you physically pay in terms of federal taxes?

There is no reason to. We have categories and I have a personal life. The accountants will tell you I pay 100 percent of my taxes. I don't have tax shelters in the context you would talk about it. I pay what I am supposed to pay. We earn money all around the world.

On Wednesday night in Las Vegas, Bloomberg's false statement came in a response to a question from Hallie Jackson, who framed it around "transparency."

Jackson: Mayor Bloomberg, your campaign has said that you would eventually release your tax records.

Jackson: When it comes to transparency, people are already voting now. Why Should Democratic voters have to wait?

Bloomberg: It just takes a long time. Unfortunately, or fortunately.

The former mayor, one of the world's richest men, went on to explain that he makes money from his business ventures "all around the world."

As for his tax return disclosure, he said the released forms would be in the thousands of pages.

"I can't go to TurboTax," Bloomberg said. "But I put out my tax return every year for 12 years in City Hall. We will put out this one. It tells everybody everything they need to know about every investment that I make and where the money goes."

What followed next was not any of the other candidates, or the NBC panel, challenging Bloomberg about his prevarication.

The one candidate who mustered the moment, following Bloomberg's deceitful condescension, was Sen. Amy Klobuchar, who rightly pointed out that every other person on the stage had disclosed their taxes.

"Mayor, I think — and it's a major issue, because the president of the United States has been hiding behind his tax returns, even when courts order him to come forward with those returns," she said.

She continued after the applause from the audience died down.

"And I think — I don't care how much money anyone has. I think it's great you've got a lot of money. But I think you've got to come forward with your tax returns."

Bloomberg responded that he would release his within a few weeks. "And that's just as fast as I can do it," he said. "Remember, I only entered into this race 10 weeks ago. All my associates here have been at this for a couple of years."

That's when I threw something at my TV, because Mayor Mike was using his "got into this late" pretext to once again tap-dance past accountability, something that's easier to do when so many people in the room are on your payroll.

He may be rusty in the give and take of a live debate, but the Bloomberg machine has been well oiled for years. His employees have been beta-testing a presidential run since Donald Trump was just a reality TV star.

Part of my beat at WNYC was attending the annual financial fan dance that conducted by Bloomberg's press secretary Stu Loeser at the office of the mayor's accountants, Geller & Company, on Third Avenue.

In point of fact, all reporters would see was a heavily redacted tax return where dollar amounts were substituted with letters of the alphabet to reflect bands of value. We could not make copies. What we got to take home to peruse at our leisure was Bloomberg's annual New York City Conflict of Interest Board disclosure, which required he list the companies he owned or in which he held a beneficial interest.

What I noticed was that over the arc of his tenure as mayor from 2002 through 2013, the number of companies listed went from 40 to more than 80 and included entities domiciled in Bermuda, the Cayman Island and Delaware.

My awareness of the proliferation of these Bloomberg entities come just as the Occupy Wall Street movement was getting traction and starting to alter foot traffic in and around Zuccotti Park in lower Manhattan. That also coincided with Bloomberg calling for a repeal of the Bush tax cuts and for raising taxes across the board as a way to deal with the rising wave of federal government red ink.

So, as a beat reporter with regular access to New York City's wealthiest global citizen, I felt I should ask him why he did not disclose what he paid.

It had been my hope to explore just how great global wealth was structured in the 21st century. Bloomberg was a key case study, with more than 40 limited liability companies in Delaware and dozens of others in places like the Cayman Islands and Bermuda.

I then put other major media companies through the same analysis and the structure was similar. It didn't matter if it was Fox or the New York Times.

I took my Bloomberg research to Jeffrey Sachs, one of the world's leading economists and author of "The Price of Civilization."

Sachs told me that great wealth and corporations had leveraged globalization in a way that put them beyond the reach of individual governments, and that capital on the scale we were talking about actually could play governments off of each other. These fortunes had in essence subjugated the earth's nations in a form of 21st-century empire that would define all of our lives.

"We have ended up in a pretty rotten corrupted system and so the real space of our politics is extraordinarily limited," Sachs said in a 2012 interview at his Columbia University office. "The ultimate truth is that the debt is rising, the interest payments are rising. That was "squeezing out" what was socially available "to pay for education, on roads, for clean water," he continued. "All of it is to protect the core of interests which drives our politics, which is a few corporate sectors where the real money is."

So while human beings can be jailed or even killed for trying to cross a national boundary, big money never needs a passport to fly anywhere. Governments are always happy when it lands locally.

I got some internal resistance on this story. WNYC's general counsel was concerned that I was suggesting Bloomberg was doing something illegal. I was not. I was just trying to describe the contours of a global fortune in the age of surging homelessness and wealth inequality.

At the time, Bloomberg's rationale for not disclosing his taxes was that they amounted to a kind of proprietorial secret sauce that if revealed would put his business empire at a competitive disadvantage. Nobody really pushed back on that. Ever since the white man hustled Manhattan from the Native Americans, this has always been a company town.