Sanders scorches Bloomberg's debate performance: "Trump will chew him up and spit him out"

"We are a democracy — one person, one vote — not a guy worth $60 billion buying an election" 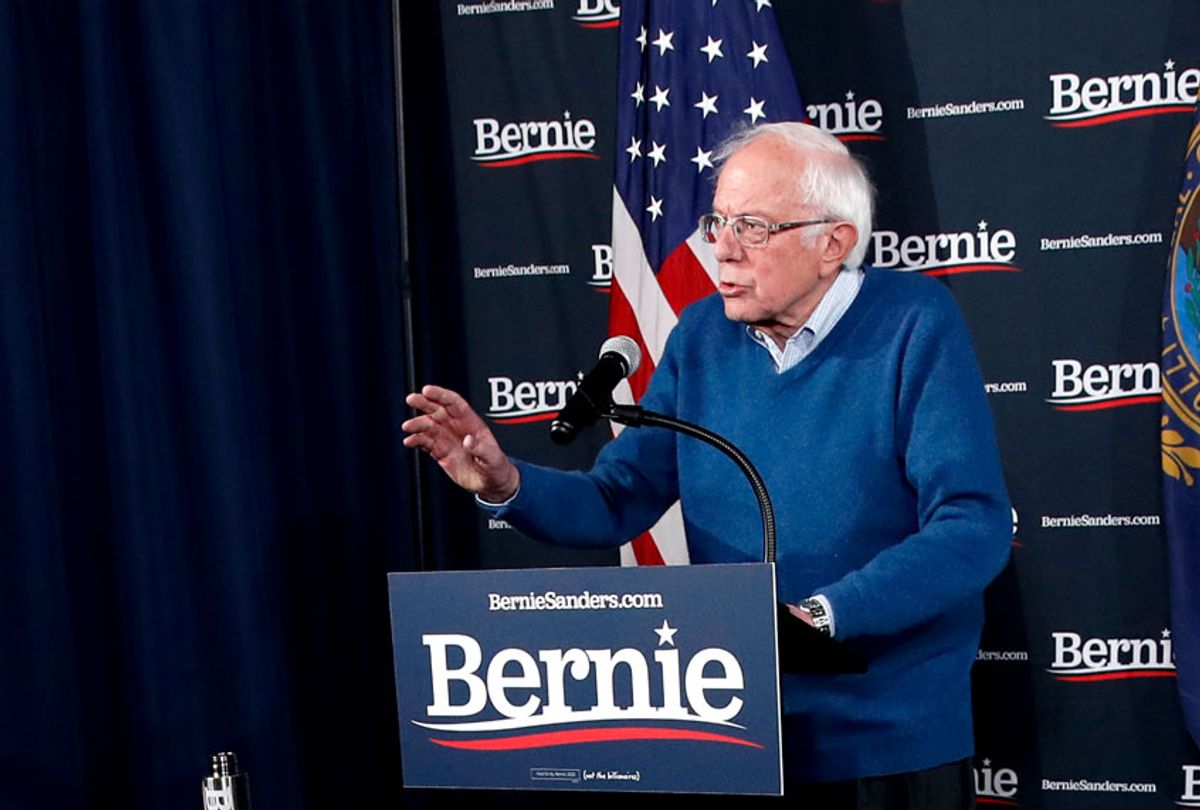 Many centrist and Blue Dog Democrats, including MSNBC's Donny Deutsch, have been arguing that former New York City Mayor Mike Bloomberg would be a much better Democratic Party nominee for the 2020 presidential election than Sen. Bernie Sanders — a self-described "democratic socialist" who they view as unelectable. But Sanders, who has been surging in recent polls and won the Democratic presidential primary in New Hampshire, strongly disagrees. And during an appearance on CBS' "60 Minutes," the 78-year-old Vermont senator asserted that Bloomberg is the one who would have a hard time running against President Donald Trump in the general election.

"60 Minutes" correspondent Anderson Cooper (best known for his work on CNN) asked Sanders if he was "surprised by how unprepared" Bloomberg "seemed for some very basic obvious questions" during the Democratic presidential debate in Las Vegas on Wednesday, February 19. And Sanders responded, "Yes, I was. And if that's what happened in a Democratic debate, you know, I think it's quite likely that Trump will chew him up and spit him out."

Cooper went on to ask Sanders, "Are you less worried about Michael Bloomberg? If you were worried about him before, are you less worried now after having that debate?" And the Vermont senator (who some pundits are now describing as the Democratic presidential frontrunner) replied, "I am worried about an unprecedented amount of money being spent on a campaign. We've never seen anything like this in American history, and I just think, though, that the American people will rebel against this type of oligarchic movement. We are a democracy — one person, one vote — not a guy worth $60 billion buying an election."

According to CNN, Bloomberg (a former Republican) has so far spent $464 million of his own money on his presidential campaign.

Some of Sanders' supporters have argued that he should run as a Green Party candidate if Bloomberg wins the nomination, but the Vermont senator is adamantly opposed to that idea. And despite his vehement criticisms of Bloomberg, Sanders has made it abundantly clear that if he doesn't receive the Democratic presidential nomination, he will campaign for whoever is nominated — including Bloomberg.