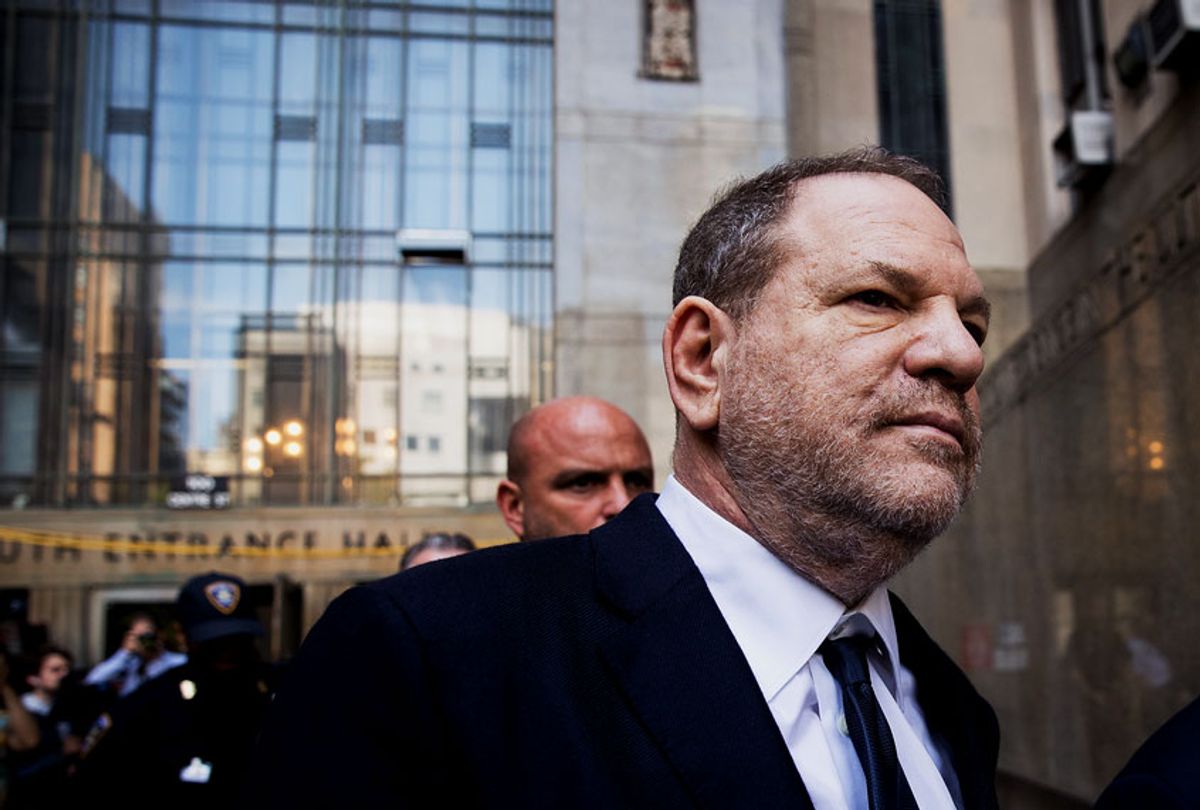 According to sentencing guidelines, his conviction for rape in the third degree could lead to anywhere from probation to four years in prison, while his conviction for criminal sexual act in the first degree could lead to up to five years in prison. Weinstein was found not guilty on two charges of predatory sexual assault, which could have led to life sentences, and was additionally found not guilty of rape in the first degree against Jessica Mann, which could have led to five years in prison.

The jury of seven men and five women needed five days to find Weinstein guilty. In a note sent to Judge James Burke on Friday, the jury revealed that it had reached a unanimous verdict on the counts of sexual assault, first-degree rape, and third-degree rape, but could not reach a verdict on two counts of predatory sexual assault, according to USA Today. Manhattan Assistant District Attorney Joan Illuzzi told the jury that it needed to continue deliberating on the two predatory sexual assault charges, adding that "we're not willing to accept" a partial verdict. Weinstein defense attorney Damon Cheronis said that he needed to consult with his client, and all of the lawyers huddled with the judge before Burke told the jury to return to their deliberations.

Four other women testified at the Weinstein trial. Tarale Wulff and Dawn Dunning have accused Weinstein of sexually assaulting them when they were waitresses, and "The Sopranos" and "Hand That Rocks the Cradle" actress Annabella Sciorra claims that Weinstein raped her. Another woman, Lauren Young, says that Weinstein groped her and ejaculated in her presence.

Overall approximately 100 women have accused Weinstein of sexual misconduct. When the accusations against him became part of the mainstream news cycle in 2017, they prompted other women to come forward with their own stories of sexual abuse with the hashtag #MeToo. The subsequent #MeToo movement led to public accusations against other powerful men who, their accusers alleged, had engaged in various forms of sexual misconduct against them.

Prior to the accusations against him, Weinstein was best known as an Oscar-winning producer who made films like "Good Will Hunting," "Shakespeare in Love," "The King's Speech" and the filmography of acclaimed director Quentin Tarantino.