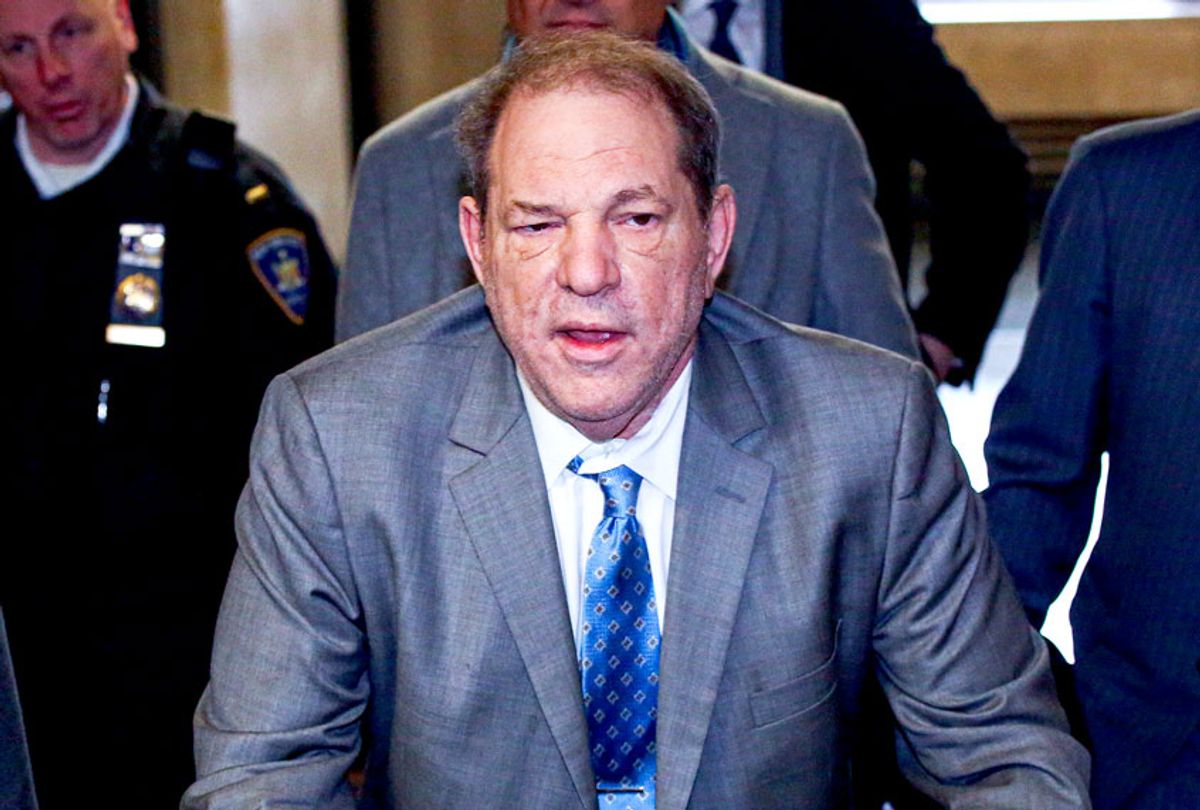 Film producer Harvey Weinstein arrives to the court on February 18 2020 in New York City. Weinstein has pleaded not-guilty to five counts of rape and sexual assault, he faces a possible life sentence in prison if convicted. (Kena Betancur/Getty Images)
--

The lead defense attorney for disgraced former movie producer Harvey Weinstein was scolded by a judge on Tuesday morning for writing an editorial that was "100% inappropriate."

Judge James Burke warned attorney Donna Rotunno to not speak with the press after she wrote an editorial in Newsweek on Sunday that directly addressed the jury in the Harvey Weinstein criminal case and urged them to not be influenced by press reports about his alleged behavior. Weinstein has been accused of rape and sexual misconduct.

In her editorial, Rotunno wrote that "for the process to work as intended and to operate in good faith, jurors must accept the responsibility of not just considering the facts, testimony and evidence, but cutting through the noise of a media and public intent on injecting their narratives into the courtroom, twisting those facts to fit their point of view. The burden of proof is on the prosecution; the media and public have no such burden."

She added, "Judges instruct jurors to avoid all media coverage and outside influences in making their decision. But in a high-profile case like Harvey Weinstein's, does anyone think that's realistically possible?

After describing Rotunno's editorial as "100% inappropriate," Burke told Weinstein, "I would caution you about the tentacles of your public relations juggernaut" and asked the defense team, "You don't think addressing the jury in the first person isn't problematic?"

This is not the first time that either Weinstein or his defense team have been reprimanded by the judge for their behavior during the trial. Last month, after Weinstein began texting on his cell phone only five minutes into the second day of his trial, Burke lectured Weinstein.

"Mr. Weinstein...is this really the way that you want to land up in jail for the rest of your life…by texting and violating a court order?" Burke asked.

In addition to Mann and Haley, four other women are testifying about their alleged encounters with Weinstein at his New York City trial. These include Tarale Wulff and Dawn Dunning, two waitresses who claim they were sexually assaulted by Weinstein, and "The Sopranos" and "Hand That Rocks the Cradle" actress Annabella Sciorra, who says that Weinstein raped her. A woman named Lauren Young claims that Weinstein groped her and ejaculated in her presence.

Roughly 100 women have accused Weinstein of various sexual forms of sexual misconduct since 2017, with his alleged actions inspired other women to come forward with stories of their own abuse in the #MeToo movement. Prior to the accusations, Weinstein was best known as a film producer whose films frequently won Oscars, with his filmography including "Shakespeare in Love," "The King's Speech" and the works of directors Quentin Tarantino