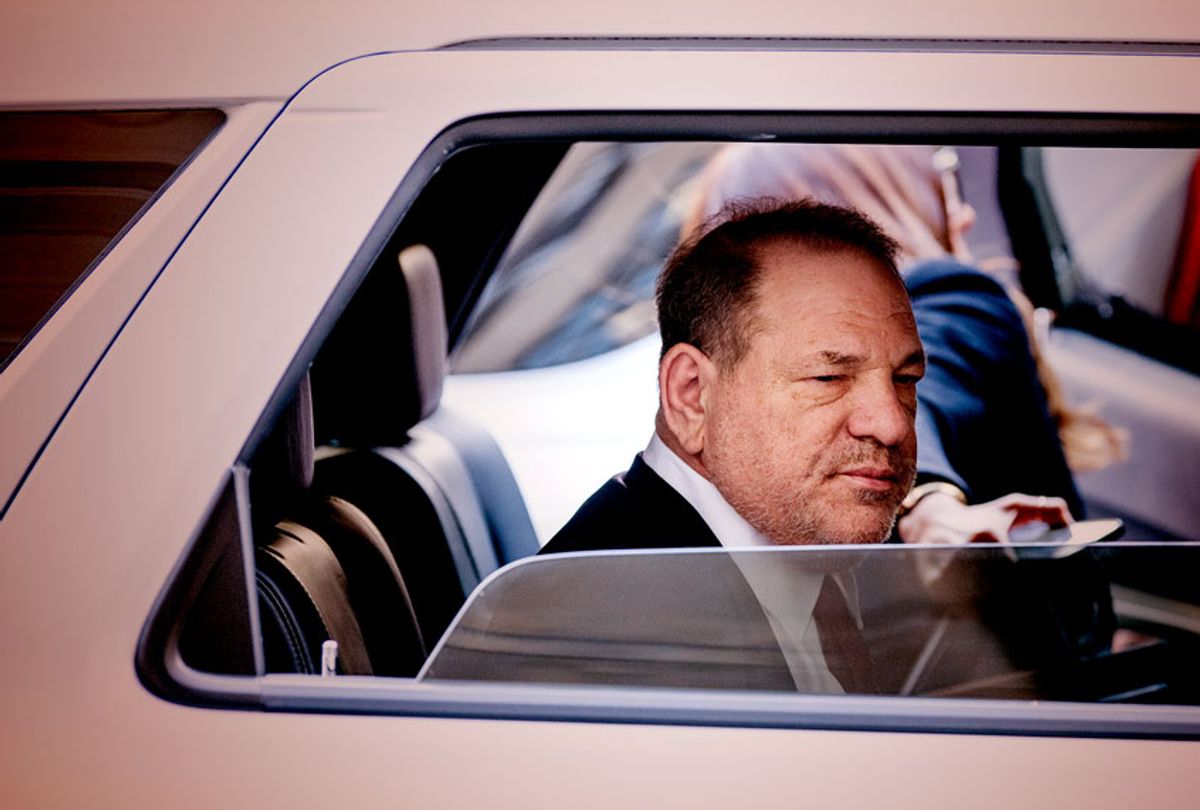 Tarale Wulff and Dawn Dunning, two waitresses who claim they were sexually assaulted by disgraced movie producer Harvey Weinstein, took the stand on Wednesday for the alleged serial rapist's New York City trial to provide emotional accounts of their stories.

Wulff claims that she was lured to Weinstein's apartment in 2005 after being told she was going to an audition, according to Variety. Once there, she claims that Weinstein beckoned her into his bedroom, pinned her by her arms, reassured her that he had had a vasectomy after she protested and used his body weight to hold down her body.

"I just went blank . . . and he put himself inside me and he raped me," Wulff testified. She said that she never received the promised audition and never told anyone about the alleged incident because, "I just wanted it to go away. It's easiest for me just to pretend like it didn't happen . . . and go back to work."

Dunning, a 40-year-old former Ohio waitress who is now a costume designer, claims she was also sexually assaulted by Weinstein one year earlier. After meeting with him several times to discuss her career, Weinstein invited Dunning to a boutique hotel in TriBeCa with promises that she would meet people in the film industry. Once there, she claims that Weinstein touched her genitals, but told her "not to make a big deal about it." Although she ignored the incident at the time, she met Weinstein at a second Manhattan hotel for a different meeting later. Weinstein answered the door wearing nothing but a bathrobe and asked Dunning to agree to a threesome with him and one of his assistants in exchange for three movie roles. She laughed because she thought it was a joke.

According to Dunning, "He got really angry and started screaming at me, 'You'll never make it in this business. This is how the industry works. This is how,' — and he named three actresses — 'got to where they are.'"

Weinstein is being tried in New York City for forcibly performing oral sex on one woman, Miriam Haley, and raping another woman, Jessica Mann. Six women, including Dunning and Wulff, are testifying in the New York trial that Weinstein attacked them, with those whose cases have passed the statute of limitations providing testimony that establishes a pattern to reinforce the cases of the others. One of those women, "The Sopranos" and "Hand That Rocks The Cradle" actress Annabella Sciorra, testified last week about Weinstein allegedly raping her